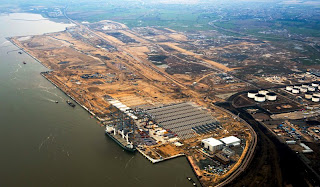 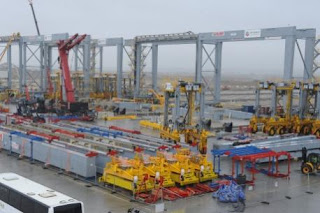 DP Worlds traffic declined 7 percent in the first quarter from a year ago, reflecting the sale of stakes in container terminals and lower volumes in all key markets except the Americas and Australia.
The Dubai-based company handled 12.8 million 20-foot-equivalent units at more than 65 terminals worldwide, down from 13.8 million TEUs in the first three months of 2012. After adjusting for divestitures and monetization of the portfolio, traffic declined 3.5 percent.
The consolidated terminals, in which DP World has majority control, saw traffic fall 6.4 percent to 6.2 million TEUs. On a like-for-like basis, volume was down 5.1 percent.
“Despite a continuation of subdued markets at the start of 2013 and notwithstanding the challenging macroeconomic conditions, we still expect like for like container throughput in line with 2012 with our portfolio focused on the faster growing emerging markets and more stable origin and destination cargo,” DP World Chairman Sultan Bin Sulayem said.
In 2012, the state-controlled company sold terminals in Tilbury, United Kingdom; Adelaide, Australia; Aden, Yemen; and Vostochny, Russia. The sale of a 75 percent stake in CSX World Terminals in Hong Kong is expected to close in May 2013, and no adjustments have been made.
DP World, the world’s third largest container terminal operator, has divested 2.9 million TEUs of capacity in 2012 and the first quarter of 2013.
Volume declined in the Asia-Pacific region, the Indian subcontinent, Europe, the Middle East and Africa, but this was partially offset by improved performance in the Americas and Australia.

So why build a brand new port in the UK if there is not any new trade to attract ???? or do they want to do it on the cheap with non union labour. There is NEED and there is GREED and our government seem to be promoting this.