Reducing ‘time out’ a shared goal 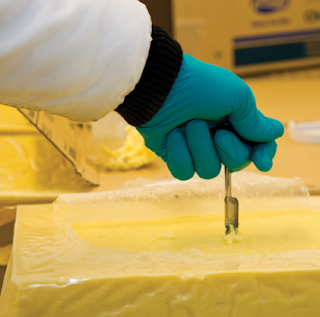 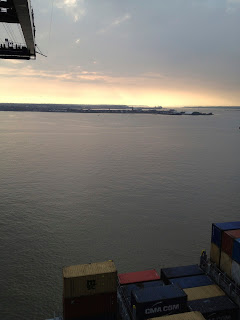 Working together can undoubtedly oil the wheels of port commerce. In the UK, Suffolk Coastal Port Health Authority has worked closely with the Port of Felixstowe to reduce ‘time out’ for containers called in for inspection.
“We have a fantastic working relationship and inspection facilities due to the port’s acceptance and understanding of the Port Health function,” says Port Health manager James Lumley. “This is due to collaborative teamwork and due diligence in responding to the constantly evolving legislative requirements as they arise.
“We are together innovative in our approach, utilising bespoke systems to ensure the physical process [of calling in and inspecting boxes] is as lean as possible – to manage everybody’s needs and expectations whilst ensuring the core hygiene requirements are upheld.”
Both Port Health and the port are equally keen to keep the levels of delay as low as possible, says Mr Lumley. “The port examination team calling time for box inspection is currently an average of 1.2 days. This time last year it was 1.6 days – but outside, some people still think it is ten days. Within Port Health, we are down to a mean average, excluding waiting for sample results, of just over three days from the importer or agent submitting clean paperwork to us releasing the consignment; however, this isn’t an exact science as vessel arrivals and consignment concerns can result in this being longer.”
Steps taken at the port in recent years have led to better communication between the various statutory authorities. Where a box might previously have been pulled out for inspection by Port Health, unpacked, repacked and returned to the yard, only to be called by Customs the next day, inspections are coordinated wherever possible.
However, shippers and forwarders also have an important role to play in keeping boxes moving, says James Lumley.
“The one thing that constrains us is the amount of paperwork that comes in late and incorrect. Certainly we have a very good understanding of the pressures on importers and agents; however, 25% of documents are presented late, after the vessel has arrived. This isn’t directly the agent’s fault in a lot of cases; it is often to do with external factors impacting their own efficiencies, but ultimately this presents a bottleneck all round.
“More worryingly, one in three documents presented have errors on them and once communicated back for correction it can be another day added on to the release process. The knock-on is that the one-in-three presented wrong means the two-in-three presented clean and correct can be inadvertently compromised and constrained because of the time it takes to process those documents now amended. This is then compounded when added to those submitted late pending inspection, which creates frustration and overburden all round – something we are keen to avoid.”
http://www.porthealth.eu