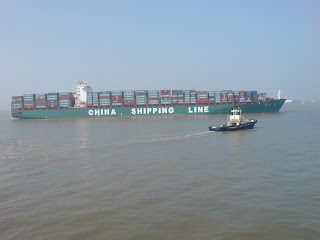 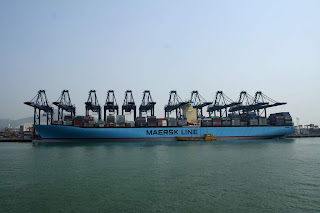 Shippers face the likelihood of more slow-steaming on the major east-west trade routes from Asia to the U.S. and Europe as ocean carriers take delivery of more big ships, Drewry said on Monday.
The London-based consultant said it believes carriers are losing money due to the freight rate war taking place in these trades, and they are still confronted with surplus capacity.
It expects carriers to take steps soon to cut vessel capacity between Asia and Europe and between Asia and the U.S, which will result in longer transit times. But it said schedule reliability should improve due to the greater opportunity for making up lost time.
“Although slow-steaming continues to be a contentious issue with shippers, more is on the way as fuel prices remain stubbornly high and ocean carriers can no longer absorb the bill due to the parlous nature of their finances,” Drewry said in its weekly container market analysis.
Bunker fuel prices have declined from last year’s highs, but they still averaged more than $600 per ton during the first four months of the year.
At the end of April, 31 ships over 10,000 20-foot-equivalent units remained on the schedule for delivery this year, and carriers are running out of trade lanes to cascade 8,000-TEU ships out of the Asia-Europe trade lane. The only option is more slow-steaming, Drewry said.
“But with east-west freight rates now plummeting to sub-economic levels again, ocean carriers can return to the view that ‘shippers get the service they pay for’ by further releasing pressure on their vessels’ accelerators,” it said.