A large amount of redundancies have been announced at London Thamesport, this is due to the departure of Hapag Lloyd to the Port Of Southampton as from the first week in November 2013. Listed below is the revised shipping list for this Port. The Dockers here work for the same company as us here in Felixstowe so they should be offered the full support of the Dockers here at Felixstowe. 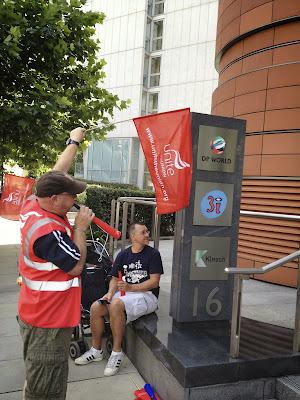 Most of this has been caused by London Gateway opening up with no new trade and due to the fact that their workforce will be non unionised casual labour.................. we live in a modern age but this new super port is going back to the 1940s