P3: a recipe for prime vintage or cheap plonk? 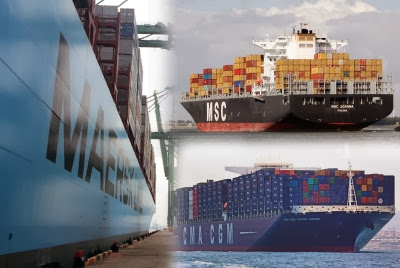 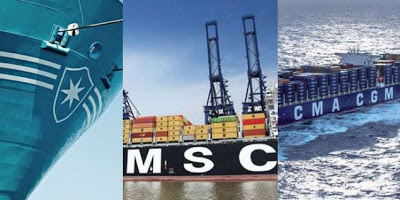 For the P3 alliance this is the time of ferment. The plan is to turn container service into a prime vintage of unrivaled first-class global service, dependable, all-encompassing, and low cost. The downside is that the competitive review may dilute the effort into plonk or worse, convert it into vinegar.
Predictably, the regulatory review of the P3 proposal to combine the operations of Maersk Line, MSC and CMA-CGM has the carriers on edge, given past actions and the proposed summit of US, European and Asian regulators to examine the P3 proposal.
The US Federal Maritime Commission (FMC), which suggested the combine, seems hardly staffed to conduct a worldwide review in a short time.
Recall, though, that the FMC last year investigated whether Prince Rupert, Canada, threatened the port of Seattle because of the US harbor maintenance tax. It was a bit of a fool’s errand since the two ports barely compete at the margin. The FMC typically sides with those worried about competition.
The European Commission has been far more active, but its last act of note was to phase out conferences in the Asia-Europe trades because of shipper complaints about competitive collusion.
The tilt of the Asian authorities is likely coloured by the fact that P3 has no Asian members. The Chinese, in particular, have demonstrated in the Vale iron ore case that it is willing to make up its own rules, if necessary, to protect its home carriers. One rumor has it that the Chinese would like to enlarge P3 to include its carriers, but that would push the market share capacity for the Asia-Europe trade over the 50% mark.
It could be that two shipping consortia with a few outliers is the future of liner shipping, but that seems premature and is dependent on the staying power of various carriers. Economics, not regulators, will determine.
The main argument in P3’s behalf is that it would create improved service for shippers.
With its new ships sliding down the ways, Maersk et al already have a jump in network service. The strength of the argument for improved service is also its weakness; it adds to a competitive squeeze that is expected to last at least three more years due to overcapacity.
Already one pundit has quoted a shipper as hailing P3 as an opportunity to ship with MSC and get Maersk service. Ah, but what if the customer ships with Maersk and gets MSC service?

THE Asian Shippers Council (ASC) says the P3 mega alliance of Maersk, MSC and CMA CGM is too big and will bring with it greater market volatility.
The ASC said P3 would be far bigger than any other alliance in terms of the number of ships, size of ships' sailing frequency and port coverage, and could accelerate the demise of smaller players, which would increase market volatility.
"Such a concentration of capacity is untenable," said ASC chairman John Lu. "We fear the worst should the regulatory authorities give its approval. With fewer service providers, we can only imagine what effect this will have on freight rates and service levels."
The ASC said the problem could be exacerbated if competitors tried to match the P3 Network by ordering larger ships and expanding fleet sizes. That would worsen the supply-demand imbalance and "bring about price wars and rate volatility".
Said China Shippers' Association vice-chairman Cai Jia Xiang: "Businesses like certainty to allow us to plan ahead, but the shipping environment is anti-certainty. Already, shippers have to put up with fluctuating freight rates, longer lead times and service cancellations."
The proposed alliance will consist initially of 252 ships totalling 2.6 million TEU deployed in the Asia-Europe, transpacific and transatlantic trades with an estimated 42 per cent market share on the Asia-Europe route, 24 per cent on the transpacific and 40 per cent transatlantic.
The ASC described Maersk Line, Mediterranean Shipping Co and CMA CGM as "audacious" for moving forward without regulatory approval.
"Offices are being set up in London and Singapore - the two centres with no regulatory oversight - and the service was announced on the MSC website. There has also been a string of articles justifying the need for P3 in the media," said the ASC.
The statement referred to remarks by US Federal Maritime Commission commissioner Richard Lidinsky, who said the alliance was moving forward without regulatory approval.
The ASC supported the FMC's decision to invite regulators in the European Union and China to a summit in Washington to discuss the P3 Network. No further details on the summit have emerged.
"The P3 is not a done deal - not by a mile - whatever the alliance may think. We are delighted that the FMC has initiated the meeting of regulatory authorities," Mr Lu said.
The FMC has extended the deadline by 20 days to November 29 for concerned parties to submit comments on the P3 Network.
The alliance has received a mixed response from shipper organisations. The Global Shippers' Forum supports vessel-sharing agreements as long as the carriers pass efficiency gains on to customers. Meanwhile, the European Shippers' Council said that in principle it had nothing against the alliance as long as it did not impact shippers' choice in terms of price, service level and routing.