With a completion date projected for Quarter 3, 2015, Peel Ports’ new Liverpool 2 container terminal will accommodate 2 vessels up to 13,500 TEU on a riverfront quay. 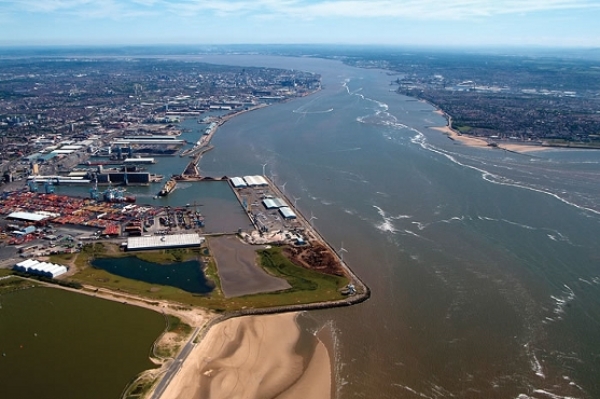 Liverpool2, the Port of Liverpool’s new £300 million container terminal, is scheduled to open for business in 2015. Image: The Big Partnership

Peel Ports has appointed UK-based infrastructure contractor FES to deliver a 33,000 high voltage (HV) ring main for the Liverpool2 deepwater container terminal project.
Work to provide additional electrical capacity at the Port of Liverpool, which will provide extra resilience and support for the multi-million pound expansion plans began earlier this month. To form the new HV ring main around the port will involve installing an extra 4 kilometres of cabling and three new substations.
“We are delighted to be given the opportunity to be involved in the works for such a prestigious project as Liverpool2,” said FES divisional director, Charles Easton.
“The work planned will help provide an enhanced electrical infrastructure, which will support the Liverpool2 project and allow for future works at the Port of Liverpool to be carried out effectively.”
In a statement, Peel Ports said that work on the installation of the HV ring main is scheduled to be completed by early 2015.
As part of further infrastructure investments, Peel Ports has also appointed Scottish Power ManWeb to provide a 132,000/33,000 volt 30MV network upgrade, which will deliver a new 8-kilometre network supply to the Port of Liverpool.
Work on the proposed underground cable installations, between Litherland Grid Substation at Rimrose Valley Park and the Seaforth Container Terminal, started at the end of last year and is likely to finish in March 2014.
“This is a great step forward for our expansion plans at the Port of Liverpool, which include the deep water container terminal at Liverpool2,” said programme director for Peel Ports, Douglas Coleman.
“We operate in an increasingly competitive market and understand that in order to continue growing our business and deliver world class customer service; we need to continue to invest in our current infrastructure.
“By working with FES and Scottish Power ManWeb we are not only able to support our current projects, but we are able to ensure we have the capacity and resilient infrastructure in place to support future expansion plans, as we grow and evolve as a port.”
Liverpool2 is scheduled to open for commercial business in 2015.