Orwell Bridge: New speed limit to be introduced ‘by the end of summer 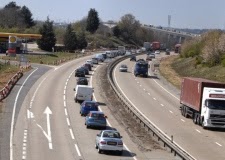 A new speed limit to cut accidents on the Orwell Bridge will be introduced this summer, it has been announced.
Tim Passmore, Suffolk’s police and crime commissioner, said the reduction was agreed this afternoon during a “constructive” meeting with the county’s highways agency.
The announcement, which followed another accident and morning of tailbacks on the bridge, was welcomed by Mr Passmore who said it was “vitally important” to keep traffic moving.
“We know that any hold up on the A14 has a huge impact on Suffolk’s economy,” he said.
“Not just from the point of view of local companies and commuters but also the damage it does to the county’s reputation.”
Highways bosses first considered the new limit, which is likely to be 60mph, in November last year.
Mr Passmore has now confirmed it will take effect “by the end of summer” and will also cover the approach to the bridge on either side - including the problematic slipway by the Shell filling station. 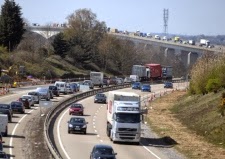 Although Mr Passmore said there were “no immediate plans” to improve the slipway itself, he added that it was “still on the agenda” and could be considered if the other alterations did not fully resolve the problems.
At a later stage, Mr Passmore said highways bosses were also considering the introduction of variable speed limits which would change depending on traffic levels and weather conditions.

“Hopefully that will reduce the severity of any accidents that do occur and also reduce the numbers of accidents in the first place,” he said.
With the council facing criticism over the time taken to clear up after accidents, the commissioner also welcomed moves from highways bosses to speed up their response across the entire county.
“Anything we can do to keep traffic moving is really important,” he said 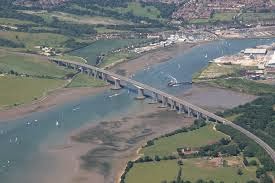