Containership Crashes into Rail Bridge in Fremantle in wild storm 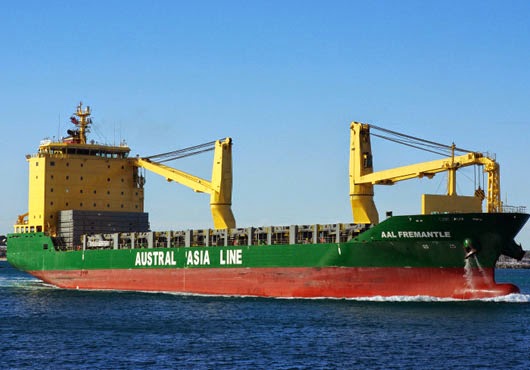 A wild storm has caused the containeship AAL Fremantle to break its moorings and force it into the Fremantle railway bridge. The incident occurred last night amid winds reaching up to 122 kph.
AAL Fremantle was unloading its cargo of cars at berth 11, North Quay. Due to the wind the rope at the stern snapped. This resulted in swinging the vessel out into the port.

“Although the mooring lines at the bow of the ships held good, the ships swung out at the stern. The stern of AAL Fremantle came in contact with scaffolding on the Fremantle Rail Bridge and one of the power poles on the bridge subsequently fell into the harbour," was said in a statement by the Fremantle Ports.

The Public Transport Authority (PTA) has closed the rail bridge to assess the damage. David Hynes, official with the authority, added:

Furthermore, Grand Pioneer, a car carrier too, was pulled by the storm from its moorings at berth 12, North Quay, forcing it into the refuelling vessel Parmelia 1.
According to the Fremantle Ports, both cargo vessels have been towed back and an investigation has been launched into the incidents.