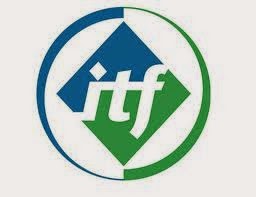 The ITF (International Transport Workers’ Federation) has vowed to keep a close eye on the corporate conduct of global network terminal operator (GNT) Hutchison Port Holdings (HPH) in Panama and Indonesia.
In Panama, ITF-affiliated unions are now legally recognised as the most representative of workers at Hutchison’s Panama Ports Company (PPC) but despite this, a company-backed, or ‘yellow’, union has appealed to the Labour Minister of Panama.
There have been ongoing concerns over Freedom of Association for PPC workers, while legitimate questions have been raised over tactics used by the yellow union in their appeal to the Minister.
Panamanian unions at the ITF congress today called for solidarity from comrades in other unions across the world as they continue to fight for their right to collectively bargain for better rights and conditions.

Ray Familathe, international vice president  of the ILWU and ITF dockers’ section vice chair, said: “Hutchison has said they will work with whoever the Government declares, but the ITF believes that they need to work with the union that really represents workers. The ITF will keep a close eye on proceedings.”
Meanwhile, in Jakarta, Indonesia, workers at the Jakarta International Container Terminal are concerned over plans to extend the concession to Hutchison Port Holdings.
Unions say the port would be more profitable for the people of Indonesia if run by the Government.
They want transparency and information about the concession and are calling on the Indonesian Government to consult with the union and stakeholders before any final decision is made.
Workers protested outside Indonesia’s State Palace on August 7 for job security and workers’ welfare and in the past couple of days, the ITF was advised that the union believes there could be retaliation against union leaders.
The JICT union has called on the ITF to write a letter of support to the President of Indonesia.
“The situation is unacceptable. We demand that workers have access to information and a say in their future and that union leaders are not targeted for exercising their right to protest,” said Ray Familathe.
“Indonesia and Panama have both been highlighted as strategic countries for the ITF in the coming four years and affiliates will keep a close eye on developments in both countries.”
The 43rd ITF Congress in Sofia brings together almost 2,000 participants from 379 unions in 116 countries.