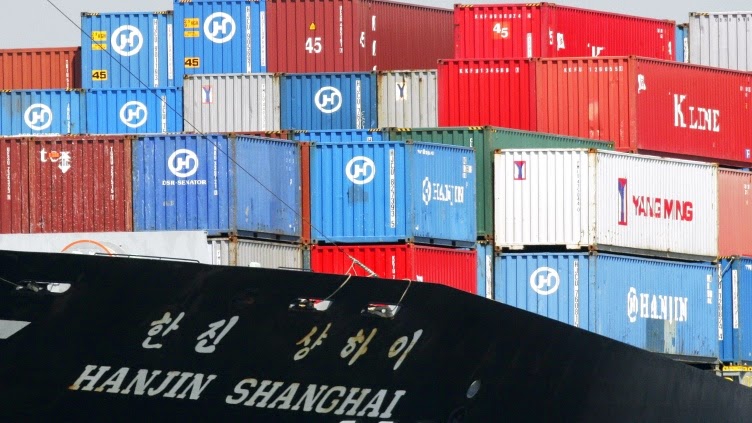 Hanjin Shipping, South Korea's biggest shipping company, announced on 26 September that it would issue convertible bonds to raise KRW9.6Bn ($9.2M) for working capital.
KDB Daewoo Securities, Samsung Securities, Woori Investment & Securities, Mirae Asset Securities, and Hyundai Securities will each pay KRW1.92Bn to subscribe to the bonds.
Coupon rate of the convertible bonds will be 5.93% and the maturity interest rate will be 7.43%.
The bonds will mature on 30 September 2017, at which point Hanjin Shipping would repay the holders 104.9894% of what they had paid. The conversion period will be from 30 September 2015 to 30 August 2017.
From 20 August 2016 to 30 May 2017, if the bond holders wish to redeem the securities early, they may exercise options that oblige Hanjin Shipping to repurchase the bonds at 103.2025%- 104.5303%.
Hanjin Shipping told IHS Maritime that this bond issue is solely for working capital purposes and is not tied to its ongoing financial restructuring.
On 27 June, Hanjin Shipping issued KRW3.2Bn worth of convertible bonds as part of measures to improve its liquidity.
Three years of consecutive losses have led Hanjin's loans snowballing to over KRW9Trn and it is due to repay about KRW1.25Tn this year.
On 11 June, Hanjin's affiliate Korean Air Lines became its biggest shareholder through a KRW400Bn purchase of additional shares, giving it a 33.2% stake.
Related news:
Hanjin Shipping sells Algeciras terminal for $140M