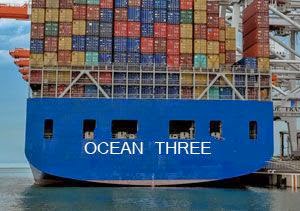 US – WORLDWIDE – The Federal Maritime Commission (FMC) has cleared the recently announcedOcean Three alliance between freight carriers CMA CGM, UASC andChina Shipping without the 45-day review period that both the 2M and the failed P3 networks had imposed on them. The reason given is that as the three container shipping lines would have a combined market share of under 30%, the new arrangement became legally eligible for exemption of the review period. The fast-tracking of Ocean Three has angered FMC Commissioner Richard Lidinsky, who, having been the lone dissenter by voting against 2M and P3, is now calling for an internal investigation into the handling of this Vessel Sharing Agreement.
Lindinsky’s main objection to the fast-track is the lack of communication between the FMC staff that finalised the decision and the FMC Commissioners, but Chairman Cordero has said he was satisfied that the staff did their jobs strictly in accordance with the applicable regulations. The FMC Chairman pointed out to Mr Lidinsky that sixty four similar alliances or amendments to existing alliance agreements had been similarly passed in the previous twelve months.
The FMC acceptance of the new arrangement authorises the parties to cooperate on routes between Asia and the US East, West, and Gulf Coasts through a combination of vessel sharing and slot exchange/charter arrangements. This means the arrangement can proceed whilst waiting to see how the outcome of any possible internal investigation would affect the network. 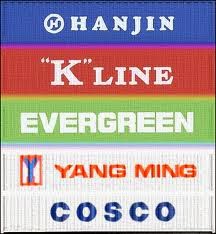 In other alliance news, the members of the CKYHE Alliance; COSCO, K Line, Yang Ming, Hanjin Shipping, and Evergreen Line, have informed the FMC, the Chinese Ministry of Transport, and the European Commission, of plans to expand their cooperation to US trades.
On the US trades, CKYHE will follow the same pattern of cooperation that the alliance members have used in the Asia/Europe, Mediterranean trades during the past year, which they hope will provide the carriers with greater operational flexibility and will permit each of them to better serve its customers, offering wider port coverage, increased frequency of sailings and stable transit times.
If granted regulatory approval, the parties will discuss and agree their cooperation with a target implementation date of the spring 2015. The new worldwide alliances will see sixteen of the world’s largest container shipping lines tied up in the four vessel sharing deals, Ocean Three, 2M, G6 and CKYHE, assuming those waiting for Chinese and European approval (Ocean Three and 2M) are found to be acceptable by the relevant authorities.