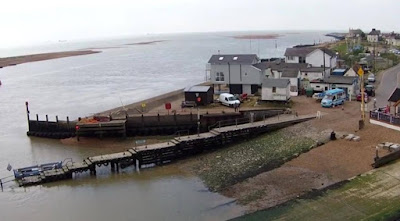 Unusual aerial views of Felixstowe Ferry, from the drone and camera of Mike Amos:

After announcing its decision on Friday to withdraw from the Europe-West Africa trade, Japanese ocean carrier MOL said it would continue to serve the West African market from Asia.
This is despite the fact that this trade is also facing great challenges and suffered a 12% year-on-year volume decline in April.
Its last southbound vessel, the 2,600 teu Atlantic Voyager, is scheduled to depart Antwerp on August 3, with its final northbound sailing departing Tema on August 29.
“Our decision was inspired by the poor financial results of our Europe-West Africa service and the fact that, based on the present market outlook and cost exposure, conditions for an improvement of the results are not favourable,” the company said.
The sharp drop in in oil prices has hit the economies of African nations, such as Nigeria, that depend heavily on oil exports for revenue, and with commodity prices for iron ore, copper, rubber and cotton also plunging, a recent report by the World Bank predicted a “challenging year” for the continent.
According to the latest analysis from Drewry Maritime Research, the headhaul Asia-West Africa trade made a “stuttering start” to 2015, after recording healthy growth of 7% in 2014.
However, volumes shrank by 4% in the first four months of the year to approximately 410,000 teu.
Container Trade Statistics’ (CTS) data supplied to Drewry show that in April southbound trade volume was 12% down on the same month of 2014, at 107,000 teu. However, this was not nearly so bad as March, which saw a massive 29% year-on-year slump in the headhaul traffic.
In response to weakening demand on the route, carriers have slashed capacity southbound from 203,000 teu in February to 178,000 slots in April, said Drewry, by skipping a number of voyages.
The deteriorating demand picture has also forced container lines to reconsider their business strategy of upgrading the size of ships deployed on the trade.
According to Drewry data, although blanked sailings have helped to boost average ship utilisation levels on the southbound route – from just 45% in March to 60% in April – the capacity cull has failed to arrest the continual decline in spot rates, which plunged from almost $4,500 per 40 ft in May 2014, to less than $2,500 per 40 ft a year later.
On the major east-west shipping lanes this year, carriers have been largely unsuccessful in implementing general rate increases (GRI), and the Asia-West Africa market has brought equally bad times for ocean carriers.
Drewry noted that a $600 per teu GRI planned for June 1 had been postponed until July 1, but said it “was unlikely” it would be entirely successful, given that “very little has changed in the interim”.
This all seems a far cry from the TOC West Africa briefing held in Tenerife in December, when delegates expressed concern at the worsening levels of port congestion blighting the region and the ability of the container terminals to cope with the cascading of larger tonnage onto the trades.
Drewry’s analysis concluded: “The demand outlook for this trade has quickly deteriorated and is unlikely to reverse course in the short term.”

It is with deep regret that we inform you that we have decided to discontinue our participation in the Europe – West Africa Trade. Our aforementioned decision is inspired by the poor financial results of our Europe - West Africa service and the fact that based on the present market outlook and cost exposure conditions for an improvement of the results are not favorable.

Below you can find an overview of the final MOL Europe-West Africa sailings:

We would like to thank you for your support and apologize for any inconvenience our decision may cause. 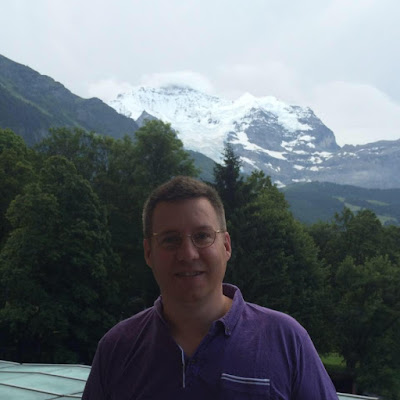 Hi please would you be so kind to post a goodbye to all at Felixstowe Dock for me. My leaving happened very quickly so was unable to wish everyone well. Thank you Paul Branton aka Pickles 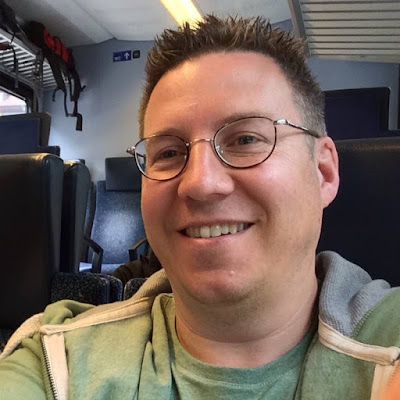 NORTH SEA RO-RO, part 5: Arriving Felixstowe and onto the berth . .

Here's the last of this series from Shipping TV - 5th and final part of our unique NORTH SEA RO-RO series, filmed aboard DFDS Seaways ferries Suecia Seaways and Selandia Seaways, operating between Felixstowe and Rotterdam. This time: into Felixstowe and onto the berth: 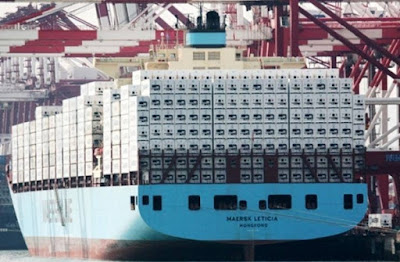 An infographic released by the International Transport Forum (ITF) in its ‘Real Impacts of Mega-ships’ report shows the berth productivity of global ports in 2014. 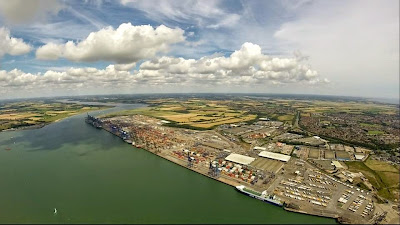 PTI previously reported on the turnaround times for various ports globally, with many Asian and European regions performing well, having turned around larger ships in 1-2 days. 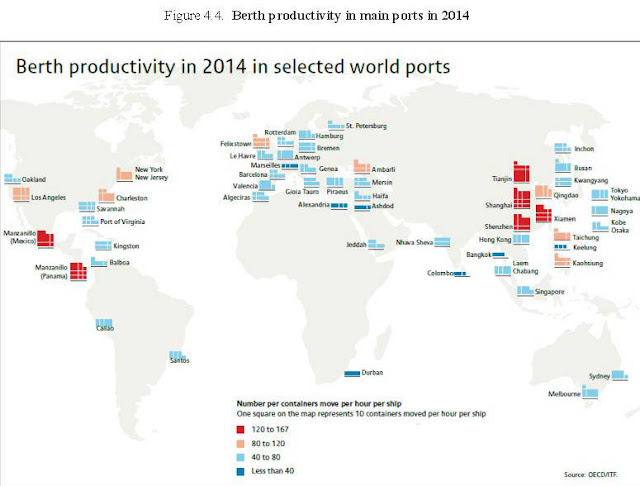 In the infographic, Panama and Mexico lead the way for berth productivity in the West, while Shanghai and Shenzhen dominate the East with peak productivity. These top performing parts of the world have been able to move between 120 and 167 containers per hour per ship.
To read the ITF’s full report, click here

Port of Jebel Ali
Berth productivity on mega-container ships slipped in 2014 on a global basis, underscoring the continuing challenges that ports, terminals and container lines are facing in combating congestion and delays at major seaports around the world, according to US-based market analyst IHS Inc.
The number of total containers loaded, off-loaded and re-stowed per hour on mega-container ships of 13,000 TEUs and greater dipped to 116 in 2014 from 118 in 2012 and 2013, the company’s productivity data shows.
The dip has been attributed to the lack of improvement in berth productivity keeping ships longer in port, forcing other vessels to wait at anchor, creating delays in the transfer of containers between feeder and line-haul ships, and forcing carriers to speed up — and burn more fuel — to maintain schedules.
The issue of lengthy port stay times on the largest container ships is becoming a growing concern for container lines seeking to cut costs and operate efficiently, and for exporters experiencing chronic delays in their supply chains.
Ports in Asia and the Middle East continue to achieve the highest productivity, IHS data shows.
Globally, the United Arab Emirates’ port of Jebel Ali moved into the number one ranking, with 131 container moves per hour in 2014, up from 119 in 2013.
China’s ports of Tianjin and Qingdao held their number two and three positions, with 127 and 126 average moves per hour, respectively.
Among terminals, APM Terminals Yokohama and Tianjin Port Pacific International Container Terminal held their positions as numbers one and two while China’s Qingdao Qianwan Container Terminal moved up to number three, averaging 136 containers moved per ship, per hour. 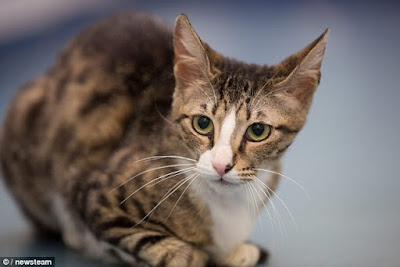 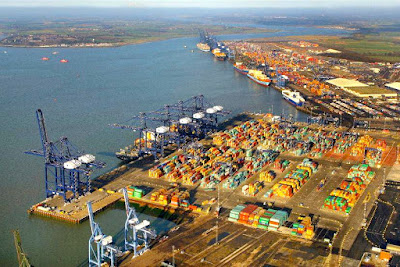 A cat was discovered in a British warehouse after surviving a three-week journey in a shipping container without any food or water.
The stowaway tabby-and-white cat, who has since been dubbed Miss Pickford, became trapped after wandering into the crate as it was being loaded in the port of Limassol, Cyprus, in February.
It remained in the sealed container as the vessel sailed to Felixstowe, Suffolk - stopping off in Haifa, Israel, Antwerp, Belgium, Bremerhaven, Germany and Rotterdam, the Netherlands on the way. +4
Stowaway: The stowaway tabby-and-white cat, who has since been dubbed Miss Pickford, became trapped after wandering into the crate as it was being loaded at the port of Limassol, Cyprus, in February +4
The cat remained in the sealed container as the vessel sailed to Felixstowe, Suffolk - stopping off in Haifa, Israel, Antwerp, Belgium, Bremerhaven, Germany and Rotterdam, the Netherlands, on the way
The animal was discovered by staff from Pickfords, a removal and storage company, after they heard its meows as they unpacked the container at a warehouse in Kempston, Bedfordshire in March.
The cat, who had made a bed for itself in one of the boxes, is believed to have survived by licking condensation from the walls.
The team at Pickfords phoned the local Bedford Trading Standards organisation who caught the cat and took it to Bayton Lodge Quarantine Kennels and Cattery in Bedworth, Warwickshire.
Lorraine Grove, 58, the cattery's owner, said: 'When she arrived with us she was in a very bad condition. She was extremely thin, very dehydrated and her fur was dry like straw.'
But Miss Pickford made a miraculous recovery during her quarantine period, and was given flea and worm treatment, rabies vaccination and a microchip.
The four-year-old feline is now being cared for at Cats Protection's Birmingham Adoption Centre and is looking for a new home. +4
Recovery: The cat is now being cared for at Cats Protection's Birmingham Adoption Centre, pictured +4
Survival: The cat, who had made a bed for itself in one of the boxes, is believed to have survived by licking condensation from the walls. Above, file image of a shipping container
Staff say she is still a little unsure of herself, but are confident that she'll make the perfect pet for someone.
Sarah Whitmore, deputy manager at the centre, said: 'Miss Pickford is a very special cat to have survived such a gruelling ordeal.
'She's fairly shy and retiring, so we're hoping to find her a quiet home with an experienced owner who can coax her out of her shell.'