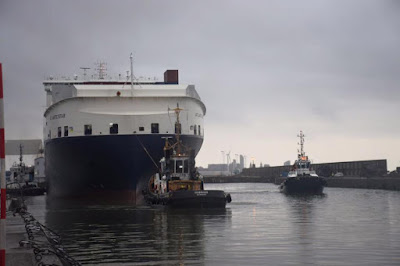 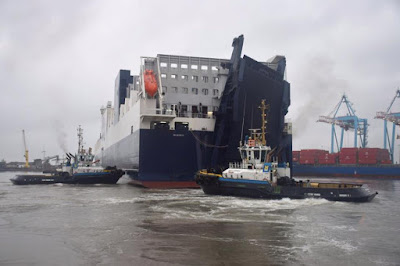 Atlantic Star, world largest combination Lo-Lo Ro-Ro vessel, arriving on its maiden voyage in to Liverpool, December 26th 2015. Soon to be joined by 4 sister ships in 2016.

Plenty of debate over the ships looks, and fair comments, but the ship is designed to be one of the most efficient in its class. Having spent some time on board in Germany last week, and the last 2 days on board in Liverpool, I can safely say she is already proving to be a sound investment. I am an avid fan of the G3 class, way ahead of their time when built in the 80's, but these G4 have evolved from them, and internally carry some of their DNA. Well done ACL for once again leading the way forward.