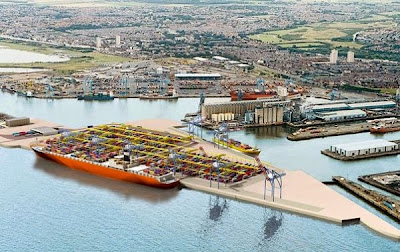 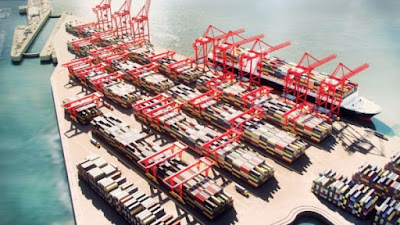 Peel Ports Liverpool aims to draw off boxes from southern gateways
PEEL Ports, a major UK port operator, aims to attract cargo to Liverpool from Southampton, Felixstowe and London gateways with a new GBP300 million (US$445.92 million) deep water container terminal, reports Reuters."Our business case is predicated on taking existing market share," said Peel Ports CEO Mark Whitworth in an interview. "In a market that is stagnant, hopefully there will be an improvement in efficiency and costs."The container market has been hit hard by a slowdown in demand for goods from Asia, especially China. The Baltic exchange's main sea freight index, which gauges the cost of shipping dry bulk commodities such as coal, has fallen to the lowest level since data is available on the China slowdown.Mr Whitworth said that 90 per cent of container volume comes into southern British ports while Liverpool accounts for seven per cent. Peel Ports is aiming to increase that to 20 per cent."Ship sizes got bigger and physically we could not get them through the lock system," Mr Whitworth said, adding that Liverpool's port enlargement would create "a northern gateway".Peel Ports is 50.1 per cent owned by Peel Group which is controlled by British tycoon John Whittaker. Deutsche Bank asset management unit RREEF holds the remaining 49.9 per cent stake. 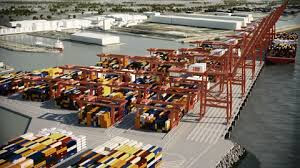 Peel Ports, which handles 70 million tonnes of cargo annually and generates revenues of GBP800 million a year, owns several ports in the UK and Ireland. It is also developing a separate logistics hub in Manchester.
Liverpool will become a cargo transfer point for Manchester and beyond using smaller vessels via the 36-mile long Manchester Ship Canal waterway, which Peel Ports also controls.
Peel Ports said 50 companies had already signed up to the project to move their routes from southern ports to Liverpool, including spirits giant Diageo, discount store chain B&M, car maker Jaguar Land Rover and clothing and homewares retailer Matalan.