German shipping major Hapag-Lloyd and United Arab Shipping Company (UASC) have reached an agreement on the terms and conditions of a Business Combination Agreement (BCA) providing for the contribution of all shares in UASC to Hapag-Lloyd.
Today, the Supervisory Board of Hapag-Lloyd has approved the transaction subject to the anchor shareholders of Hapag-Lloyd and UASC agreeing to assume the commitments levied upon them in the BCA.
The conclusion of binding agreements is still subject to the consent of the shareholders of UASC.
An extraordinary general meeting of UASC to grant such consent will be held in Dubai on 29 June 2016.
The announcement comes two months after the parties first announced the discussions on the forms of cooperation, which included a potential combination of their mutual container shipping operations.
Hapag-Lloyd earlier said that in case of a business combination, “the parties are basing their discussions on a relative valuation of the two businesses at 72% (HL) and 28% (UASC).”
The merger, if concluded, would create the fourth biggest container shipping group in the world. The move would also provide the German company access to some of the biggest containerships plying the international waters today, as UASC has six 18,800 TEU ships being built at Hyundai Heavy Industries, headed by Barzan, the container shipping industry’s first LNG-ready ultra-large container vessel already delivered.
The move is said to be driven by the ever growing need for consolidation within the container shipping industry amid fleet oversupply that has pushed rates to the rock bottom. 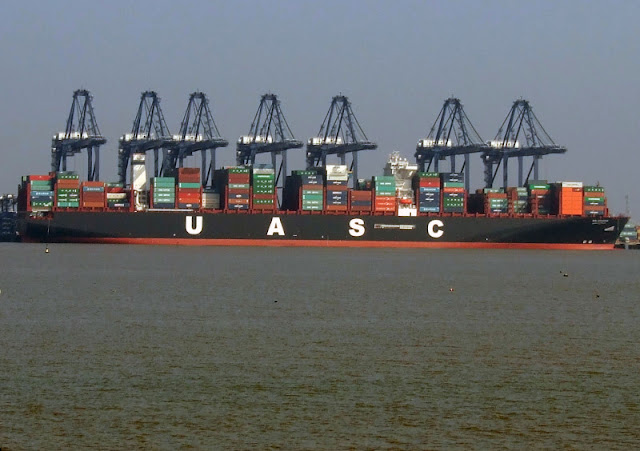