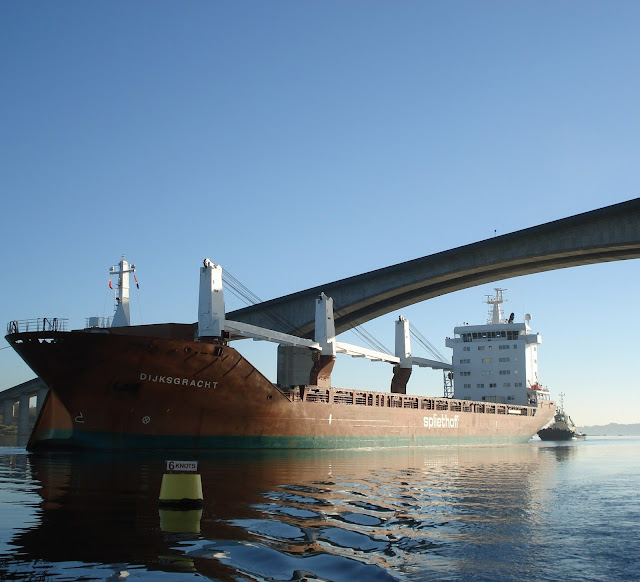 ABP Ipswich has broken records again as the port welcomed larger vessels and saw a surge in ship calls in 2016.
In total, 743 ships called at the port, up eight percent from 2015 figures. This increase aligns with an increase of gross tonnage – a measurement of overall ship capacity – which rose by 13 percent to 2.6 million gross tonnes last year. Ipswich, which is the UK’s leading export port for agricultural products, has had over £5.4m invested into upgrading facilities and replacing equipment over the last 12 months, including the construction of a new bulk store which is due for completion in April.
Planning and cooperation between the port and marine authorities saw the largest ship to ever call at the port in December. The Dijksgracht, which is 156.93 metres long, arrived at Ipswich with a shipment of 10,500 tonnes of rice from Texas, USA for the Ipswich Grain Terminal.
Since 2013, the port has been growing busier year on year, reaffirming the port’s ideal location for serving the Suffolk community and economy.
ABP Short Sea Ports Director Andrew Harston said: “Our 2016 figures are yet another positive indicator of the importance of the Port of Ipswich to the broader East Anglian economy.
“An eight per cent increase in ship calls is a testament to the efforts of our staff and customers who are striving to continually grow their businesses.
“We are now looking forward to improving this result again in 2017.”