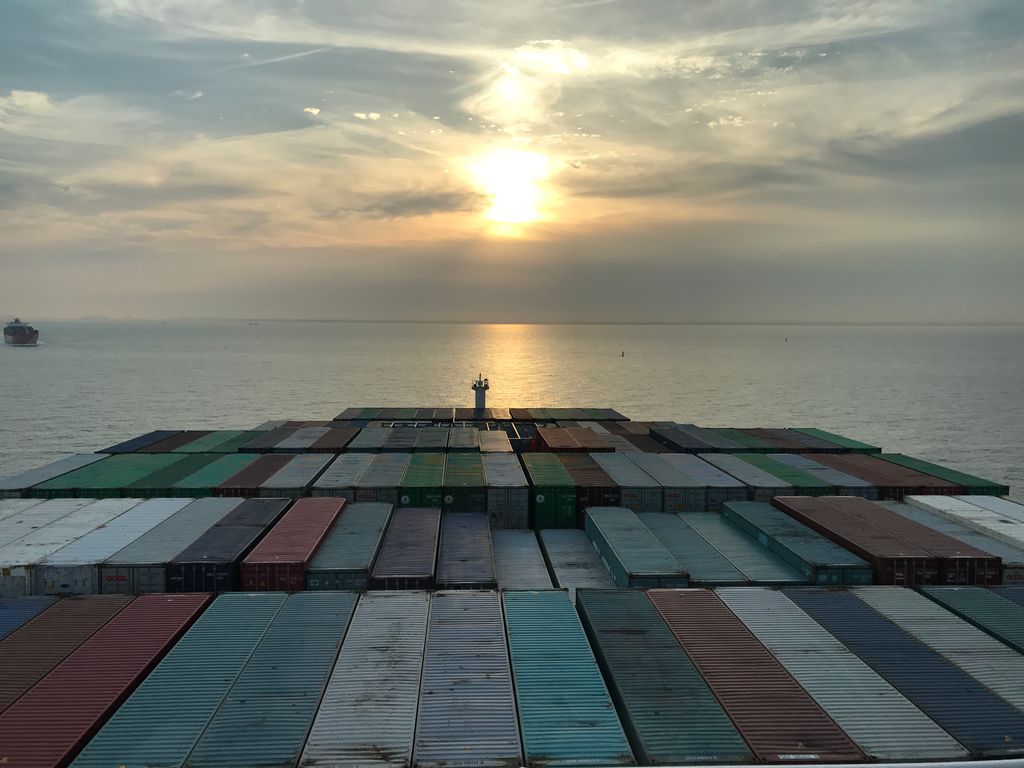 Published on 30 Jun 2017
The OOCL Hong Kong departs Felixstowe after her 1st and maiden call to Europe.

The departure time changed several times with 6 changes in just 6 hours. Finally she had a confirmed departure time of 11:30am but as the morning turned to afternoon she was delayed. The confirmed time had changed agin to 12:45pm they were hopeful that she would be ready for then.

The pilot @rascalmaster boarded the Hong Kong and gave an update on the what cargo operations were left. Unfortunatly there was a slight delay as a couple of hatch covers and a few gear bins to load. The last crane began to boom up and the pilot orders 3 tugs for departure. The Svitzer Deben, Svitzer Shotley and the Svitzer Sky all left the tug pontoon and headed for their stations. the Pilot confirmed that they had a maximum draft of 13.2 metres for Rotterdam.

The Deben went centre lead aft, Shotley was fast on the starboard quarter while the Sky went centre lead forward. As the tugs were made aft the captian wanted to give the engine a kick ahead to test it before they left the berth.

The crew onboard began to slacken the lines fore and aft so the mooring gang could release them from the bollards. Singled up to just a few lines each end the pilot gets the tugs to get in position to pull her off the berth. Spring lines gone the pilot gets the tugs to pull straight off at 25% then build up to 50%. The Deben then increases to full and Shotley increases to 75%. Slowly edging away from the berth the pilot gives a kick astern while coming away from the berth. The pilot wanted to get the stern into the tide then swing the bow into the channel before letting go of the quarter tug then the bow tug then to come ahead on the main engine with a powered indirect from the aft tug and push indirect from one of the tugs on the most aft tug maker on the portside.

Once in the channel, the pilot gets the Shotley to ease up and come in to let go. As the shotley is released the Sky eases up and comes in to let go. The Shotley comes around the stern an positions on the portside for a push on the ships side.

The Fort Buoy approaching the pilot gives the Deben and Shotley the heads up that they will be required around the 90deg Beach End turn out of the harbour.
The pilot radios the Deben to go out on the starboard quarter at full line load while the Shotley to nose up at a 45deg angle on the tug marker. The Deben begins move out and slowly produces an interesting angle.

Once around the corner the tugs ease up and leave the pilot to navigate the ship to the Sunk Pilot Station where he lands onto a pilot launch to head back to Harwich.

The OOCL Hong Kong will be back at Felixstowe Tuesday morning of the 4th July 2017 for exports for the Far East.