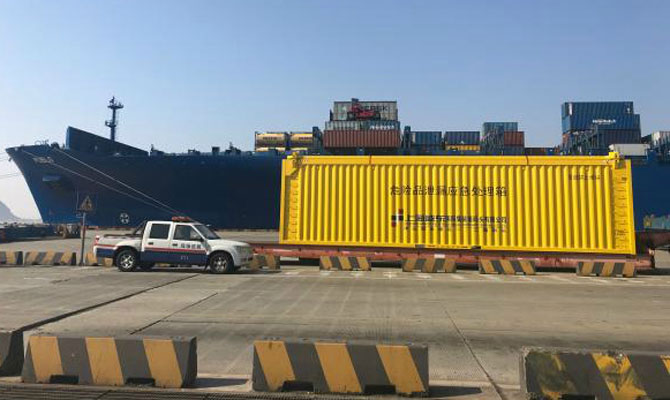 Post Views:  123
Container ship PUELO, berthed at Yangshan Deep Water port, Shanghai, in the morning Mar 28 reported inflammable fluid leak from one of the 20’ containers on board, understood recently loaded. Watchful crew spotted the leak, alerted authorities and drained spilled fluid with sponge and rags. It was cyclohexane, a colourless, highly flammable liquid, contained in tank or barrel inside container, leaking through faulty valve at some 40 liters per hour rate. Emergency response team dealt with the leak and container, which was offloaded. On photos provided by Shanghai Maritime Bureau dangerous container and leaking tank in it. After China, the ship was to sail to Korea and then to Canada.
Comment:Luckily, watchful crew spotted the leak timely, ship was in port and leak was dealt with in most safe manner. Not much imagination requested to imagine what could happen otherwise. It could lead to fire, probably major fire.There’s no practicable solution yet as to how to ensure container ships fire safety, not even ideas. They say cargo holds can be divided into some secluded sections, which in case of fire, can be easily sealed and filled with inert gas or foam. But what about containers on deck? Building up special compartments for dangerous containers, or even special ships for carrying dangerous goods, seem to be probable solution, but it’s too expensive project to be realistic. Most effective solution is a thorough physical check of all containers, but alas, it’s also too costly and too time-consuming operation. Shipping, after all, has to spend money on things bigger than mere mega ships major fires, such as saving Mother Earth from global warming, never mind GW being hoax.The main problem, the main obstacle is the irresponsible behaviour of shippers. Some of them wouldn’t stick to safety requirements even if the tariffs will remain the same with no extra charge.I don’t know if there’s any practical, technically and economically feasible solution to this increasing risk. Any ideas, anyone?I, sadly, believe, that major fires will go on, the whole problem left in the hands of fate, chance and statistics, it’s a dice game. PUELO was lucky to be a winner, this time.Voytenko Mikhail
Container ship PUELO, IMO 9306172, dwt 81250, capacity 6539 TEU, built 2006, flag Marshall Islands, operator UNITIZED OCEAN TRANSPORT LTD, Greece. 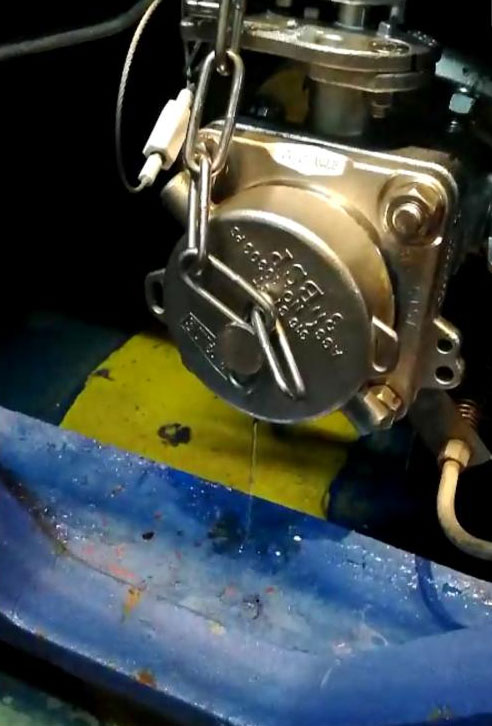