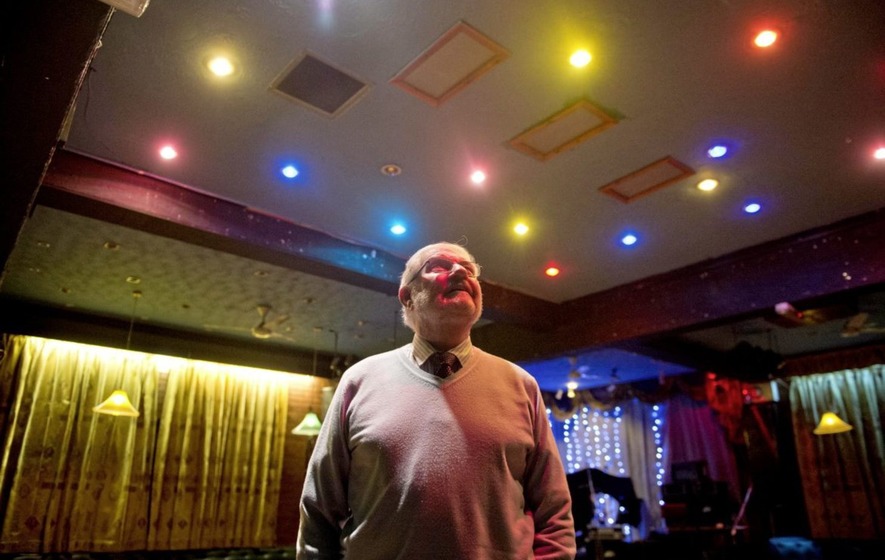 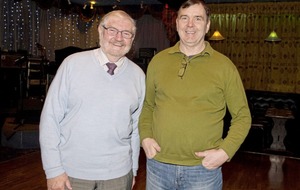 Brian McCann, Treasurer of the Docker's Club in Belfast, pictured with Terry Ward, club secretary. Picture by Mark Marlow
BUILT four decades ago to give dock workers somewhere of their own to socialise, the Dockers is still going strong and remains a focal point for its 200 members, their families and the wider community.
Initially, the club was located on another site on Pilot Street after Brian McCann paid £13,500 to buy the Inside Inn.
He said the dockers who worked in the ports used to socialise in a number of clubs but he said he thought it would be a better idea for them to have their own.
Using funds he had saved from when he was a singer in London, Mr McCann - who appeared on TV talent show Opportunity Knocks four times, winning twice, in the mid seventies - bought the Inside Inn in 1977.
The dockers, many of whom had other trades, all donated their time for free to get the bar ready to open.
"It became know as the Dockers Club," said the 79-year-old, who has been treasurer of the club since its formation,
A year later, the north Belfast man, who had worked as a docker himself, was given a grant from both Guinness, and Bass and Tennents to help build a new club.
Mr McCann then found himself in front of the Harbour Commissioners asking for a piece of land to build the club on.
Opening its doors for the first time in March 1978, the new Docker's Club, which was also built on Pilot Street, introduced its own mantra - that all politics were to be left at the door.
Four decades on, the club is still going strong and prides itself in the more than £2m it has raised for various charities through fundraising events.
As well as providing a social setting, it also runs a boxing club to hone the skills of young talent, as well as an acting school, where stars of the future can learn from qualified professionals.
Once a month, the club holds a special evening for disabled guests, as well as a cross-community prayer service once a year.
The club, which only allowed women to join in 2011, has also helped boost the careers of many well-known entertainers, including top Elvis impersonator Jim Brown, who has performed there over the years.
The club is now preparing to mark 40 years since it opened with a sing song event at the club on Sunday, February 25 from 2pm - 6pm and everyone is welcome.
Mr McCann said he is "very proud" of the club "its achievements and the membership".
"The Dockers Club is special because it's still in existence for a start," he said.
"A lot of people thought it would have floundered. The Dockers Club has always been charitable and really an unselfish club. It is also cross-community and not many establishments are cross-community like we are," he said.
Mr McCann said celebrating the milestone is "unbelievable".
"Never in my wildest dreams did I think four decades on, the Dockers Club would still be here," he said.

When the Dockers Club was originally built, many of the dock workers, who were qualified in other trades, donated their time and skill for free to get the club up and running

Cross-community - When the Dockers Club opened its doors in March 1978, it introduced its own mantra - that all politics were to be left at the door, a rule members had to abide by

A scene from Sailortown - dock workers take part in a march

The area around Sailortown

Brian McCann, Treasurer of the Dockers Club in Belfast. Photo by Mark Marlow