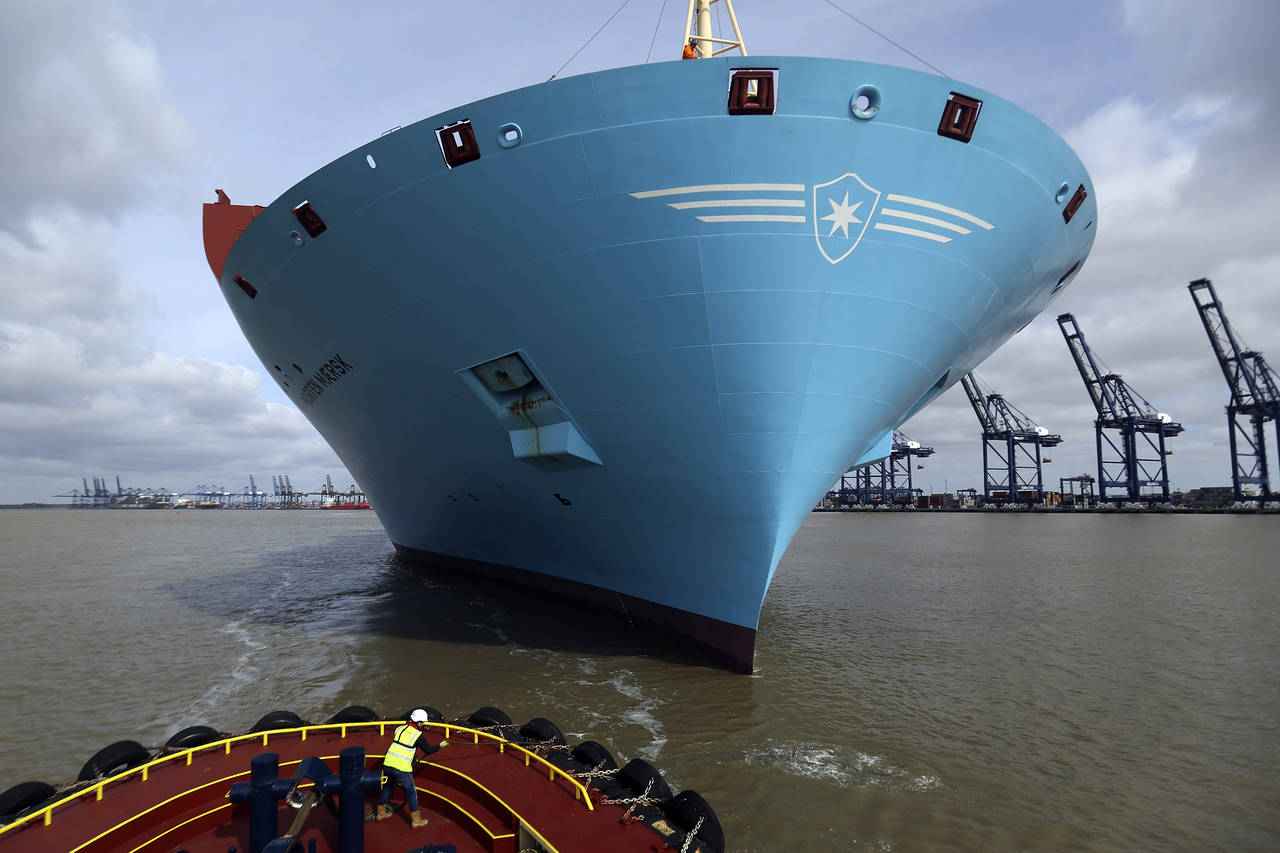 Mr. Skou’s criticism comes as the price of shipping a container from Asia to Europe has dropped to less than half of the threshold for profitability. PHOTO: CHRIS RATCLIFFE/BLOOMBERG NEWS


4 COMMENTS
AP Moller-Maersk AMKBY 0.06% A/S Chief Executive Soren Skou is calling for governments to withdraw their financial support for container shipping lines, saying subsidies and other backing are causing overcapacity and profit-crushing price reductions across the maritime industry.
“I don’t think any government needs to throw money at container shipping, building ships that are not needed,” Mr. Skou told a maritime conference in Singapore.
Denmark-based AP Moller-Maersk operates Maersk Line, the world’s biggest container shipping line by capacity, and a pioneer in the use of so-called megaships—massive vessels capable of carrying around 20,000 twenty-foot containers.

‘I don’t think any government needs to throw money at container shipping, building ships that are not needed.’
—Maersk CEO Soren Skou.

He didn’t mention specific carriers. But operators like state-run Chinese behemoth Cosco Shipping, South Korea’s Hyundai Merchant Marine Ltd. and Taiwan’s Yang Ming Marine Transport Corp. which have been benefiting from cheap state financing, bailouts and other perks for years.
In many cases, governments like those in Seoul and Taipei have pressed ahead with the support because of broader industrial and trade policies that support vast numbers of jobs, such as those in South Korea’s shipbuilding sector, and provide critical transportation for exporters.
“In my mind there is no longer anything strategic about governments investing in shipping. The market will sort it out,” Mr. Skou said.
Without pointing the finger at any one nation, he said companies are building ships that were “not needed, for companies who were not profitable and who do not have a profitable business model,” he added.
His criticism comes as shipping rates on key global trade lanes have been slipping, threatening to undermine a recovery for ship operators from a recent downturn that led to broad consolidation among shipping lines.


The cost for sending a container from Asia to Europe, the world’s biggest trade route stood at around $600 this week, less than half what industry experts say is a $1,400 break-even rate. Maritime executives estimate capacity outweighs demand by 20% on the route.
Alphaliner, a global shipping research group, forecasts that overall container vessel capacity world-wide will grow 6% this year, ahead of its projecting for 5.1% growth in demand. Capacity across the industry grew at a double-digit annual pace during the mid-2000s across the industry and has nearly doubled since the end of 2008, according to the group’s figures.
“This is a very competitive industry,” Mr. Skou said. “Even after we have consolidated, there are still more than 10 global carriers and we fight like only siblings can fight for market share, amongst other things.”
Write to Costas Paris at costas.paris@wsj.com