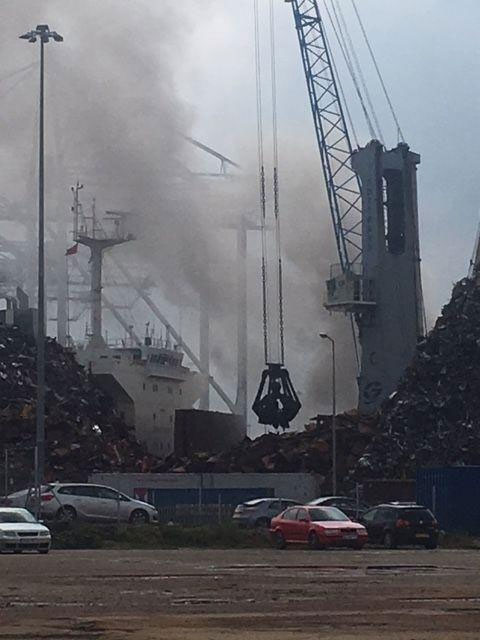 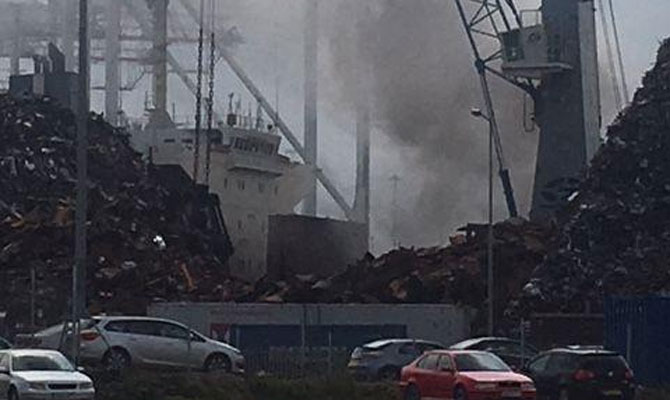 More pics and videos via this link
http://www.dailyecho.co.uk/news/16250896.PHOTOS_AND_VIDEO__Crews_battle_fire_on_board_a_ship_at_Southampton_docks/ 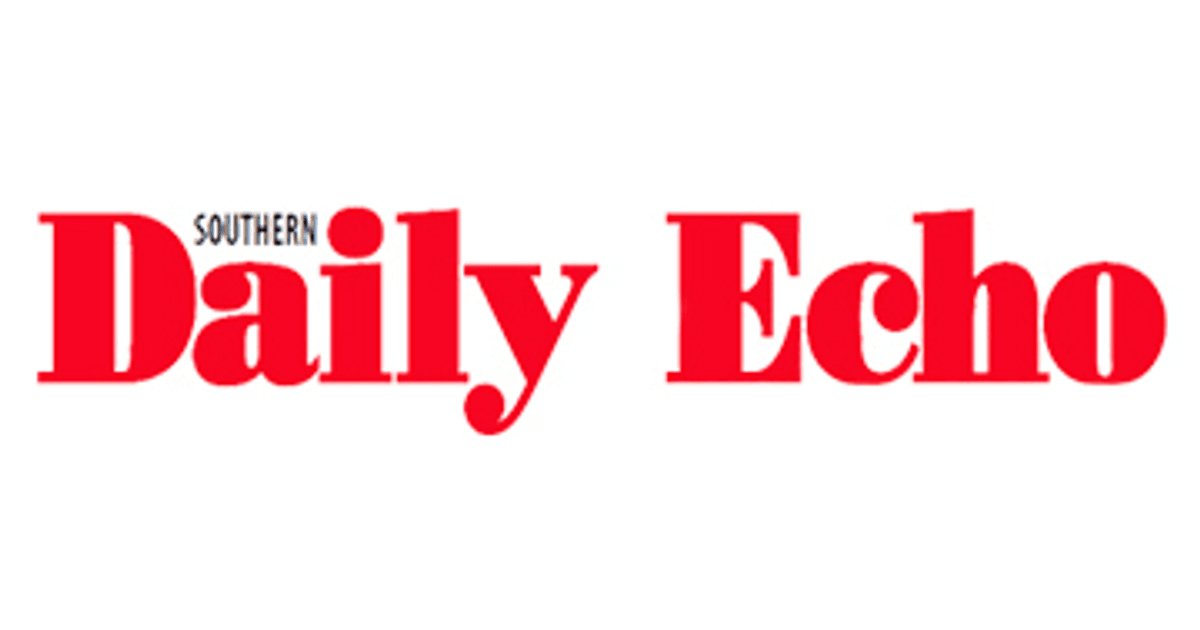 Crews tackle fire on board cargo ship in Southampton

A scrap metal fire on-board a 28,000-tonne cargo ship has continued to burn overnight.
More than 60 firefighters were tackling the flames at the height of the blaze after being called to Western Docks in Southampton at 14:00 BST on Friday.
The bulk carrier, Sirina, was sitting in dry dock when scrap metal in its cargo hold ignited.
No injuries were reported. About 30 firefighters remained at the scene on Saturday morning.
Residents in nearby Millbrook and Marchwood were advised to keep windows closed due to the amount of smoke in the air.
Group manager Dan Tasker, of Hampshire Fire and Rescue Service, said when crews first arrived smoke was billowing from one of the ship's holds containing about 10,000 tonnes of scrap metal.
"It was very quickly apparent to us that the fire was about 16 metres down into the scrap metal itself," he said.
"There was no way we were going to be able to put that fire out until we'd taken a lot of that metal out so we could access the scene of the fire."
Mr Tasker added that firefighters had worked in "really difficult conditions" as crews tried to remove scrap metal "at the same rate we were putting water in".
Skip Twitter post by @Hants_fire

Residents of #Millbrook and #Marchwood are advised to keep their windows shut due to the smoke in the area following the fire at the docks in Southampton pic.twitter.com/bgLXr8tQ8N
— HampshireFireService (@Hants_fire) May 25, 2018