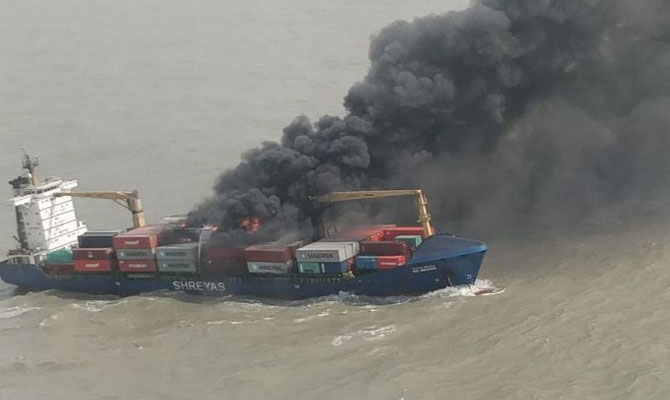 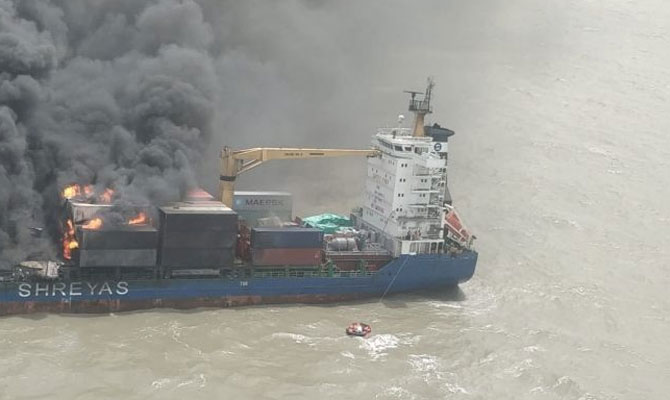 The Indian Coast Guard has rescued all 22 crew member of a containership following a major fire aboard the vessel while about 50 miles off the coast of India in the Bay of Bengal.
The India-flagged SSL Kolkata reported fire just after midnight on Thursday.
The fire was reportedly caused by an explosion in one of the shipping containers and later spread to about 60 other containers.
The fire forced the Master to eventually give the order to abandon ship.
All 22 crew members including the captain were eventually picked up by an Indian Coast Guard vessel.
The vessel is currently abandoned and adrift. It is being monitored by the Indian Coast Guard.
The 147.8m SSL Kolkata was built in 2006 and has capacity of about 1,100 TEU.
AIS ship tracking data shows the vessel was sailing from Krishnapatnam, India to Kolkata.