If Britain has a future, it lies in Felixstowe 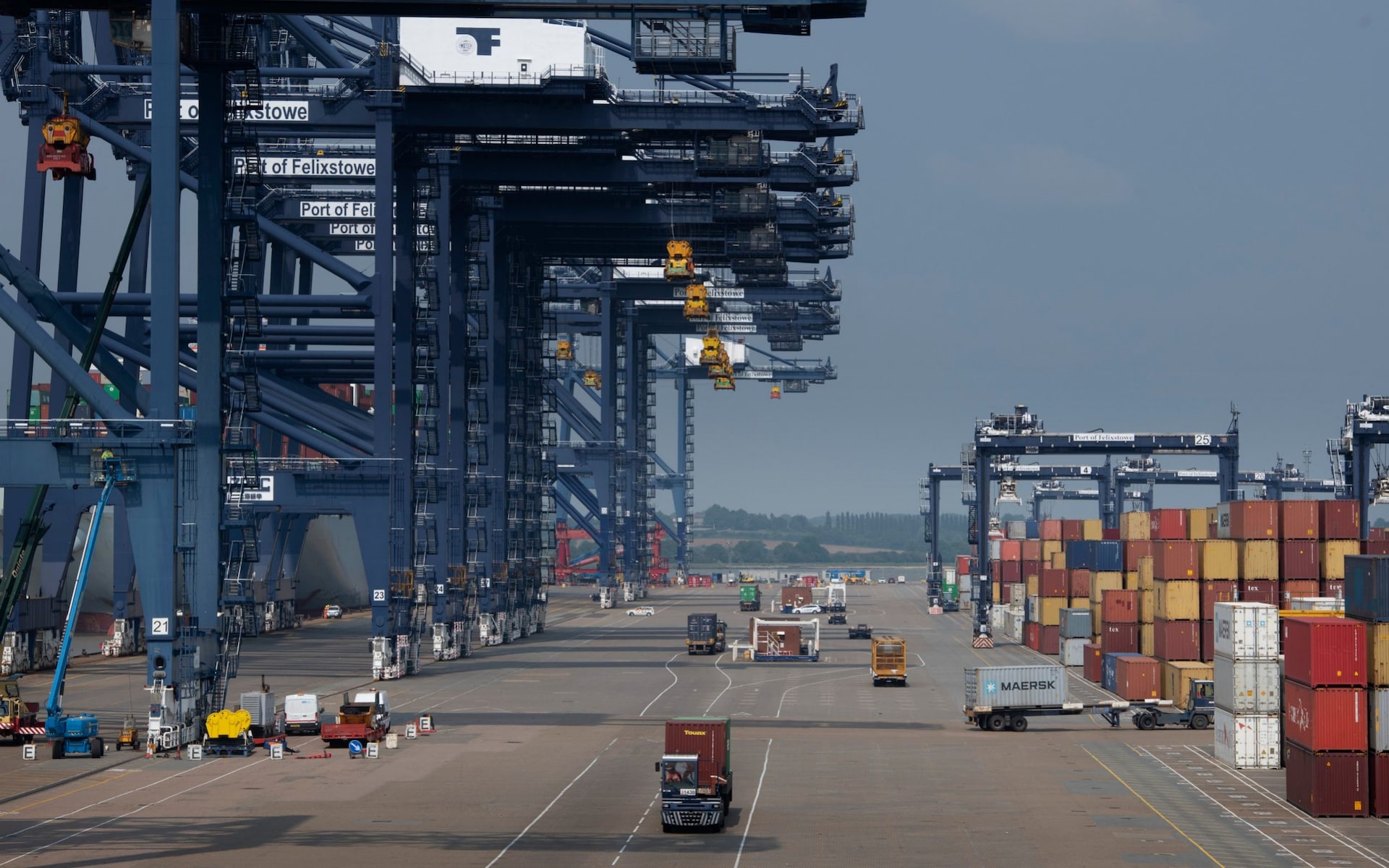 All nationalities and forms of being – animal, vegetable and mineral – pass through our island’s busiest port

Felixstowe, Britain’s busiest container port, doesn’t sound like a good place to find wildlife. But as the old man in Jurassic Park says, “life finds a way”.
Sometimes, life begins there. Seagulls like to nest on the roofs of port buildings, hatching their chicks. Unfortunately, they aren’t always friendly neighbours. When it comes time for the chicks to take their first flight, they glide down from roof to car park. There, they can get stuck, alongside port workers who are innocently going about their business.
For a mother seagull, anyone passing close to a stranded chick is potentially a mortal threat. So, of course, they go on the attack. Their vicious dives, baring razor-sharp claws and beaks, have been known to draw blood from unsuspecting exposed heads. During my visit (to research customs procedures), I was rather glad for the standard-issue hard hat.
For birds of prey, a seagull chick is a good, square meal. Some of the tall lampposts have been fitted with boxes to act as nests for local falcons. That hasn’t always stopped them from choosing to make their homes on fences running right next to the busy cargo train tracks. Naturally, the RSPB has to be called to assess the situation before the trains can keep running.

On the lintel above the roller doors of the cargo inspection facilities is a sculpture of an owl – they, too, have been known to nest nearby. A rare Arctic snowy owl once turned up with a 20,000-container ship from Canada, having presumably hitched a ride.
The whole port seems a remarkably tolerable neighbour, considering that it handles 42 per cent of Britain’s container traffic. On nearby beaches, children on their half-term break were happily frolicking in the grey waves when I visited, below a backdrop of 50-metre cargo cranes. Felixstowe is still a holiday destination, even if the one-carriage train that takes you there is sometimes overtaken by another hauling 35 containers.
Residents often hate industrial sites. But once they’re built, if they’re well run, nature can coexist peacefully. Fracking protesters take note.

Felixstowe still has all the old-school seaside attractions. On the pier, I put a coin into a fortune telling machine. Inside it was a weird model, from the waist up, of an “exotic” fortune teller, dusky-skinned and wearing a bejewelled turban. In response to my payment, it sprung to life.

“Zoltar the gipsy at your service,” it said, the pupils flashing with little red lights. “Today is your lucky day, my friend.” After a short spiel about the nature of wisdom, it printed a little yellow ticket. “I see much happiness in store for you!” it said, followed by a paragraph about making one’s destiny.
Zoltar’s days are surely numbered. For all his prescience, something tells me that he missed out on modern-day diversity training.

A sailor's life is not what it used to be

He might pick up an education in diversity on one of the container ships. In the past, they were often crewed by whole teams of lads from one country. Nowadays, the crews are from all over the world. Ukrainian and Chinese workers are much cheaper than Brits or Germans, after all.
The weeks spent on board at sea can make for a remarkable modern sociological experiment. I heard of one English-speaking captain whose wife knows not to book any social engagements for at least a week after he gets home. The combined effect of keeping an appropriate distance from his more junior crewmates and having few cultural reference points in common is that he simply forgets how to interact in a normal social setting. Adjusting back takes some time.

Crewing a ship isn’t as fun as it used to be either. Ports are often some way out of town and even the large ships only stay docked for 48 hours, so efficient is the loading process. This makes it rather impractical to keep a girl in every port, or to disappear on shore leave for a few days. It’s hard for modern sailors to see the world in the same way.
Thanks to globalisation, however, the world has come right into the mess room.

Britain has a voracious appetite for importing vast container-loads of goods, but some British firms are still trying to send traffic the other way. In Southampton I visited Griffon Hoverworks, which makes hovercraft.
The market for these strange machines, which hover a metre   above the water, is small in Europe because dredging has done away with many of the boggy, shallow-water environments in which they are needed. So, the business has to export. It’s a remarkably difficult thing for a small company to do, but Griffon’s persistence means that its crafts are now at work everywhere from the Amazon to the Caspian Sea.
One of the few places that still operates hovercraft in Britain, the Isle of Wight, recently decided to upgrade its decades-old fleet. The old ones were returned to Griffon for repurposing. Their likely destination: Sierra Leone, where visitors currently have to brave a slightly dicey boat ride in order to get to and from the main airport. At least there are still some reasons for Liam Fox to be cheerful.