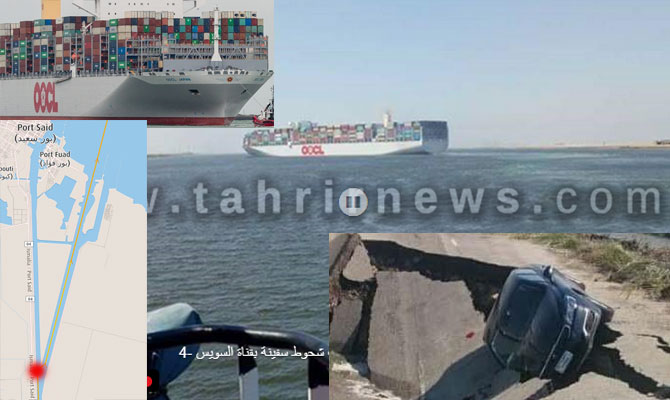 Several dozen meters of road on the embankment collapsed, together with passing car – see photos. OOCL JAPAN was stuck in the embankment, but quickly recovered by tugs, and resumed transit. Northbound caravan had to slow down to near stop, resumed moving at normal speed in about half an hour. OOCL JAPAN reportedly sustained minor damages if any, and continued her voyage, she’s en route from Singapore to Felixstowe UK. Thankfully, nobody was injured. 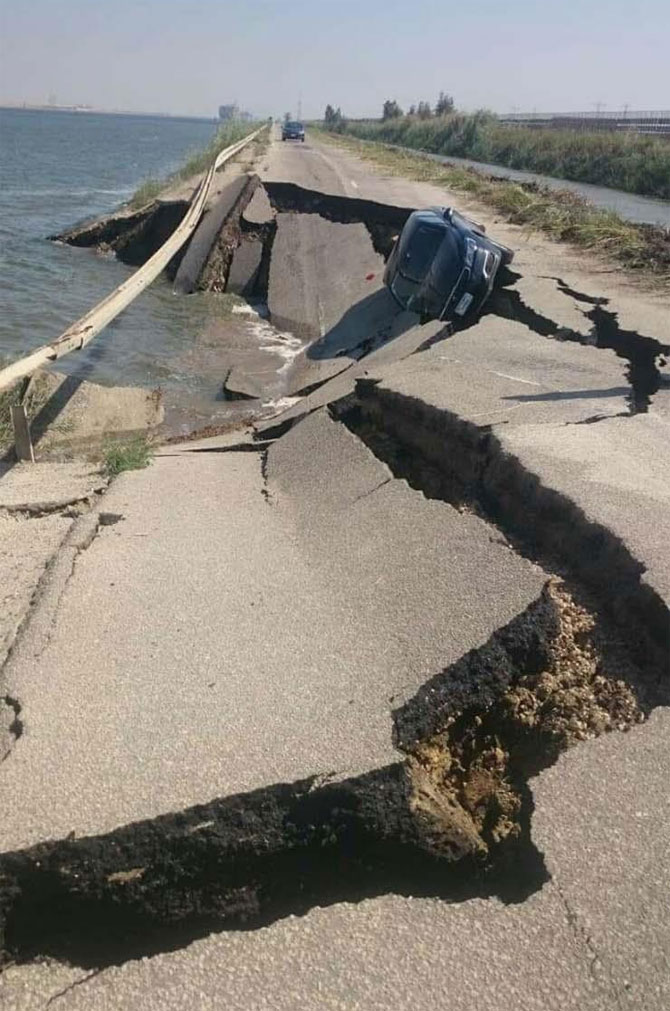 It wasn’t the first accident for OOCL JAPAN during her Suez transits, on Oct 18 2017 she ran aground, being en route to Felixstowe from Singapore. Something is definitely wrong either with OCCL JAPAN, or with Canal, or with Singapore – Felixstowe route, or maybe with all of it if brought together.Ultra large container ship OOCL JAPAN, IMO 9776195, dwt 191641, capacity 21413 TEU, built 2017, flag HK.