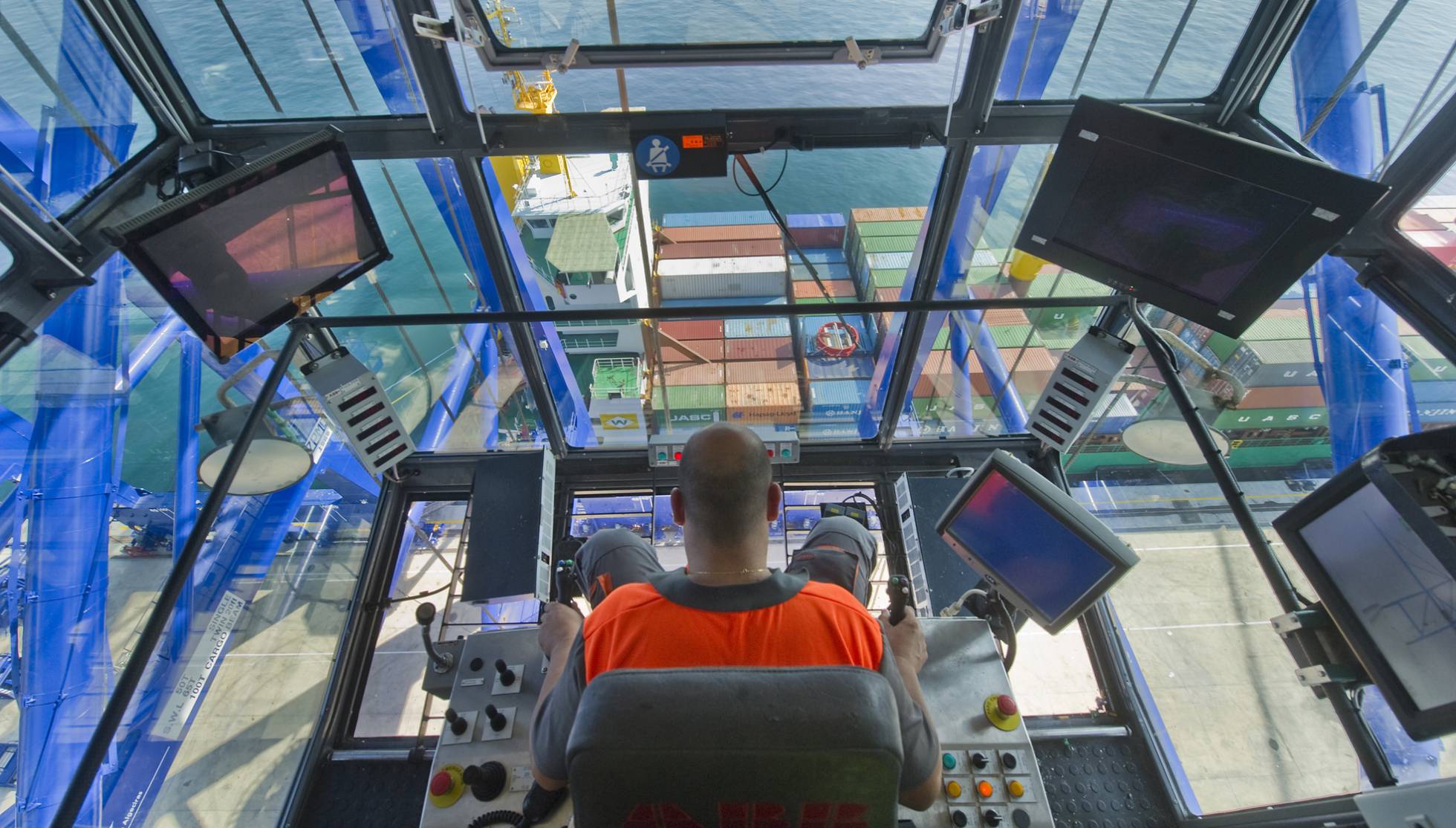 The Spanish Civil Guard has arrested 21 people, including 10 dockers employed at the port of Algeciras (Cádiz), for allegedly participating in a drug-trafficking scheme that was smuggling large amounts of cocaine and other drugs via shipping containers, then delivering the hauls to traffickers across Europe.
In May, law enforcement officers seized 480 kilograms of cocaine that the “team of corrupt dockers” was taking out of the port concealed inside backpacks. This operation led to a series of arrests that ended on Wednesday when the last two suspects were detained.
The arrested ring members received 30% of a shipment’s value for taking it out of the port
The port of Algeciras, in southern Spain, is one of the busiest in the country, and has also become a major gateway for cocaine coming into Europe, mostly from South America.
The investigation began in October 2017 after the Civil Guard received a tip-off from police in Brazil and Portugal, alerting them to an upcoming shipment of drugs concealed inside backpacks, which in turn were being transported inside containers filled with legal goods.
This information allowed investigators to identify a criminal organization based in Campo de Gibraltar “that was operating with numerous drug traffickers living in our country and in other European countries,” according to a Civil Guard press release.
One of the individuals under investigation was a criminal known as the “Maradona of cocaine,” who was gunned down and murdered on May 12 as he was attending his son’s First Communion religious ceremony in Málaga.


JESÚS A. CAÑAS
This newspaper was unable to reach union leaders at the port for comment. “That happened in May. For us, the only repercussion has been to have people speak badly about our sector again,” said a source close to the dockers of Algeciras, who spoke on condition of anonymity.
This source noted that there are more than 1,800 dockers with long-term contracts and 483 temporary ones working at the port. “We had a record of shipments in May and three more cranes are on the way,” he added, lamenting the bad impression that these news stories have on the sector.
The arrested ring members received 30% of a shipment’s value for taking it out of the port, although in recent months they’d begun asking for 50% because of “the increased danger” following a recent police operation that seized nine tons of cocaine at Algeciras.
Investigators also found a constellation of “aides” working for this core organization, many of whom are themselves members of criminal groups from Colombia, France, Morocco and the Netherlands. These individuals were acting as “notaries” whose job it was to certify and insure the shipments.
At the port of Algeciras, the Civil Guard found “a network of dockers, truck drivers and freight forwarders who were working for a large network of perfectly organized intermediaries who offered their services to drug-trafficking organizations.”
Sources familiar with the investigation said that this group offered to “rescue” the drug arriving in shipping containers from South America; its services included taking the drugs out of the port facilities and depositing them in a safe place, either in Algeciras or in a different city.
Everyone involved in the scheme was subject to strict security measures. When a shipment was due to come in, drug traffickers and dockers would travel up to 1,200km in a single day to hold meetings at which security information, drugs and money were exchanged.
When a shipment was due to come in, drug traffickers and dockers would travel up to 1,200km in a single day
These movements became especially intense in May, triggering increased surveillance by the Civil Guard. Investigators focused on a two-story home in the neighborhood of Saladillo that had no permanent residents but that hosted numerous meetings by some of the main suspects ahead of every drug shipment. It was this surveillance that led to a seizure of 480 kilograms of cocaine in early May. The drug, which arrived inside a container shipped from Guayaquil (Ecuador), was going to be taken out of the port inside the cabin of a truck used to transport the containers; these vehicles typically do no go through the port’s scanner system.
This is the first organized network of “corrupt” workers to be arrested at the port of Algeciras, where a few isolated employees had been detained in the past for cooperating with drug gangs.
https://elpais.com/elpais/2018/07/05/inenglish/1530779630_527556.html
on July 07, 2018