Posting this on behalf of Svein Lundeng and Dockers Hangarounds

The right to strike is being attacked in Sweden. This is a proposal made by the employers association Svenskt Näringsliv (the Swedish Confederation of Employers) together with union bureaucrats who have gone behind the backs of their own members, all sanctioned by the Social Democratic Party. Previously, the Social Democrats had launched their own investigation to limit the right to strike but as if by chance the union bosses and the employers pre-empted this investigation with their own law proposal. This new proposal threatens to kill off radical unions (ones that one union boss called “extremist unions”), open the door to yellow unions and to take power away from wage workers of all kinds. This is an attack on the working class and nothing else.

This is not just a Swedish situation. We have seen similar developments in other EU countries such as Spain or France. This is not a coincidence but a part of a concerted push to roll back workers rights across the continent and across the world. What happens with workers in one place affects workers globally. That is why this is so important.

The Proposal
Basically the proposal wants to ban strikes that do not have the explicit aim of attaining a collective bargaining agreement (CBA). A CBA is a contract made between employers and unions that stipulates pay, rules and regulations for work and which always includes in itself a ban on striking as long as the agreement is in effect. This new law proposal will make international solidarity strikes, political strikes or strikes to gain higher wages effectively illegal. The proposal also stipulates that if there is a pre-existing CBA in a workplace then the ban on striking (that is part of every CBA for the duration of the agreement) will extend to all other unions in the workplace. In order to understand why this is a massive problem we have to take a step back and look at the broader context of the Swedish labor market which has a relative high level of unionization in most sectors, dominated by unions in the the Swedish Trade Union Confederacy, LO, which organizes around a million blue collar workers in Sweden. This union is heavily centralized as this situation shows, even as their member unions were mobilizing against the investigation their bosses were secretly making a deal to inhibit the right to strike. 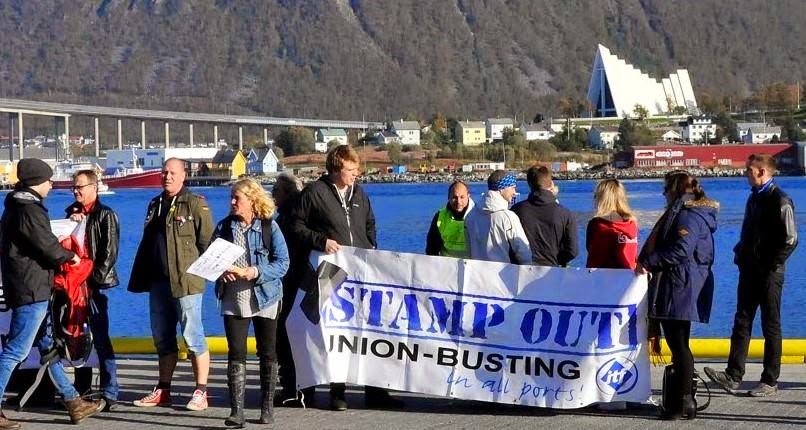 This proposal opens the door to yellow unions, that an employer will have one of their subordinates create a union and then sign a contract with this union and bar all other unions from industrial action. This is a development we have seen in Denmark, for example. Yellow unions will mean that the employers will be free to sign whatever CBA they please with whoever calls themselves a union (for example, a relative of the employer could start a union at a workplace and sign a CBA, and the workers will be effectively unable to do anything about it.

The free unions
While at a current historical low (which makes this proposal all the more absurd and cynically anti-worker) there are occasional labor struggle in Sweden. To a high extent these are fought by free unions that have, typically for radical political reasons, stood outside LO. These unions, such as the Swedish Dock Workers Union or the anarcho-syndicalist SAC Syndikalisterna, are the main examples. With this law they will effectively be destroyed. SAC is typically a minority union in every workplace it exists, but it tops the list of strikes and strike days every year in Sweden. It is used as a tool for precarious workers and radicals and has been a cornerstone of the radical left in Sweden since it was founded in 1908 in opposition to LO. It politically opposes collective bargaining agreements since these in Sweden always include the clause that the employer has the right to lead and distribute work as the employer sees fit, a clause that is the cornerstone of class compromise in Sweden. Since it signs no CBA:s SAC will be bound by other unions signing CBA:s with an employer, thus also banning strikes and other industrial action for members of the SAC. 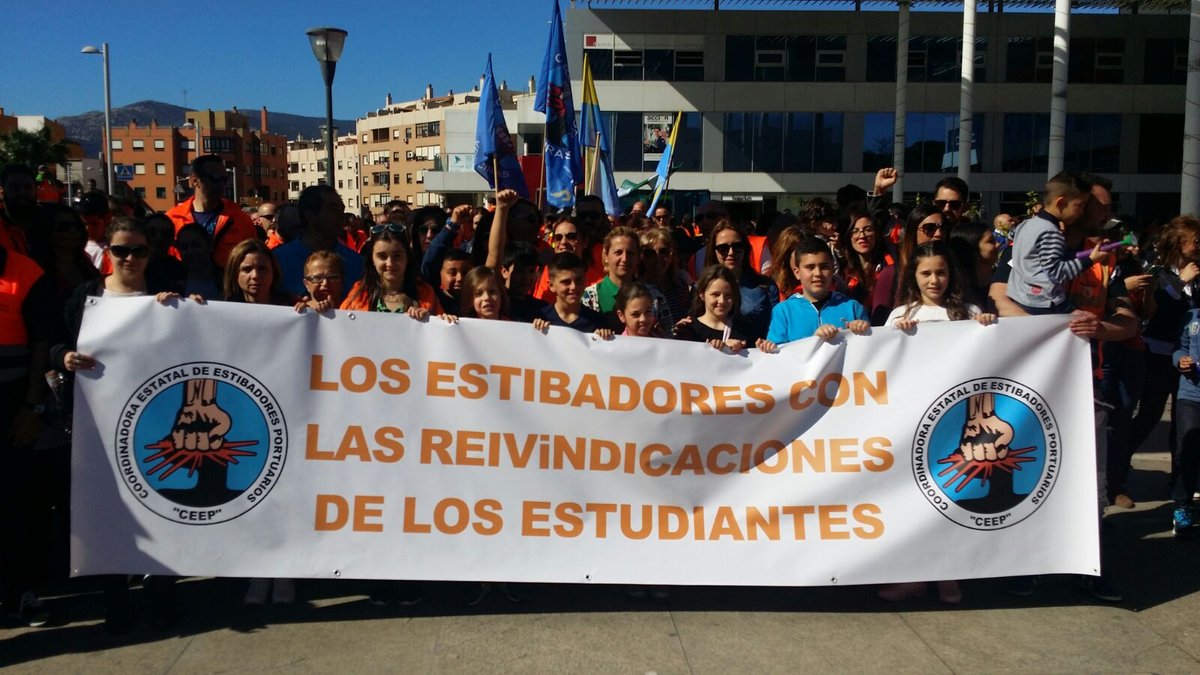 The Swedish Dockworkers Union is on the other hand a majority union in Gothenburg harbor with 80% of all workers there organized by them. The employers, the Danish Maersk shipping company, have been attacking them heavily over the last years and is trying to destroy their union in a development very similar to one in Norway. This attack has resulted in months-long lockouts of workers, and a few hour-long strikes on various issues have been publicized by rabid right-wing press as reprehensible. This “conflict in the harbor” was the reason the Social Democrats proposed the original investigation to inhibit the right to strike, but it is in reality a conflict by the employers against the workers and not even an attempt by workers to move their positions forward! Now, the LO union has signed a CBA with the employers in the harbor while they are a minority union. This has locked out the Dockworkers from all influence which has led to a number of injuries. If this proposal is made into law then a minority union which has cozied up to the employers and thus gotten to sign a CBA will be able to ban strikes by the majority union at a workplace as well! The Action We will, of course, not let this pass. We are not happy with the situation as it is but this attack will not just harm workers ability to struggle in Sweden but also threatens to accelerate the neoliberal attack on workers rights all over Europe. Thus, we will launch a huge mass action on August 25th in Stockholm and shut down business interests and political groups that attack our right as workers to organize and struggle. They can try to limit our power in the workplace, but we will show them that we can bring the strike to the streets. 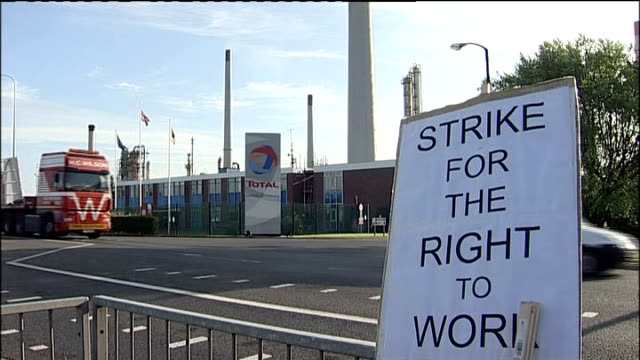 This mass action will be organized as a “five finger” action with different blocs as well as smaller groups each acting in solidarity but with different targets and topics. There will also be strikes and other actions in the day before and on the 25th. We encourage people to come and help us shut down Stockholm and to act together but with a diversity of tactics. There will be more information posted on this in the upcoming weeks. Our action is just two weeks before the election and we will force this issue on the attack of the rights of workers into the public sphere. Our aim, of course, is not just to save the right to strike but to defend workers rights everywhere and to create a fighting movement where we not just defend the rights we have fought and died for during history but push forward to win new victories! Join us in Stockholm 25/8 and strike back!

Events:
https://www.facebook.com/events/203641356920062/
The Red Finger:https://www.facebook.com/events/1833297793430368/
The Yellow Finger:
Yellow is the color of betrayal, and we invite you to join a tour of Stockholm city on the topic of historical and present day treason against the working class by the social democratic party and the federation of trade unions. Following the demonstration at Norra bantorget we will visit the historical locations and shed some light on the actions of the labor establishment during the period of
the early 20th century until today.

What to expect?
The tour ends in an action of civil disobedience aimed at the circulation of the city. The ambition is to enable a low barrier of entry, and it will be accessible to anyone. Bring some yellow clothes, your hate for class society and leave the ID-card at home.
https://www.facebook.com/events/527731210974654/

Admins are supporting working people from different parts of the world»
We fights are for all the Dockers,Longshoremen,Wharfies,Stevedores worldwide,and to inform all Working Class Unions.
The worst thing that can happen is a dispute between unions.
International,national and local unions from the entire working class needs to stand together shoulder to shoulder!
Don't forget to invite your friends from all Unions...
Posted by Felixstowe Dockers