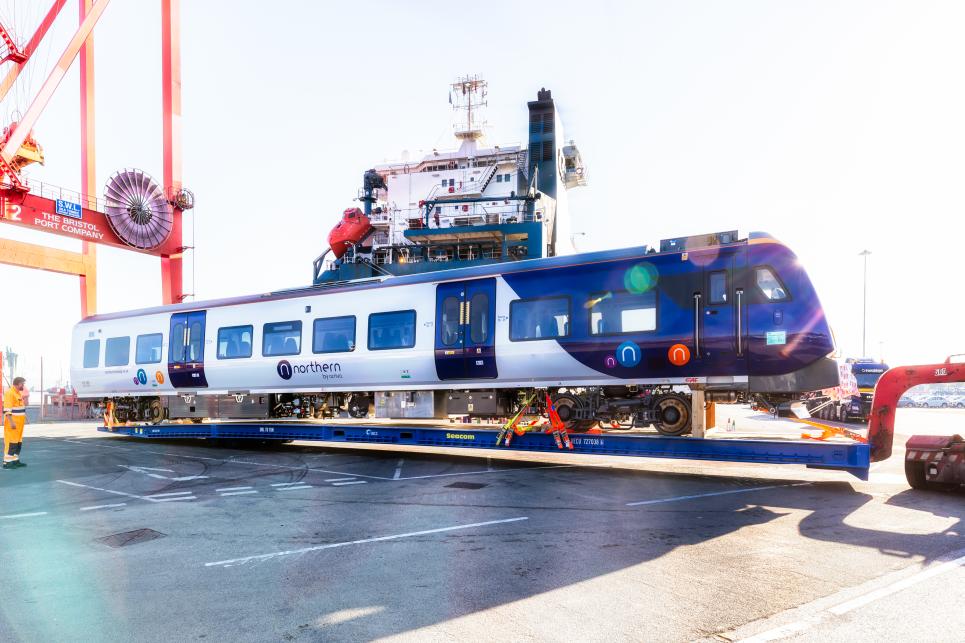 Bristol Port received the first of 98 new train carriages from Spain last month, destined to boost services in the North by forming one of the country’s most modern train fleets.

The carriages, imported on UECC’S vessel Autosun, will run on Northern’s network.
The diesel train arrived into Royal Portbury Dock from Spain on Monday 25th June and was carefully taken off the vessel at the port’s general cargo terminal before being transported by lorry to Merseyside for finishing work and entering testing on the UK rail network.
The Port’s multimodal capabilities played a key role in Northern selecting Royal Portbury Dock to bring in their new fleet. 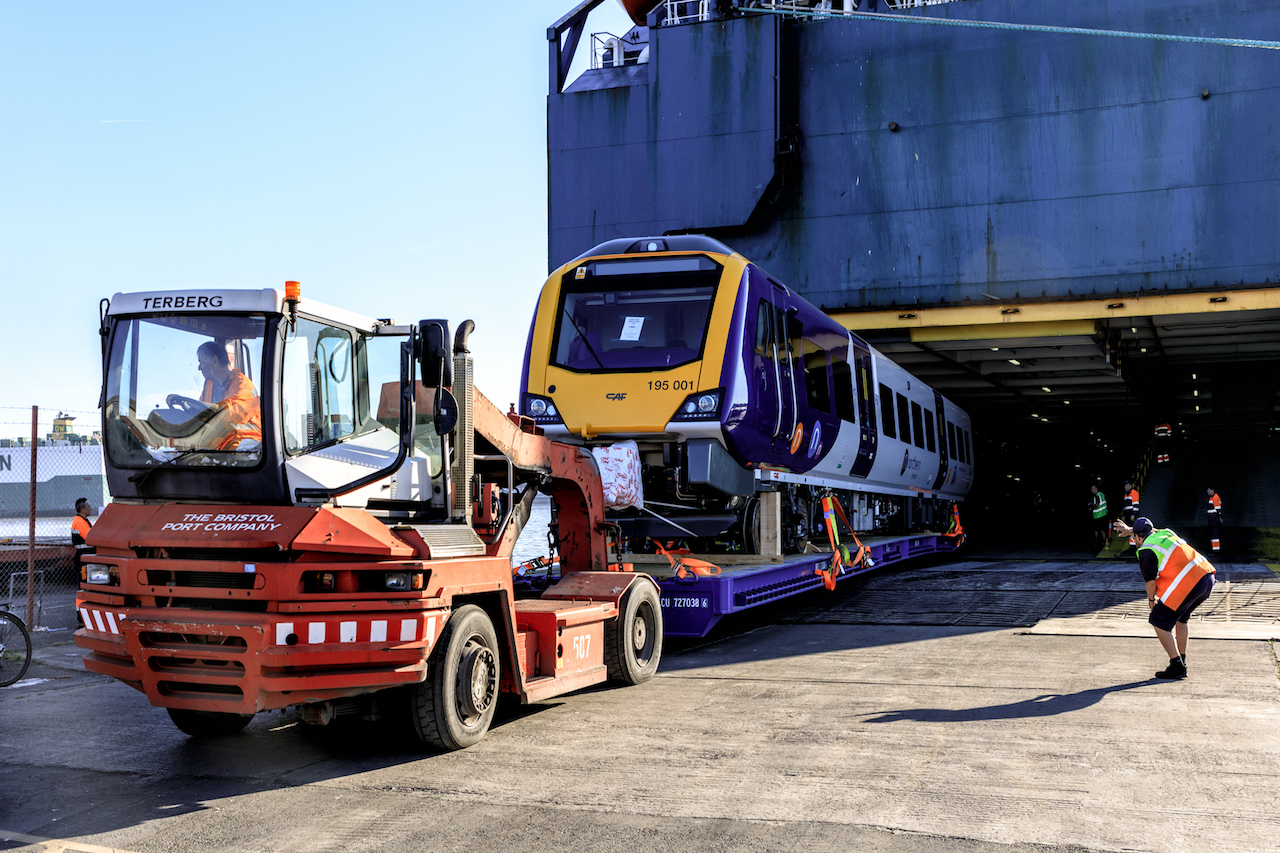 Tony Dent, Director of Automotive Trade at The Bristol Port Company said:
“We are very pleased to play our part in the logistics chain to facilitate the import of Northern trains into the UK. Our shipping links and accessibility to the inland transportation network put us in the ideal location for this project and we wish Northern every success with their new fleet.”
A total of 98 carriages are being built by Spanish firm Construcciones y Auxiliar de Ferrocarriles (CAF) and are due to enter the Port very soon.
The £500m new trains highlight Northern’s modernisation plans, which also include removing Pacer trains, refurbishing all existing trains to a new standard and adding more services by 2020. Ben Ackroyd, Engineering Director at Northern said: “Getting the train onto UK soil is a major milestone in our modernisation programme.”
The new trains will boast a level of specification that will set new standards for local rail in the North, including air conditioning, at seat power sockets, free Wi-Fi and an electronic seat reservation system with full accessibility.
Enthusiasts and customers will be able to catch a first glimpse of the trains this summer when they begin testing in the North, if they are of course not sighted at Bristol Port first.