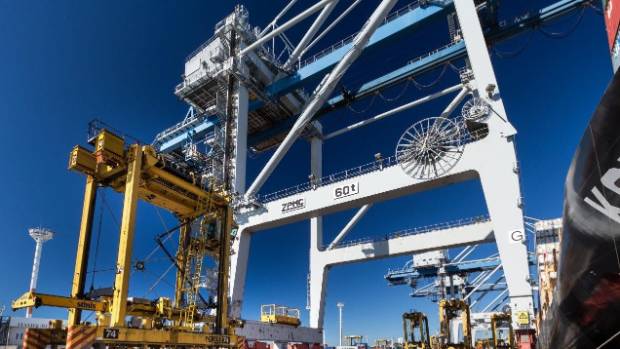 Ports of Auckland operates a fleet of 13 metre tall manual straddle carriers which can stack containers up to three high. They can be driven as easily by women as men.
Hiring women had a big impact on the men at Ports of Auckland. They worked harder.
The past week saw the Global Women organisation, which campaigns for gender equality in the workplace, release a report on how inclusive New Zealand workplaces really were.
Many larger employers have been on a drive to lift the number of women in leadership roles, believing it to be good for business.
Diane Edwards, general manager for people, systems and technology at Ports of Auckland, believed hiring women was key to lifting productivity.
READ MORE:* The man dividend from Genesis' gender equality drive* Tears of the chief executive* We need to face the uncomfortable truths, says Spark boss Simon Moutter* Millennial voices stifled by employers, Global Women research finds 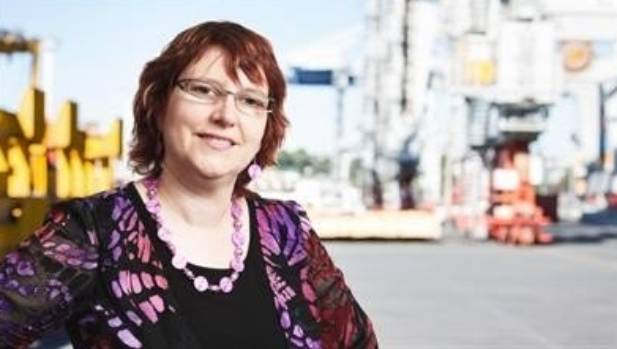 SUPPLIED
Diane Edwards from Ports of Auckland was brought in to change the culture in 2011.
Edwards was hired just before the great Ports of Auckland Strike of 2012, when management and workers clashed very publicly.
"We were not making cost of capital," Edwards said. "We had the lowest productivity in Australasia, and the culture was pretty toxic."
"It was not a nice place to work."
Tony Gibson, chief executive, brought her in to advise on how to "tackle" the workplace culture.
"He wanted to know the issues that were holding productivity back, that were holding change back," she said. 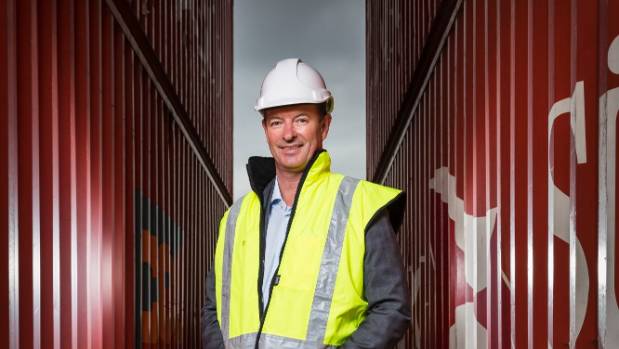 SUPPLIED
Ports of Auckland chief executive Tony Gibson hired Edwards to take a look at the workplace culture.
She compiled a report, which was "reasonably damning".
"There was a lack of accountability, no joined up thinking, very much 'We will do just enough, but no more than absolutely necessary'. It was a very blokey culture."
"The bulk of the workforce were white middle-aged males of an english union background, and that includes in the management roles."
"I think I would call it an entitlement culture, and we want plenty of money, and we want it even if there's no work to do."
It's axiomatic that the victor gets to write history. 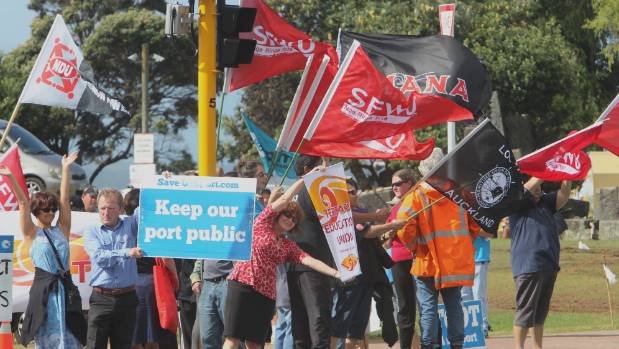 Grahame Cox
Male and female Maritime Union workers and other supporters protesting out side The Ports of Auckland wharfs in 2012.
The strike was a gruelling affair which played out in the media. Unionised workers believed they were being mis-characterised as over-paid and lazy. They saw themselves as fighting for "the retention of job security, and a roster system that gave them a balance between work and family life", as one delegate for the Maritime Union put it.
Edwards said: "We had discussions around what we could do to change stuff, particularly within the stevedoring area, which is the bulk of our workforce."
Stevedores are the people who get the goods containers off and on cargo ships.
"We decided we needed to get some diversity in, so one area we said, 'Why don't we start recruiting people from different ethnicities?' just to break up that white, English historical view, and 'Why don't we just recruit women?"
To recruit women as stevedores- including those driving the giant "straddles" and cranes that move cargo containers at the port- required ending the tradition of new recruits starting out "lashing".
Lashing is, in the words of Maritime New Zealand, "one of the most physically demanding and dangerous jobs" in port work.
It's the process of securing cargo containers in place on ships using metal cables.
"Lashing is a hard, physical job, therefore you didn't get many women," Edwards said.
But you didn't need to have done it to be trained to drive a straddle.
"They are completely different jobs," Edwards said. 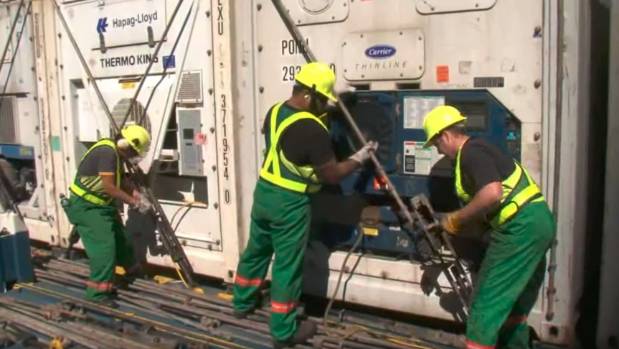 stuff
A Maritime New Zealand film shows the hard, physical nature of lashing.
"That levelled the playing field," she said. "But it took two to three years to get real traction because the first three women who came in, and this was deliberate, we brought in women who were relatives of people who already worked here, which gave them a natural protection. A 'nobody's going to mess with so-and-so's daughter', kind of thing."
The female recruits were provided mentoring support, and training on how to behave.
"Those women decided it was quite a good job, and it brought in a bit of money, and they started inviting their friends to apply, and so it became quite organic about getting more and more women in," Edwards said.
At one point, there were about 18 per cent female in the stevedoring.
"It's a little bit less now because some of those women have gone on to supervisory roles."
The influx of women did change the culture.
"When you have women downstairs, and women in management roles, men behave differently," Edwards said.
"When we first got women stevedores in, they were working around 2.1 boxes and hour more than the men. That doesn't sound a lot, but it's quite significant in productivity terms."
"What happened though, and it took about a year, the men equalised that, so the men actually started to look at the women and say, "How come they are getting all the bonuses? We want some of that, and then they actually increased their own productivity."
Then, Edwards said: "Women said, 'We, can work harder than this', and the productivity went up again, and it started to see-saw a little bit with the male and female."
"Now we regularly do 37 boxes an hour from 22."
Stevedoring is about to go through an even bigger change. Ports of Auckland is moving to automated Straddles. 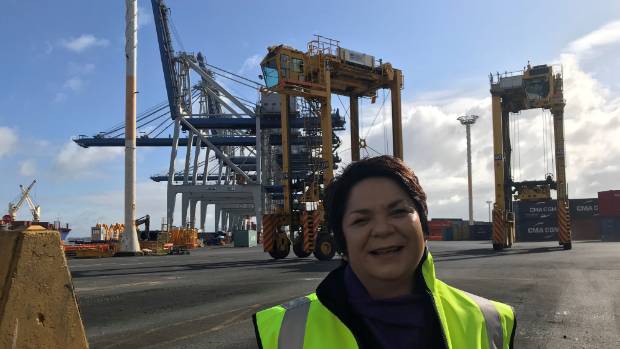 Stuff
When Angelene Powell joined Ports of Auckland 17 years ago she was told by some male co-workers: "This is no place for a woman."
​Angelene Powell joined Port of Auckland 17 years ago in the operations area.
"It was a challenging seven years journey being accepted into the fold," she said. "Some of the men were accepting of me. Others resisted."
She ended up leading the ship-planning and control team, which, she said was "a little bit of a blow for some of my male colleagues at the time".
A physical marker of the gender power imbalance at the time was the presence of pornography in the workplace.
"At its extreme I would roll up to do what I needed to do, there would be pornography, explicit imagery, and it was deliberate to intimidate me," said Powell. "I learnt to push back on stuff like that."
"In one instance I said to a first officer who deliberately put this photo on his screensaver, 'Is that your wife?' I said, 'It's lovely that you can take  remind you of your family at home'. You had to find ways of dealing with it without being a victim of it."
She recalled comments such as: "This is a man's world," and "You don't belong here," and "Do you recognise you are making us change our way of being?"
"It's now the norm to have females in our operational areas like stevedoring. It's accepted," she said.
And the porn has all gone.