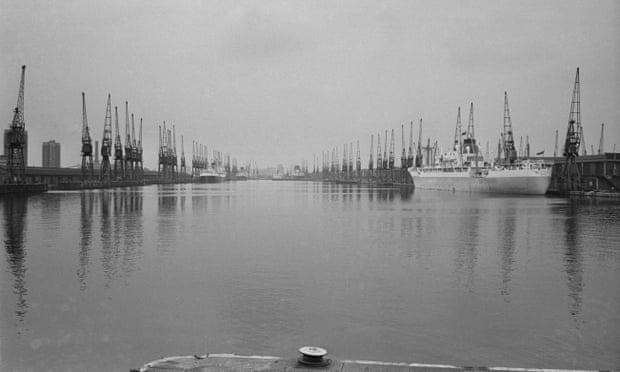 17 July 1970: With dockers giving almost total support to the strike, the government decided to invoke the Emergency Powers Act of 1920

A state of emergency was proclaimed yesterday by the Queen as the national dock strike brought complete disruption to the ports. Soon afterwards, the Government announced the setting up of a Court of Inquiry into the dispute. No final decision on its chairman has yet been made, but a strong candidate is Lord Pearson, who accepted a similar assignment during the seaman’s strike of 1966.
Mr Jack Jones, of the Transport and General Workers’ Union, received both announcements with unconcealed disapproval. He questioned the wisdom of sending troops into the docks, and said the unions would be willing to give evidence to the court, “but without obligation.” From now on, however, the unions would continue to develop the “full strength of the strike.”

Read more
The proclamation was made at Buckingham Palace yesterday afternoon soon after the Queen’s return from Canada. It followed a meeting of the Privy Council over which she presided. Earlier in the day the Cabinet had held a two-hour meeting at which it decided to invoke the Emergency Powers Act of 1920 without delay. The brief 121-word statement was brought to the Commons by the Home Secretary, Mr Maudling, and handed to the Speaker, who read it out. Later Mr Maudling told a packed House that the powers “to secure the essentials of life to the community” would only be used if necessary.

Advertisement
Asked if firms would be charged for troop labour, Mr Maudling replied this would be a point for debate when the crisis was discussed at Monday’s special session. He agreed that it would be a difficult task for the troops, but was satisfied enough were available to maintain essential services. The state of emergency exists for 28 days. If it is necessary to make an extension, Parliament will have to be recalled from its summer recess before August 12.
Mr Robert Carr, Secretary for Employment and Productivity then announced the setting up of the Court of Inquiry. It will be appointed immediately with the names of those on it being announced today. This means that it will be able to start its work by Monday at the latest and produce an interim report towards the end of next week.
The reason for the inquiry is simple enough. Both sides are as far away from any hint of agreement as they have ever been, and the signs of a speedy return to work are becoming increasingly remote. Mr Carr explained that the court would examine and assess the merits of the unions’ claim and the employers’ offer. He finished up by appealing to the unions to suspend their industrial action and to return to work in view of the “very serious effects of the strike for the nation” and the future prosperity of the dockers and the industry. The unions are claiming £9 a week increase on the basic time rate, which would give them £20 a week. So far, the employers have offered to increase the minimum earnings guarantee to £20 a week, coupled with a £1 a week bonus to all dockers not covered by modernisation deals at local port level. 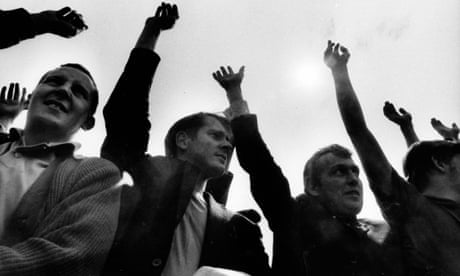 Direct action! Seventy years of strikes in pictures from the GNM Archive

Dockers at major ports yesterday gave almost total support to the dock strike. About 35,000, three-quarters of the total dock labour force and virtually all those who would have been available for work on the day – were idle. The closure of major ports brought early signs of food supply difficulties and higher prices.

… we have a small favour to ask. More people are reading The Guardian than ever but advertising revenues across the media are falling fast. Our independent, investigative journalism takes a lot of time, money and hard work to produce. But we do it because we believe our perspective matters – because it might well be your perspective, too.
Unlike many news organisations, we haven’t put up a paywall – we want our journalism to remain free and open to everyone. Democracy depends on reliable access to information. By making our journalism publicly available, we're able to hold governments, companies and institutions to account, and offer our diverse, global readership a platform for debate and commentary. This encourages us all to challenge our opinions on what’s happening in our world. By supporting The Guardian – and just giving what you can afford – you can help us ensure that everyone has access to critical information for years to come.
If everyone who reads our reporting, who likes it, helps to support it, our future would be much more secure.
Never ever forget the people that fight for your jobs