'That was heroic': Man jumps in water to rescue another who fell off cargo ship 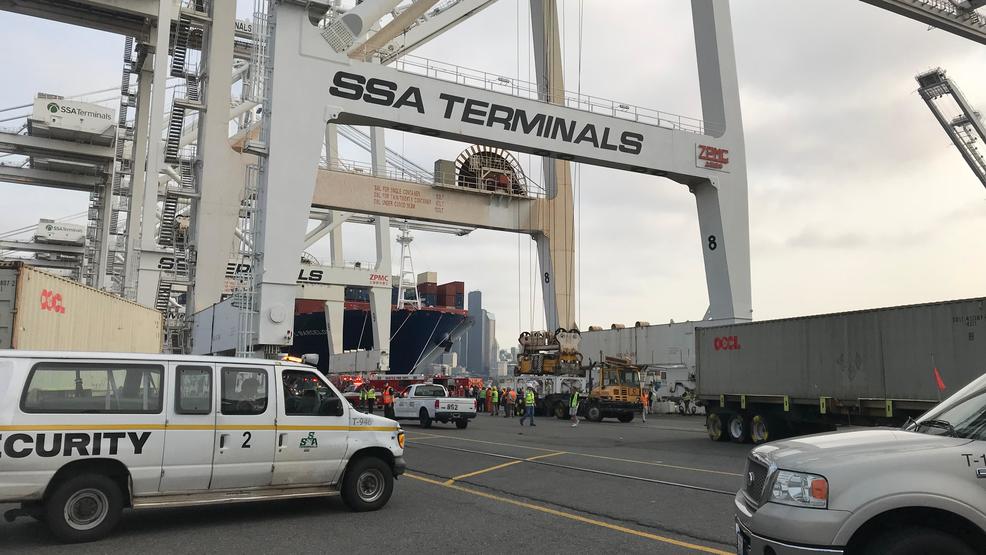 SEATTLE --A man was hospitalized after he nearly drowned in the waters off Harbor Island, but is still alive thanks to a quick-thinking worker at the Port of Seattle terminals.
Medics and a fireboat were called to Terminal 18 at Harbor Island just before 9 a.m. for a report of a person in the water and a person had jumped in to help him.

A man in his 30s who was had been working on a cargo ship at the port fell into the water and was in distress, according to Kristin Tinsley with Seattle Fire. An operations manager with SSA Marine at Terminal 18 heard person who was working at the port saw the man in the water and jumped in to save him.
At one point, the drowning man went under water and the Good Samaritan dove under to get him back above water, according to an SSA Marine spokesperson.
A private boat in the area reached the two and plucked them from water, Tinsley said. Port workers then used a crane to hoist the two on to the shore.


The man who fell in was rushed to Harborview Medical Center where they were listed in critical condition but still alive thanks to the Good Samaritan, Tinsley said.
"We're very grateful for the person who did jump in to rescue that patient from the water," Tinsley said. "That could have saved this man's life...that was heroic actions we saw from him today."
Tinsley added there were life rings on shore, but the man was too far away to be reached.
"So it was crucial that (the Good Samaritan) was able to jump into the water and bring this person to safety," she said.
The operations manager is home and is recovering for slight hypothermia, the company spokesperson said.

A good ending.... to a story that might have had a different outcome. Hats off to SSA's "good samaritan."