Another Straddle Carrier Tipover.... Today at Port Elizabeth, NJ.We understand the operator was conscious, ambulatory (with a head injury), but able to speak over the telephone.We also understand that he used and was protected by an operator's seat belt restraint system. 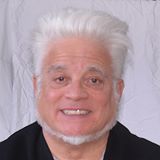 President at The Blueoceana Company, Inc.

With great regret, we've received a message from a friend in Southern New Jersey which provides a few details about a fatal accident that occurred earlier today at the Paulsboro Marine Terminal.


From what we are made to understand, the fatally injured longshore worker was engaged in assisting in the discharge of steel slabs from the M/V VIRTUOUS STRIKER (see photo below) when he was struck by a steel plate used for operating industrial trucks in the hold of the vessel.
We expect more details going forward.
Paulsboro Marine Terminal is owned by the South Jersey Port Corporation, and stevedoring services there are provided by the Holt organization.