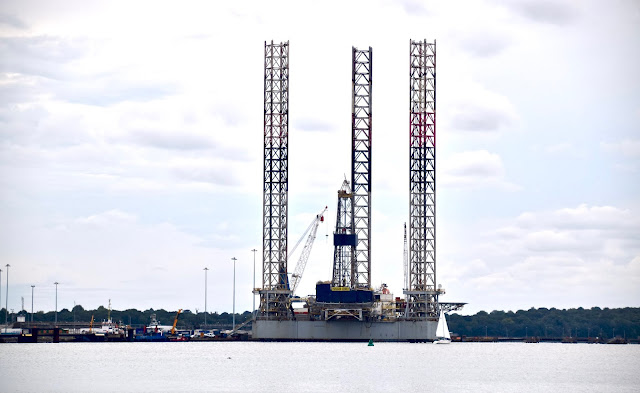 After maintaince the drilling platform Paragon C20051 prepares to depart Harwich International Port for her next contract in the North Sea. Three tugs arrive during the morning for the tow out of the harbour. A Svitzer tug also helped until they were out of the harbour.
Lead tug: Zeus Of Finland
Starboard side tug: Union Diamond
Port side tug: Vortex
Aft tug: Svitzer Kent