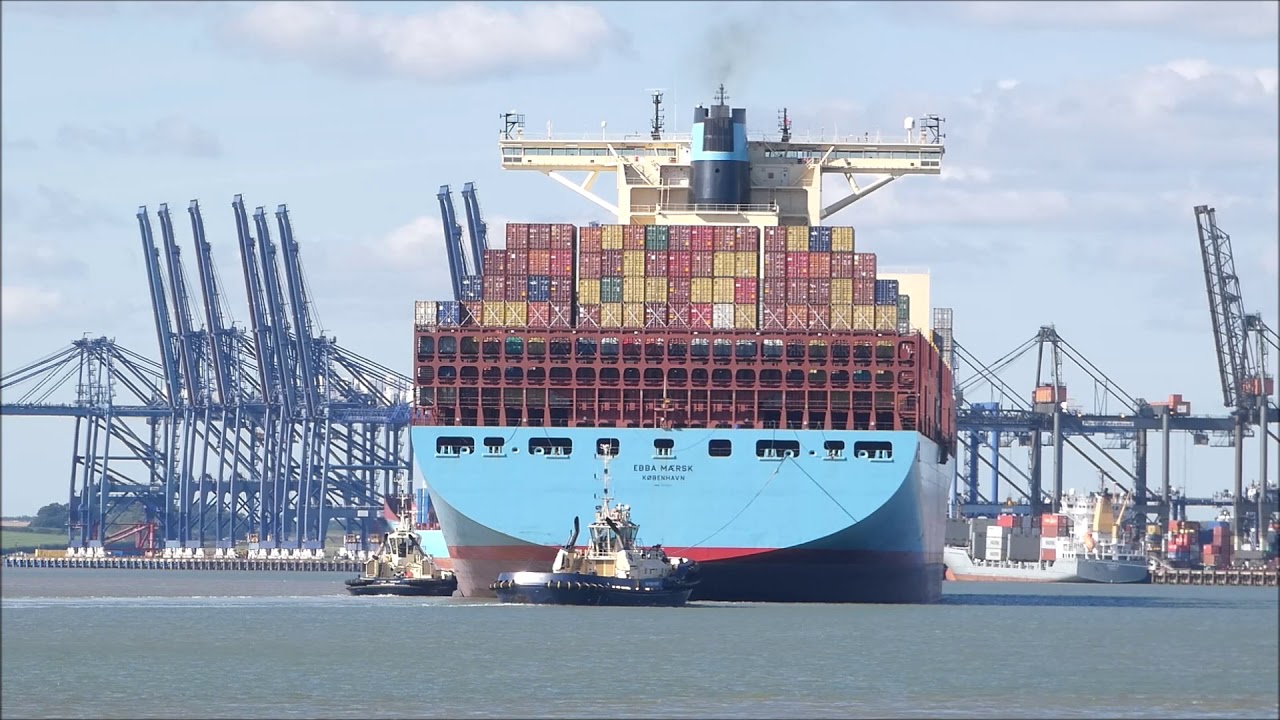 Ebba Maersk was a priority arrival so she was the first to arrive. The pilot had transfered from the Thalassa Mana on to a pilot launch then on to the Ebba Maersk. Two Svitzer tugs were requested for her arrival. First to meet at 7&8 Buoys and the second inside the harbour. Svitzer Kent was the first tug to make fast aft on the starboard of the centre lead. Svitzer Shotley was the second tug. The skipper of the Shotley went outside the harbour to escort her on the starboard quarter then move around to port side near the accommedation block for a push around to port of the Shotley Spit then make fast centre lead forward to back up towards Trinity 7 and on to the berth.

The Taurus on a 10 year charter to Evergreen from the Greek leasing company Costamare was the next to arrive to the port from her last port of Rotterdam with a maximum draught of 14.01 metres planned portside to Felixstowe berth 8. The pilot required two Svitzer tugs for berthing, first tug to meet at 7&8 buoys and make fast centre lead aft to assist with the Beach End, sencond tug to meet inside the harbour and make fast on the starboard shoulder for a port swing off the berth. As the mooring gang were up on Trinity 7 making fast the Ebba Maersk, the pilot only had a Berthing Master to help guide with the final position alongside until the rest of the gang had completed tying up Ebba Maersk.