A multi-million pound proposal to regenerate the site will be revealed to the pubic in an exhibition next week.
The plans will see the Navyard site turned into space for more than 300 home, employment space, food outlets, and a market square.
A new promenade walk would also be created.
Mann Lines, which currently operates from the site, will be relocating if the proposal is approved by Tendring Council.

Bill Binks, chief executive officer, of Mann Lines, said: “Navyard has served us well for over 50 years but with the nature of the shipping business ever changing its time to relocate locally to enable us to build a stronger business in the future.
“Regeneration of the Navyard site is both an exciting and important opportunity for Harwich.

“With our close association to the town over many decades the views of the community are important to us in helping to shape the future plans for Navyard.”
He added: "There will be a mixture of apartments and houses set out to be built as part of this project.
"If the application is accepted by Tendring Council then we would have to move our ships to another port.
He said that he has been working on this proposal for the past year and the exhibition is part of a pre-application process before the application is submitted to Tendring Council's planning website.
Charlie Powell, Harwich mayor, said he would like to see as many people as possible attend the exhibition to put their views forward on the plans.
He said: "I think Mann Lines has outgrown the actual site as some of the ships are too big for their berths.
"The good thing about the development being built and Mann Lines moving is that no lorries could go through the quay.
"I am all for making the place look better - and we need money put into the area to make that happen.
"It is up to residents to make their own minds up about the plans when they see them."

Doubts are cast over future of £300 million Bathside Bay development 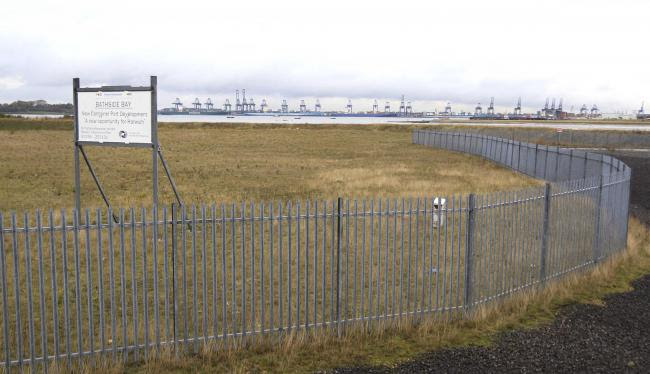 Doubts are cast over future of £300 million Bathside Bay development


DOUBTS have been cast over the future of a multi-million pound project after claims staff said it will never go ahead.
The £300million Bathside Bay project, in Harwich, would see the area turned into a container port terminal which could create more than 700 jobs.
The port would be able to handle some of the largest deep-sea container ships in the world and boost the local economy by about £50million a year.
Hutchison Ports applied for permission for the development in 2003, it was approved after a public inquiry in 2006 and later given a time extension to push back work until 2021. 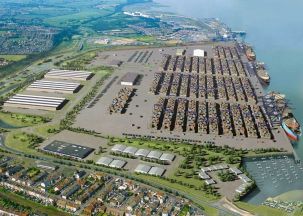 Work would see a new container port built, the construction of a small boat harbour and a listed train ferry gantry restored.
When completed Harwich International Port would be double the size and be one of the most important ports in the country.
But fears were raised at Harwich Town Council’s meeting on Monday, that the project will be too expensive to be carried out.
Harwich Town councillor Alan Todd claims he brought up the Bathside Bay project at a Merchant Navy Welfare Board Meeting in Felixstowe, on July 12. 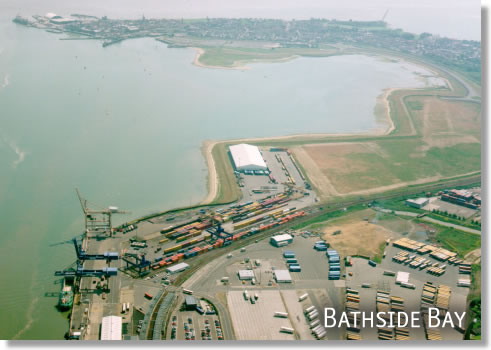 He said a member of staff at Felixstowe Port agreed that the scheme will not go ahead.
Alan added: “I was told the reason it will not go ahead is because they have done a feasibility study on the crane and it will cost a fortune to dredge the area.
“They would have to re-dredge it all the time and therefore it does not become feasible.”
He claims a feasibility study was taken about restoring the gantry crane which would cost £2million, but figures on the cost of dredging were not revealed.
A Hutchison Ports spokesman has denied the project will not go ahead.
He added: “There are no changes to the project.”
Harwich Town Council agreed to write a letter to Hutchison Ports for confirmation the project will still be going ahead. 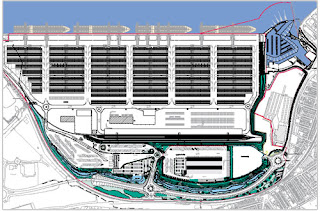