STRIKE BACK - defending the right to strike 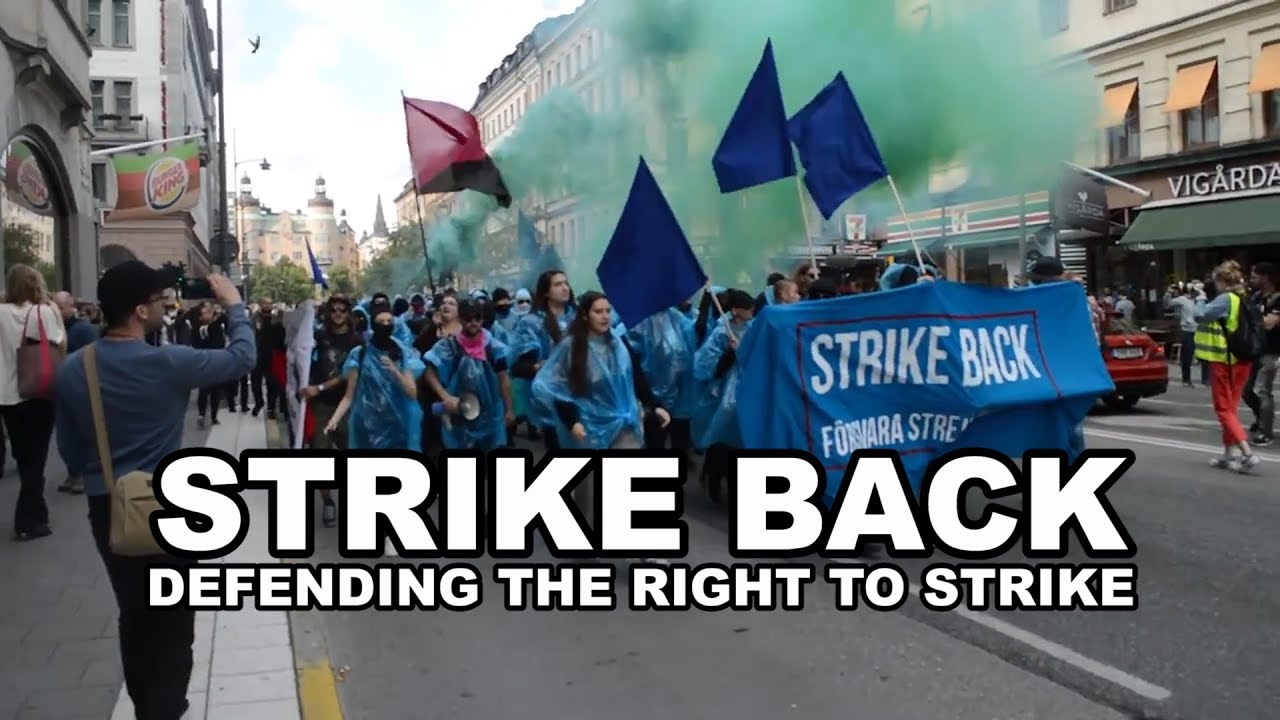 This is a movie in english about the right to strike in Sweden and the demonstration that was held on August 25.

Strike back- försvara strejkrätten:
The Swedish Dockworkers Union is on the other hand a majority union in Gothenburg harbor with 80% of all workers there organized by them. The employers, the Danish Maersk shipping company, have been attacking them heavily over the last years and is trying to destroy their union in a development very similar to one in Norway. This attack has resulted in months-long lockouts of workers, and a few hour-long strikes on various issues have been publicized by rabid right-wing press as reprehensible. This “conflict in the harbor” was the reason the Social Democrats proposed the original investigation to inhibit the right to strike, but it is in reality a conflict by the employers against the workers and not even an attempt by workers to move their positions forward! Now, the LO union has signed a CBA with the employers in the harbor while they are a minority union. This has locked out the Dockworkers from all influence which has led to a number of injuries. If this proposal is made into law then a minority union which has cozied up to the employers and thus gotten to sign a CBA will be able to ban strikes by the majority union at a workplace as well!