The Official Word on Damage to Crane in Port of PE

The TNPA released this brief statement this afternoon:
Port Elizabeth experienced winds in excess of 50 knots per hour on Tuesday morning. This resulted in the damage of a Transnet Port Terminals ship–to–shore crane on the quayside.
No employees were injured. The Engineering team is currently assessing the extent of the damage however, the crane has been secured. The Port Elizabeth Container Terminal is currently wind bound.
A business continuity plan has been implemented in an effort to limit any further impact on operations.
Images: Part of the Straddle Carrier in the Sea Port of Port Elizabeth crane blown over in strong winds on Tuesday 30 October 2018. Image from MANY WhatsApp groups.

How on earth did they manage that?

Maritime professionals and interested onlookers will have been equally astonished at the recent pictures following the curious collision off Corsica, with the Tunisian ro-ro ferry Ulysse buried up to her bridge in the side of the containership CLS Virginia. A universal question, asked by everyone, would have been – “How on earth did they manage to do that?”
One is constantly warned not to prematurely speculate in such cases, urged to await the results of the casualty investigation. This is often a futile exercise, as some flag states are so useless and inert that there is no proper investigation and if there is, it is buried for years or lost in translation. With an incident as spectacular and photogenic as this one, who would not want to guess the reasons for this lapse. So here goes!
Maritime law is sometimes very curious, but it is difficult to imagine that much of the blame for the collision will adhere to those aboard the container ship. Maybe the chap keeping the anchor watch should have screamed over the VHF, sounded the siren or fired rockets, as the ferry charged down on the hapless anchored vessel, but there would have been very little else available to mitigate the oncoming disaster.
Gone for a cup of tea?
So, what on earth was going on aboard the Tunisian ferry? It is probable that the ship was following a computerised track on an electronic chart, with nobody on the wheel. Perhaps the look-out had been sent below to have breakfast, or have a cup of tea, or to wake the cook. What might the officer of the watch have been doing? Was he (or she) dazzled by the beams of the rising sun on the eastern horizon? Was he engaged in a particularly difficult Sudoku puzzle to alleviate his boredom? Perhaps he was chatting to his nearest and dearest on his smartphone?
Might the OOW have been distracted by having to complete the garbage disposal form (six copies) before the ship’s arrival, or some other administrative burden? Or with the lookout away and the bridge mercifully quiet, the posture-perfect chair comfortable, and the steady hum of machinery, did the watchkeeper just fall, briefly but critically, into the arms of Morpheus?
It would not be even remotely strange if one of these reasons was discovered as the prime cause of the collision, because all of these silly reasons and more have already contributed to one or more instances of accidents attributable to navigation. Who recalls the OOW who claimed that he had arisen from his chair to alter course, caught his trousers in its footrest and laid himself out, lying unconscious on the console, while his ship sped to its doom on the rugged coast of Cornwall?
The curse of communication
There has been any number of accidents attributed to the sophistication of the navigation equipment, rendering the OOW almost, but alas, not quite, pointless. Others blamed on the curse of communication. A notably choice case was that of a chemical tanker, being conned by her master, who was shouting with rage into his mobile, oblivious to the entreaties of his watch officer telling him he was leaving the channel. Or the wretched overworked supply boat master trying to leave port in fog, communicating on his VHF and two mobiles simultaneously, but missing the one important message from the VTS telling him he was about to crash into the breakwater.
Join the Smart Shipping debate at Seatrade Maritime Middle East
Technology itself has been blamed for many more than one total loss and lots of serious damage. If electronic navigation hadn’t been invented, it would have been unlikely that a hapless navigator would have laid his course on a paper chart, right into an island, while managing to edit out the land on his ECDIS. But there again (and here we might just possibly return to the sad case of our Tunisian ro-ro), if ship’s officers felt a bit more engaged and useful, and not merely there to oversee the clever equipment, they might have a bit more interest and pride in their work. Discuss.

Accident at Barcelona Port.Ship Excellent hit the overhead crane and fire broke out 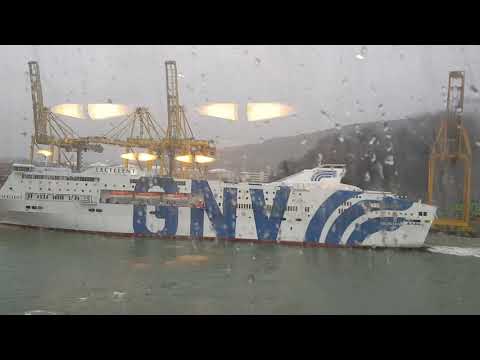 Dpworld Southampton’s new training lashing gantry & mooring area! Complete with opening hatch covers & storage racks, a perfect representation of the real thing, to be used for assessment days, refresher or initial training in a safe environment! Many thanks to the team at Pentalver Group Southampton who done an amazing job creating exactly what we wanted! Another piece of the Training Centre puzzle complete. hashtag#creatingthefuturenow hashtag#training hashtag#safetytraining hashtag#dpworld 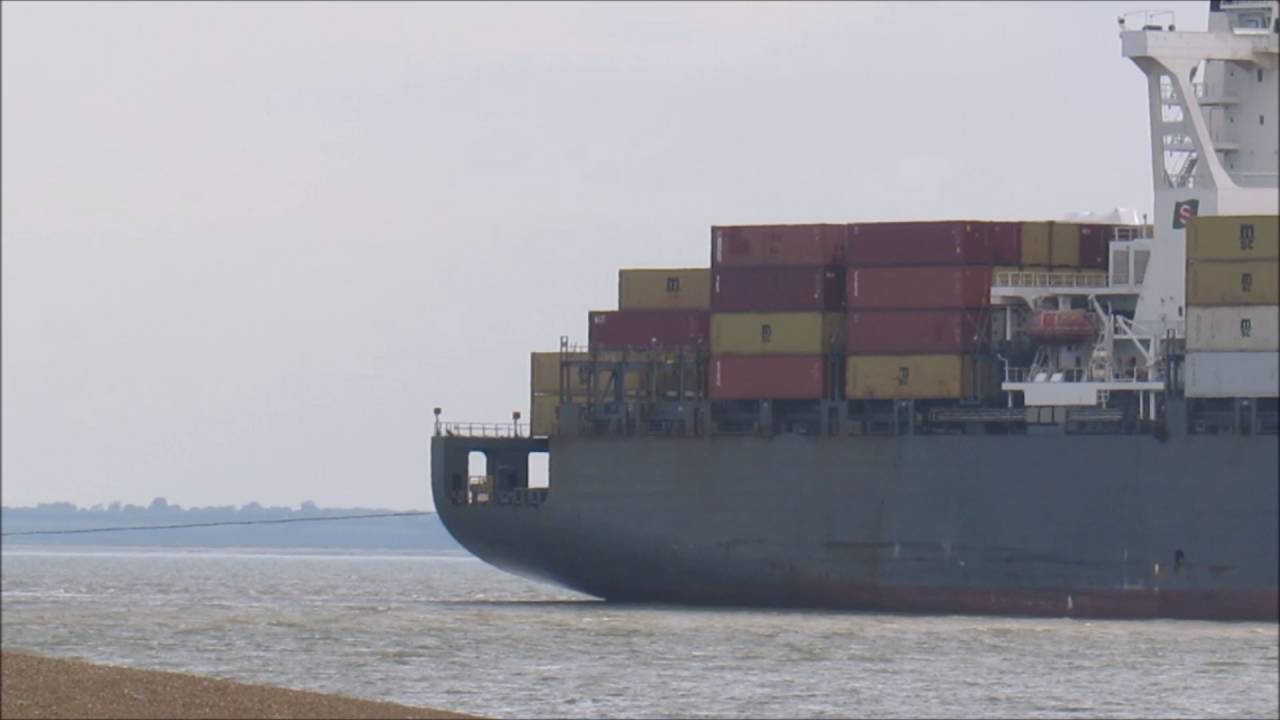 Typo error. The height of tide is missing: 2.26m, 8cm above prediction


Published on 27 Oct 2018
Over the last year, the Astrid Schulte has been on many trade routes into Europe from the Far East to the America's. At one stage she was on the EPIC1 (Europe Pakistan India Consortium 1 route which mostly left Felixstowe deep draughted towards the Middle East. A confirmed departure time of 10am, one of the Harwich Haven pilot launches with a pilot for Astrid Schulte and one for Mathilde Maersk, goes across to Felixstowe tug pontoon to drop the pilots off. Once the pilot makes his way to the top end of Trinty Terminal and onboard he radios Harwich VTS to say he was onboard, max draught of 11.5 metres for Rotterdam and would like the services. VTS replies that they would arrange it and 2 tugs would be up there shortly.

Svitzer Shotley a Damen 2411 tug was the first to leave the pontoon with Svitzer Deben a Damen 3212 tug following a few minutes behind. As it was going to be a busy morning and the Mathilde Maersk requiring a 3212 tug, the tug skippers planned that the Shotley would go aft and the Deben would go forward so it would be a quicker release when the Astrid was coming ahead. The pilot starts to single up as the tugs make their way up. Both tugs make fast on the centre leads fore and aft...
Posted by Felixstowe Dockers No comments:

Please Help A Felixstowe Docker & His Family Find Their Dog

*****missing cocker*****£700 rewardLadies and gentlemen my cocker spaniel has been missing for 2 days, the last sighting was on the A14 in Felixstowe at approx 9pm on Sunday night. It has been suggested as there hasn't been a sighting for so long that a driver my have picked him up. Please could you all keep yours eyes open and if you see anything or find rusty please message me. Thank you.

Debbie and all of Rustys family would like to ask everyone to keep looking for him and spreading the word.
However tonight they are going back to where he went missing to have a BBQ and cook loads of meat, in the hope that the smell will tempt him out.
If people could please refrain from calling his name and whistling for him tonight so that if he is in the area he will only hear his family and hopefully be found.
Should this be unsuccessful full searching will resume tomorrow so please keep looking and spreading the word

https://www.facebook.com/groups/569643373100005/permalink/2029482070449454/
Rusty now has a Facebook page to help in his search, we will update on here so please add yourself. Could you also share this as far and wide as possible. Could I ask that sightings only get posted on here. We will update as we have info and also on New search areas. Many thanks to all for your continued support.
Posted by Felixstowe Dockers 6 comments: 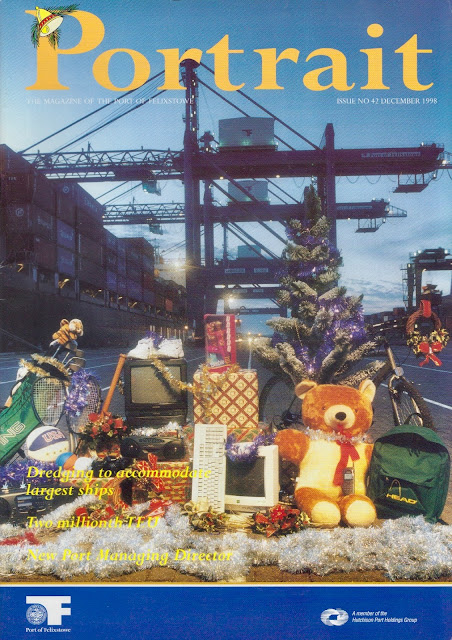 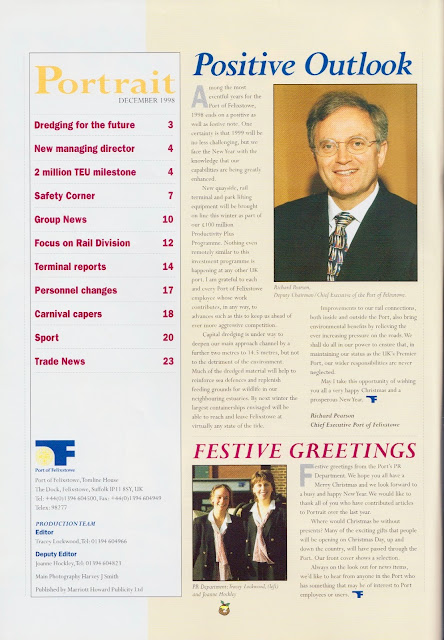 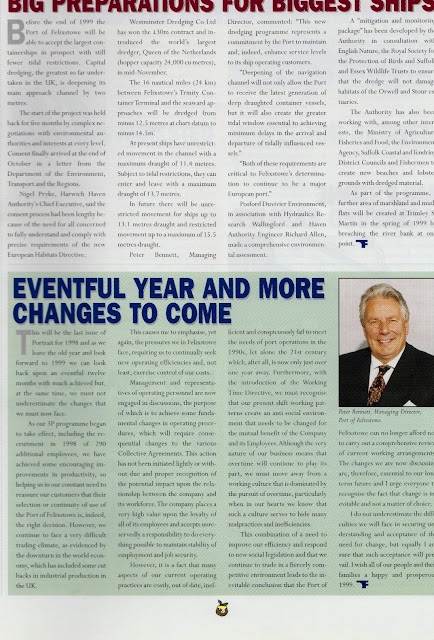 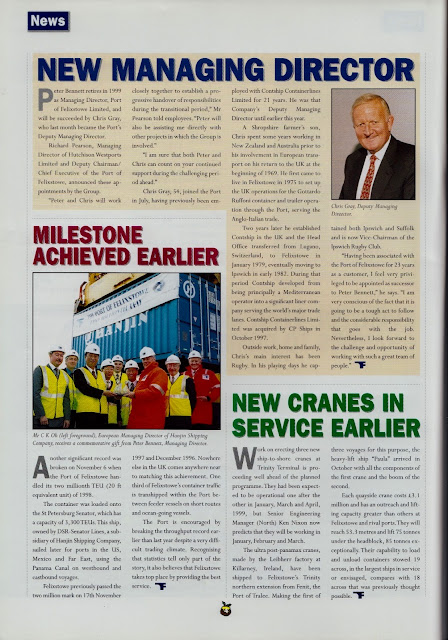 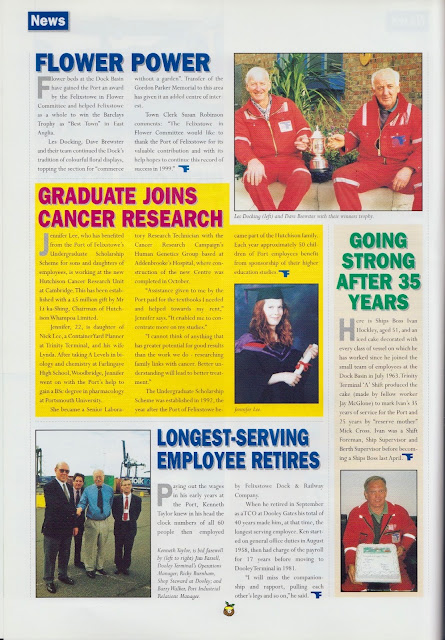 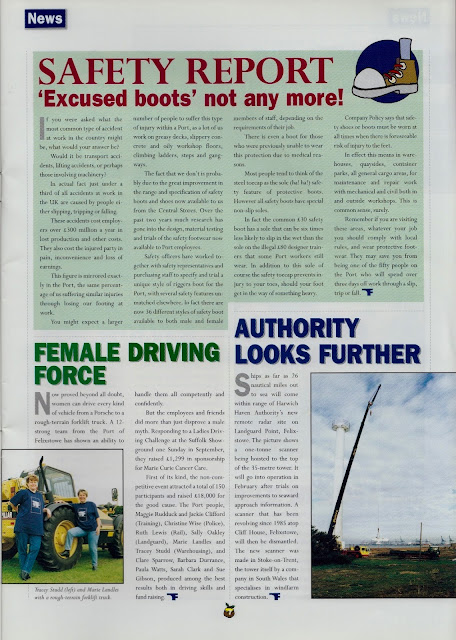 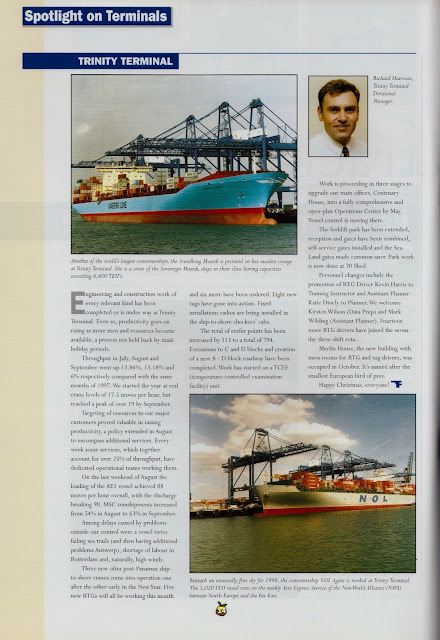 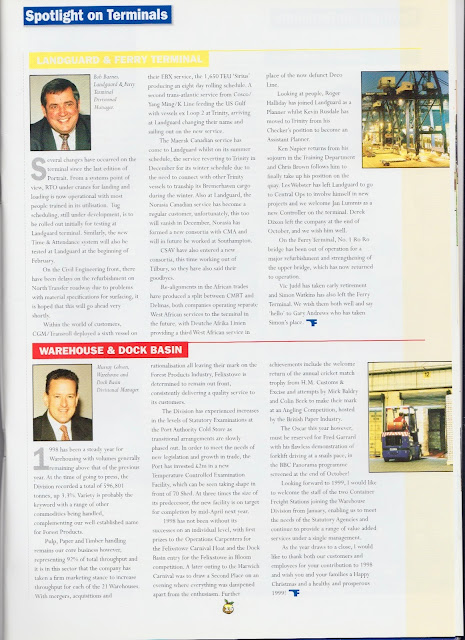 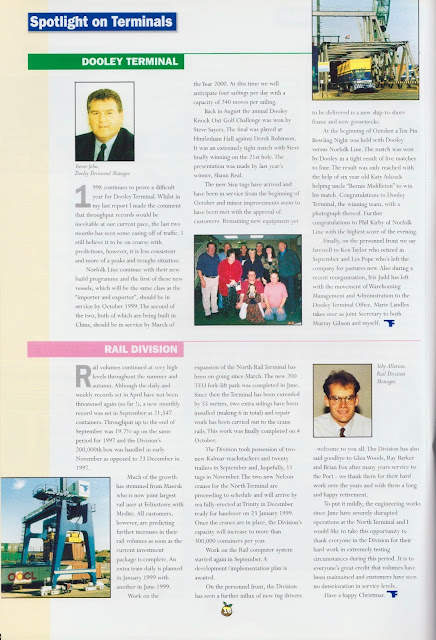 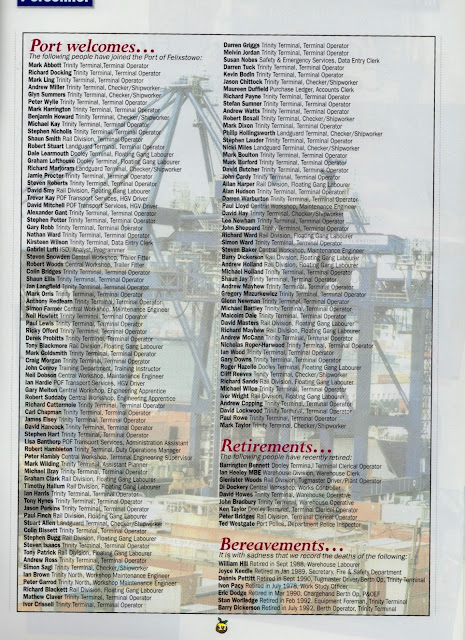 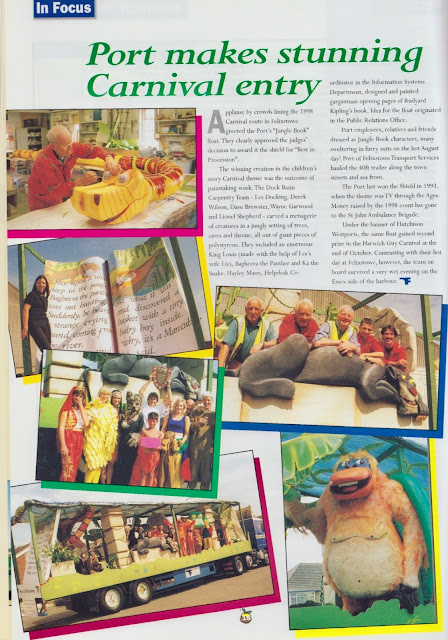 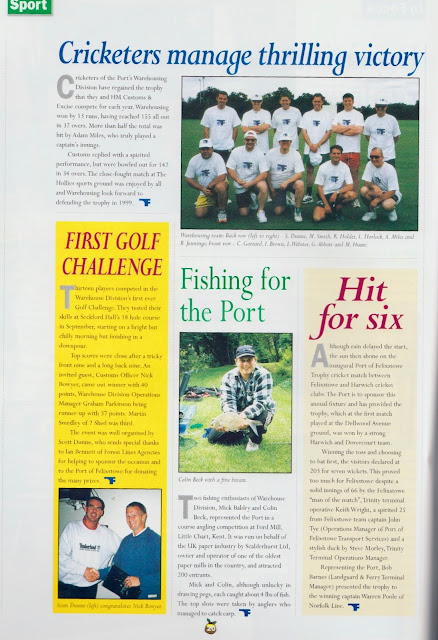 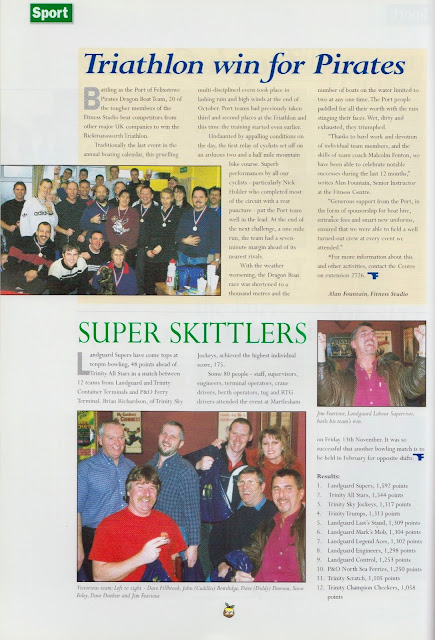 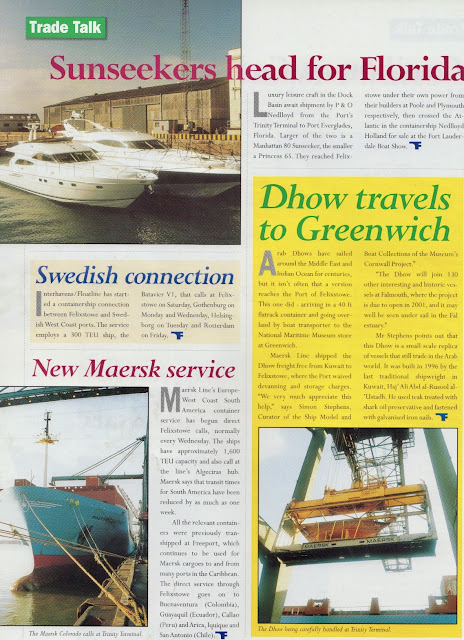