A rebuttal to the divisive statements made yesterday which only serves to divide the worlds Dockers unions. “Over many decades the ITF Dockers’ Section position has been consistent with terminal operators and ship owners: if you make capital investments in automation, it must be negotiated, appropriate protections for workers must be included with realisable social dividends for working people and unions, and we have and will absolutely reject any unilateral action by operators.”
“Historically dockers’ unions have been at the sharp end of automation. We have seen jobs disappear, change and shift location, and replaced by non-union workers. Dockers have good reason for scepticism and for rejecting the latest round of technology as expensive, inflexible and not as productive as people are. It amounts to not recognising and attacking our rights, and the role that we have played in building productivity on the international waterfront.”
“Automation is often used by the worst employers as part of an ideological attack on dock workers, designed to undermine unions and their members, and is commonly masqueraded by companies as a driver of productivity.”
Operators claim that automated machinery is more productive but that is fake news and disinformation. The overwhelming evidence shows that automated terminals are less productive and have far worse rates than in manual terminals.
“We need to fight from the front and shape the debate about automation. We welcome the latest round of genuine negotiations with some affiliates agreeing on limits and criteria of application,” said Crumlin.
“We know that employers are reluctant to make capital investments without subsidies that reduce risk and ensure profit. We know that new technology leads to both progress and disruption, but we must ensure that workers are protected, retrained, reskilled and that no jobs are put at risk.”
“Combatting this disingenuous approach to automation needs international solidarity and cooperation from dockers’ unions around the globe. We need to be united and not allow ourselves to be divided.”
“Automation is a highly politicised issue already for dockers globally, and one that affects us all. The Dockers’ Section cannot see a legitimate way of participating in the OTCi research, and no direct relevance to us, given the conclusions we have reached and our ongoing automation campaign," said Crumlin.
The ITF Dockers’ Section strongly supports the resolve of dockers’ unions that we should campaign around the world, involving all unions, to fight for our rights and for future generations of workers in our industry to protect our jobs and come together.
“The ITF Dockers’ Section is committed to campaign and drive the debate around automation. We need to use every industrial, political, legal and commercial step at our disposal to protect hard fought wages and conditions, decent work for our members, and the livelihoods of dockers’ families globally in the face of the industrial abuses being prosecuted by stevedoring operators like ICTSI under this banner,” said Crumlin.
ITF General Secretary Steve Cotton said that the undermining and the damage affected by some international stevedoring companies has forced dock workers to commit to the ITF campaign which rejects the use of automation to undermine dockers rights.
“This OTCi study has been carefully structured so that it cannot be directed at the stevedoring industry where abuse is well recognised and the ITF Dockers’ Section campaign is in place.”
“Instead the research aims to identify how technology, artificial intelligence and the gig economy are impacting workers and identifying long-term negative consequences to economic and community standards.”
“The study is intended to empower workers and arm workers with the skills to meet these new developments in a way that recognises their labour rights and the great economic cost that follows when governments and regulators sidestep their responsibilities to our working communities.”
“It is quite separate from the Dockers’ Section automation campaign which we fully support.” 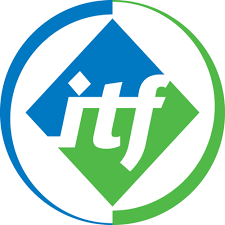 Peter Lahay Comrades, I have grown tired of the do nothing IDC masquerading as a Dockers body. They have no work plan they have no muscle and touristic leadership requiring no accountability. They go to a march every once in a while. Let off a few fireworks, take some photos, drink a bunch of beer and go home. The have done nothing. They didn’t lift a finger for their original IDC Local In Saint John, Canada two weeks ago. That ILA branch called the ITF to support them and we delivered a victory in collaboration. Stay strong and let us all reveal the IDC does nothing to build solidarity or win campaigns. They are only a destructive gang.
Posted by Felixstowe Dockers