Maersk under fire for abysmal subcontractor working conditions in Kenya 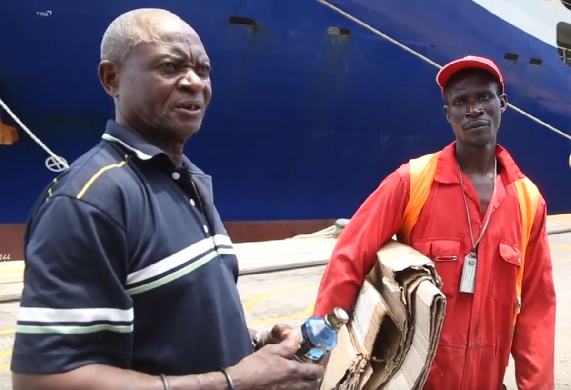 Danish shipping giant Maersk has attracted heavy criticism following revelations that one of its subcontractors at the port in Mombasa, Kenya is providing its dock workers with disgraceful conditions and pitiful wages.
The investigatory media outlet Danwatch has uncovered that the employees of the subcontractor, which hasn’t been named to protect the workers, undertake 24-hour shifts with a minimal number of breaks at just 2 kroner per hour – a rate well below the Kenyan hourly minimum wage of 7 kroner (see video below).
Many also don’t have safety equipment as they are forced to purchase it themselves, but many can’t afford to do so due to their pittance of a wage.
READ MORE: Maersk in hot water for sending ships to notorious scrapping beaches
Investigation launchedDanwatch interviewed 27 of the dock workers and several of them said they risked losing their jobs if they spoke to unions or journalists.
Maersk has written to Danwatch to inform it that it has launched an investigation into the allegations.
“We take the information very seriously. The company is encompassed in our Third Party Code of Conduct and will be part of our investigation. Should we discover any breaches in our code of conduct, we will rectify it as swiftly as possible,” wrote Maersk according to Ekstra Bladet tabloid.
It’s not the first time Maersk has landed in hot water. In 2016 it emerged the company was sending ships to be scrapped on notorious scrapping beaches in India and Bangladesh.

I'm hoping that these allegations are not accurate. Conduct like this, is certainly not characteristic of the organization I once was an employee of.......

Andy Green The whole APM group have been attacking Dockers around the globe, Kenya, Tangier and Gothenburg are all suffering from this companies brutality!
on November 27, 2018