Crew holed up on Thames ship as migrants threaten staff

A group of migrants has been found on a cargo container ship in the Thames Estuary and is threatening the crew, demanding to be taken to the coast00:0301

Authorities are dealing with the ongoing incident where the group was discovered stowed away on the 236-metre long cargo ship, the Grande Tema. 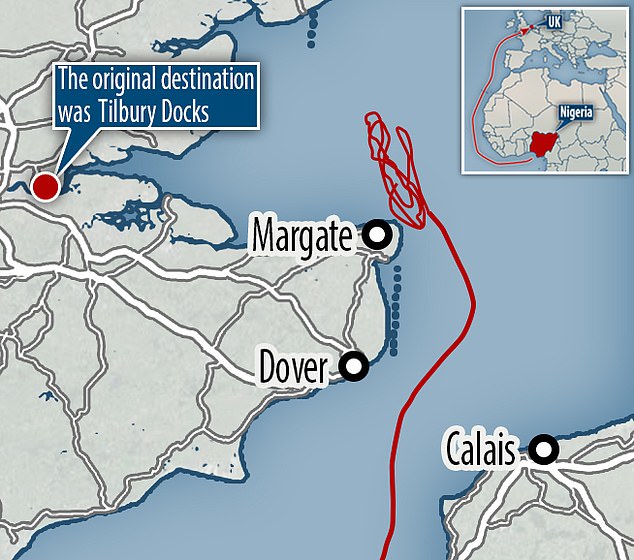 Paul Kyprianou, spokesman for the Grimaldi Group shipping company, told Sky News: "We found four stowaways.
"The vessel was coming from Nigeria... They managed to escape from the cabin and started threatening the crew, requesting to have the vessel navigate very close to the coast... we understand they wanted to jump and reach the British coast." 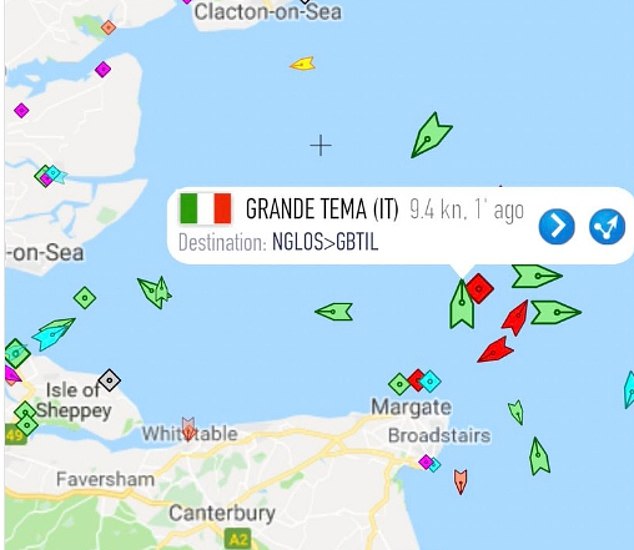 He said the crew reacted and locked themselves in the bridge of the vessel and are safe, and that the stowaways are not armed but have picked up potentially harmful objects.
"They managed to get whatever they could find on the vessel... pieces of iron, tubes and things like that and this is what they used in order to threaten," Mr Kyprianou said.

"The vessel is under the command of the crew there is no question about that... the only problem is that we have four people who are free on the deck and they are threatening crew members and requesting they get close to the coast."
The vessel had been travelling eastwards through the English Channel when the migrants were discovered this morning.

Police say officers are dealing with the incident and it is not being treated as a "hostage, piracy or terror-related incident".
An Essex Police statement said: "We continue to deal with a complex incident on board a vessel that is in the Thames Estuary close to the Essex and Kent borders.
"This follows a call relating to the safety of crew on board at around 9.15am today, Friday, December 21.
"We have received no reports that anyone has been harmed and don't believe they are at risk. We are not treating this as either a hostage, piracy or terror related incident.

Video via this link
https://news.sky.com/story/group-of-migrants-found-in-thames-cargo-ship-sky-sources-say-11588206?

Grande Tema Update.
The vessel continues to maintain station off the North Kent coast this evening. With four pirates aboard, each of whom are fundamentally holding the crew, master and company to ransom, one truly hopes the situation can be rapidly brought to a satisfactory conclusion.
I have received many messages and phone calls today since breaking this story this morning. One thing is certain, by definition, this is an act of piracy. It should not be presented to or dressed up to the general public as anything other than that.
My thoughts this evening is with the crew and all those responding to this unprecedented incident.
Life at sea is tough enough. There is only one appropriate and adequate conclusion to this situation.