Have we reached peak ULCV delivery? 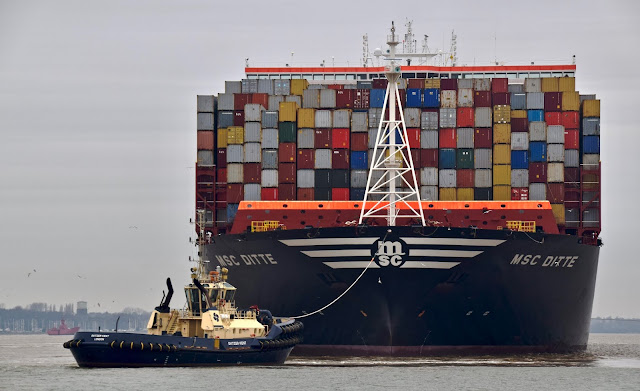 Will Waters
A record amount of mega-ships of 18,000 teu and above was delivered in 2018, but Drewry believes delivery delays and slow steaming can rescue carriers from the capacity inflation of further deliveries over the next few years 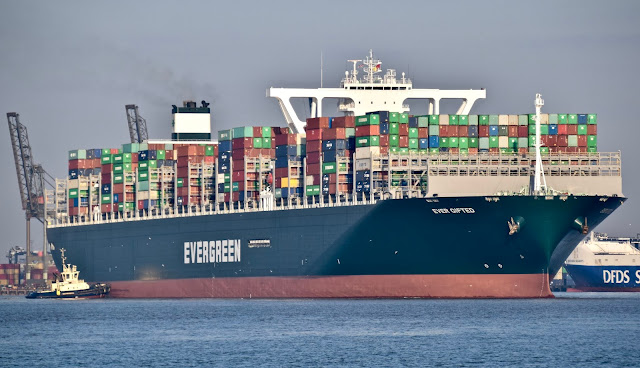 A record number of mega-ships of 18,000 teu and above were delivered in 2018, with more due over the next few years, but Drewry believes delivery delays and slow steaming can rescue carriers from the capacity inflation threatened if they all arrived on schedule – assuming lines have learned the lessons from their recent over-confidence in the future importance of Ultra Large Container Vessels (ULCVs).

Drewry described the amount of ULCVs arriving over the next few years as “an unwanted legacy from a period when carriers were over-confident in the market and possibly misguided in the benefits those ships offer”. But the container shipping analyst added: “Nonetheless, we believe they will be able to mitigate the capacity inflation by delaying deliveries and slowing services.”
Last year, a total of 26 containerships of at least 18,000 teu were delivered to carriers, the most since ULCVs first hit the water in 2013. All of the aggregated capacity of 525,500 teu that arrived in 2018 was deployed in the Asia-North Europe trade, Drewry noted.
It said the current orderbook schedule “calls for a slightly less punishing deluge this year (460,000 teu)”, followed by what would be another record haul in 2020 (620,000 teu), adding: “While it is true that accommodating such large tranches of new capacity will be challenging, especially as the Asia-North Europe trade is in a slow-growth phase, there are reasons to believe that the task will not be as onerous as it initially appears.
“Firstly, it is common that the annual delivery schedules are adjusted downwards in time. It is highly unlikely that all of the ULCVs scheduled for the next two years will arrive as originally planned with many being pushed into following years.”
Drewry said it provided an adjusted orderbook outlook that takes into account delivery slippage and other factors that impact the containership fleet in its Container Forecaster report.
Secondly, just because a new ship enters a trade, it does not automatically follow that the net capacity of the route increases, Drewry pointed out. Slow steaming gives lines the option to phase in a new vessel to a weekly service and maintain the existing capacity, assuming the new ship is of a similar size to those it is joining, with the trade-off of longer transit times between ports. 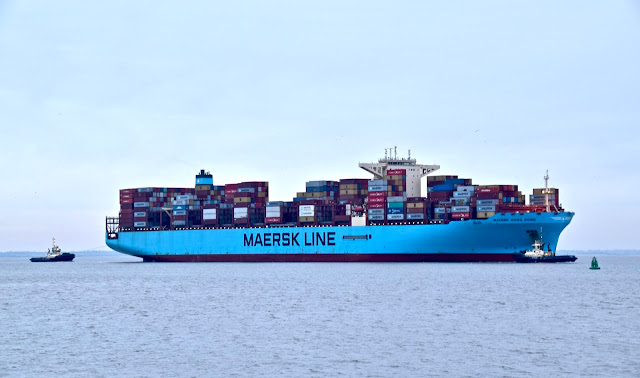 “This is precisely what 2M carriers Maersk Line and MSC are planning to do from March,” Drewry explained. “As part of a network revamp, the two carriers will introduce six extra ships on to their 10 existing Asia-Europe (including Mediterranean) services.
“By adding more ships on to the same number of services (there will, however, be a net reduction of eight port calls in the network) the carriers said they will be able to improve schedule reliability by adding ‘extra operational buffer’. The decision to slow ships down is probably also motivated by a desire to reduce ship fuel consumption in light of the anticipated higher bunker costs associated with IMO 2020, but nonetheless it will enable more ships to be entered into the trade without adversely hiking up capacity.”
Drewry said there will be some new capacity entering the Asia-North Europe trade in April in the form of a seventh loop from the Ocean Alliance carriers (CMA CGM, Cosco/OOCL and Evergreen). Between them, these carriers are responsible for 62% of this year’s unadjusted ULCV deliveries; the rest belonging to the 2M carriers, Drewry said. “As such, no amount of slow steaming could hide all of that new tonnage and a new standalone Ocean Alliance service was inevitable.”
Full deployment details of the revised 2019 network structure are still pending, but the existing set-up reveals that there is scope to manoeuvre, Drewry believes. “Of the 18 weekly dedicated Asia-North Europe services operating in December 2018, there were 8 loops running with sub-ULCV size ships. Additionally, only five services deployed 12 ships. Therefore, it gives space to carriers to upsize and/or phase in more units to existing loops,” the analyst said.
“As difficult as the task of allocating ships is, it is something that carriers are well accustomed to by now. Their long-standing experience gives us some measure of confidence that they will find the appropriate solution to absorb the new tonnage due over the next few years.”
Drewry pointed out that the introduction of ULCVs in 2013 helped to kick-start the trend for fewer services using bigger ships. “That pattern is likely to continue, but will eventually level off as the stock of ULCVs in the pipeline dwindles,” it noted. “To counteract that we expect to see a higher proportion of Asia-North Europe services taking the long road and deploying a minimum of 12 ships.”
Drewry concluded: “The amount of ULCVs arriving over the next few years is an unwanted legacy from a period when carriers were over-confident in the market and possibly misguided in the benefits those ships offer. Nonetheless, we believe they will be able to mitigate the capacity inflation by delaying deliveries and slowing services.”