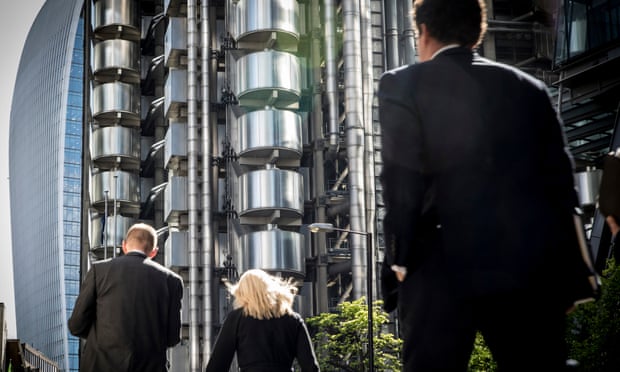 A worker on a median salary of £23,474 would have to work 167 years to earn the median annual pay of a FTSE 100 boss. Photograph: David Levene for the Guardian

Pay for chief executives at Britain’s biggest listed companies rose more than six times faster than wages in the wider workforce last year as the average boss’s pay packet hit £3.9m.
Chief executive pay at businesses on the FTSE 100 index surged 11% on a median basis in 2017 while average worker earnings failed to keep pace with inflation, rising just 1.7%, according to the High Pay Centre’s annual review of top pay.
A worker on a median salary of £23,474 would have to work 167 years to earn the median annual pay of a FTSE 100 boss – up from 153 years in 2016, the report showed. The gap between bosses and workers widened despite government efforts to hold companies accountable for runaway pay.

The soaraway super-rich shame British politics – and our politicians

Read more
Use of the median figure, which smooths out the impact of outsize payments by taking the mid-point when all CEO payments are lined up from the biggest to smallest, mitigated the effect of the two largest and most controversial pay awards: the £47.1m awarded to Jeff Fairburn of the housebuilder Persimmon, last year’s biggest earner; and £42.8m for Simon Peckham, the boss of industrial turnaround specialist Melrose.
City investors said the report showed that companies were not listening. Andrew Ninian, director of stewardship and corporate governance at the Investment Association, which represents major fund managers, said: “Investors have repeatedly highlighted their concerns with excessive CEO pay, so it is frustrating that the message does not appear to be getting through to some FTSE 100 boardrooms. This year we have seen more FTSE 100 companies get significant votes against their remuneration reports than in previous years.”
Almost half the votes cast at Persimmon’s annual meeting in April opposed Fairburn’s pay package. Uproar over his pay forced Fairburn to say he would take about half this year’s payout, which could be worth about £60m. At Melrose, which bought the engineering company GKN in May, more than a quarter of shareholder votes failed to back Peckham’s pay deal. Pay at Persimmon and Melrose sent the mean figure for chief executive pay – which divides total pay for FTSE 100 bosses by the number of CEOs – up 23% to £5.7m in 2017, which is nine times the rate of mean wage growth.

Rachel Reeves, who chairs the Commons business committee, said the government should take tougher measures on pay if company boards, and the remuneration committees that set executive wages, do not step in. She said: “Excessive executive pay undermines public trust in business. When CEOs are happily banking ever-larger bonuses while average worker pay is squeezed, then something is going very wrong.”
The report, compiled with the Chartered Institute of Personnel and Development, will reignite the debate over unequal pay following years of workers’ pay being squeezed by weak pay growth and rising prices. Pay growth has slowed to its weakest in a year, official figures showed on Tuesday.
John McDonnell, the shadow chancellor, said: “Most people’s wages are still below 2010 levels and are barely keeping up with inflation. So when they see the fattest cats get fatter yet again with an 11% pay rise, it’s no wonder people question the fairness of our society.”
Theresa May vowed to crack down onhigh executive pay when she became prime minister, but the government has watered down its proposals and scrapped a pledge to put workers on boards. Last year’s report by the High Pay Centre’s, a thinktank, showed the median figure for chief executive pay falling 12% and some experts had said companies were showing restraint.

Advertisement
Frances O’Grady, general secretary of the TUC, the umbrella body for British trade unions, said: “Pay for most people is barely rising at all. So working people will find it hard to understand why fat cat executives are splashing the cash for themselves.
“Workers should get seats on boardroom pay committees to bring a bit of common sense to pay decisions. And the government should put the minimum wage up to £10 an hour to give more workers a fairer share of the wealth they create.”
Other big earners in 2017 included Rob Perrins of the housebuilder Berkeley, whose pay rose £17m to £27.9m, and Sky’s Jeremy Darroch, whose pay jumped to £16.3m from £4.6m.
Pay at Persimmon, Melrose and other companies was pushed up by long-term incentive plans (LTIPs), which are meant to reward performance over several years. Shareholders have questioned whether LTIPs are a good way to reflect performance but the plans made up 56% of chief executive pay in 2017 – up from 48% a year before.

The report said LTIPs rewarded individual executives when generally rising share prices, economic growth and the efforts of other workers also contributed to the company’s performance. 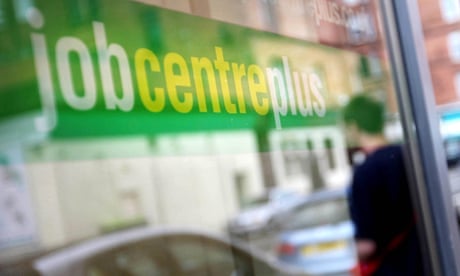 Read more
There were seven FTSE 100 female chief executives in the period covered, with the data based on accounts of FTSE 100 companies in June 2018. The highest earner was Emma Walmsley, boss of GlaxoSmithKline, who was paid £4.9m. The mean figure for women bosses was £2.8m – less than half the £5.9m average for men. Men are paid more than women in eight out of 10 companies and organisations that reported figures under government rules.


Advertisement
The government will require public companies with 250 employees or more to publish and justify the gap between pay for their chief executive and their average worker salary from the start of 2019. The government’s critics have said its measures fall short of the governance revolution promised by May.
The High Pay Centre’s report called on companies to implement the new rules immediately and to show the gap between the top 1% of earners and the wider workforce. Companies should also strip back commentary on pay to the essentials to make it easier to understand, the report said.

… we’re asking readers to make a new year contribution in support of The Guardian’s independent journalism.
Three years ago we set out to make The Guardian sustainable by deepening our relationship with our readers. The same technologies that connected us with a global audience had also shifted advertising revenues away from news publishers. We decided to seek an approach that would allow us to keep our journalism open and accessible to everyone, regardless of where they live or what they can afford.
More than one million readers have now supported our independent, investigative journalism through contributions, membership or subscriptions, which has played such an important part in helping The Guardian overcome a perilous financial situation globally. We want to thank you for all of your support. But we have to maintain and build on that support for every year to come.
Sustained support from our readers enables us to continue pursuing difficult stories in challenging times of political upheaval, when factual reporting has never been more critical. The Guardian is editorially independent – our journalism is free from commercial bias and not influenced by billionaire owners, politicians or shareholders. No one edits our editor. No one steers our opinion. This is important because it enables us to give a voice to those less heard, challenge the powerful and hold them to account. Readers’ support means we can continue bringing The Guardian’s independent journalism to the world.