We welcomed Cabinet Minister for Transport @MathesonMichael to The Port of Grangemouth today! 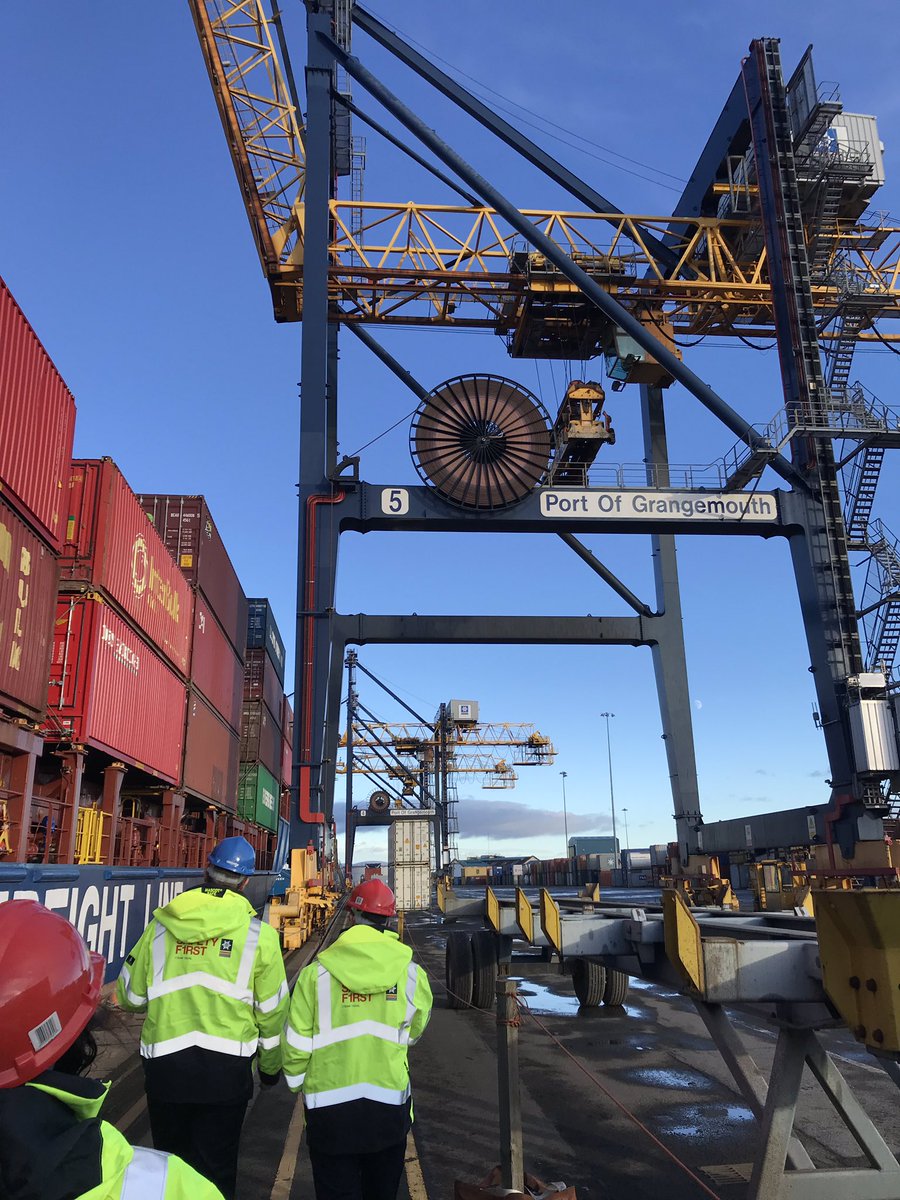 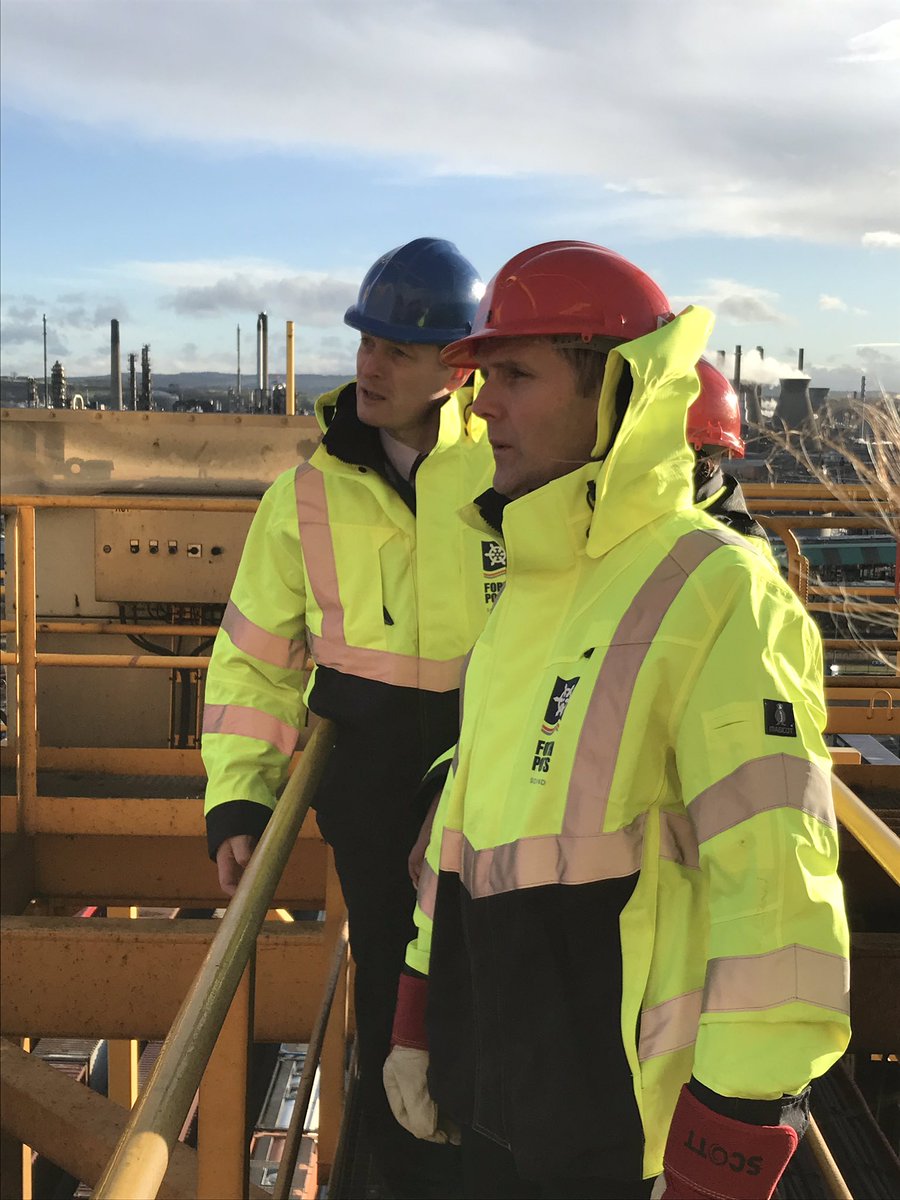 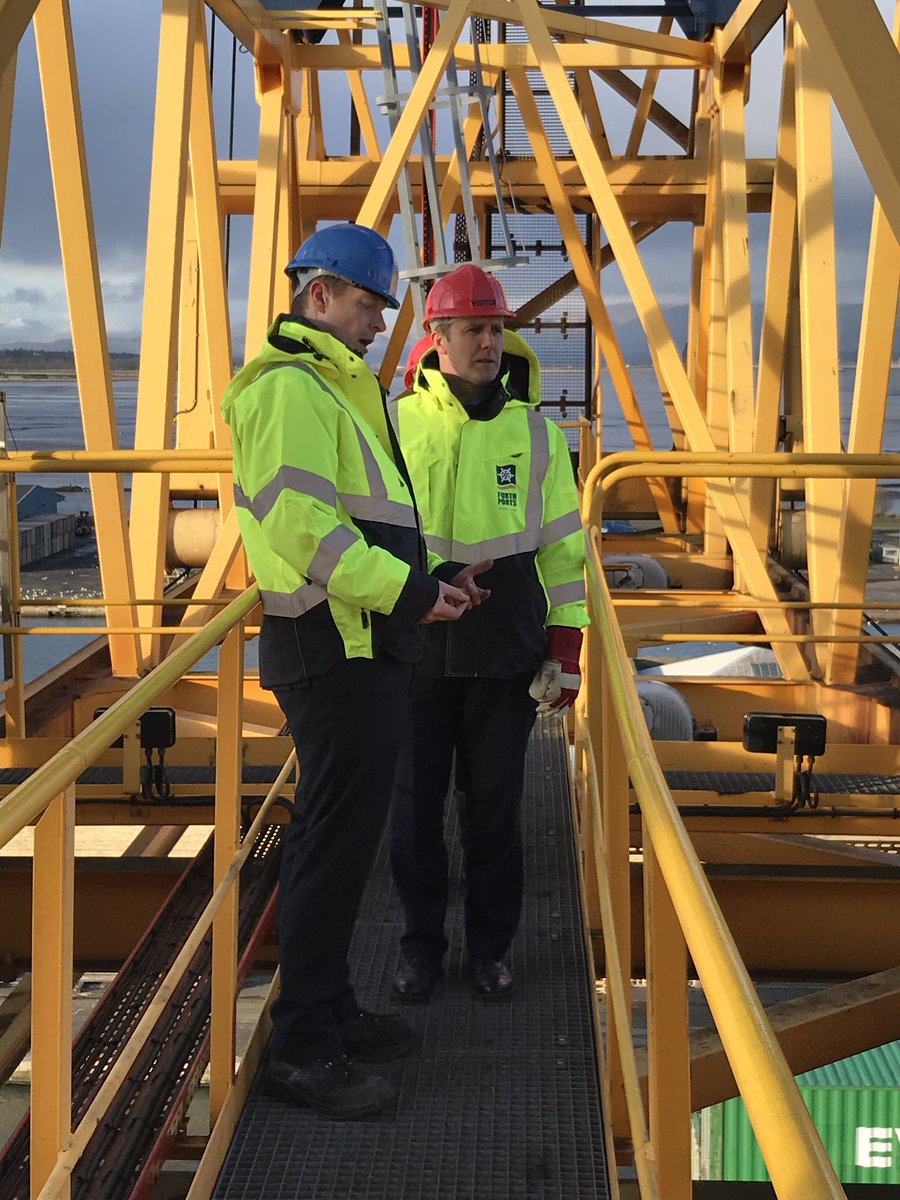 We welcomed Cabinet Minister for Transport @MathesonMichael to #ThePortofGrangemouth today! The ‘high’ light was a tour of the port from the top of one of our @Liebherr cranes! #scotlandsBiggestPort #containers #BitBreezy

The Port of Grangemouth’s new multimillion pound crane gets to work this month at Scotland’s largest container terminal. At 45metres high, the new crane has changed the skyline at the port as it joins two other ship-to-shore container cranes (images and drone video clip attached with this release).

For the first time, a trio of Liebherr cranes, were able to work on the Andromeda J to unload and reload its container cargo before it sailed to Rotterdam.

This third container crane to join the Forth Ports’ fleet is part of a £10million investment programme at the port to increase handling capacity and service for customers by ensuring a faster turnaround time for cargo. More than £6 billion worth of goods passes through Grangemouth each year including food and drink, chemicals, timber, paper and equipment for the oil and gas industry.

As the busy pre-Christmas export season gets underway for food and drink, Grangemouth can service the current and future container volume growth for export and import cargoes both in European and International markets.

Derek Knox, Grangemouth’s Port Manager, said: “We are Scotland’s largest container port and we handle some of the country’s most valuable exports including food and drink. It is vital that we deliver fast turnaround times for our export and import customers and with this new crane, we can now unload and load a ship with a trio of cranes.

This is a huge benefit for our customers who need a reliable and efficient service at ports and the addition of the new crane increases our capability and flexibility to adapt to changing shipping demands. The new crane is also future proofed to enable taller straddle carriers to work underneath the crane legs, allowing the port to further increase its overall container storage capability in the future.”

The 45 metre high crane, which weighs 524 tonnes, arrived in large sections on board a heavy load carrier vessel in the summer after sailing from Liebherr’s state of the art facility in Killarney, South West Ireland, where the crane was designed and built. The crane was unloaded onto the quayside and constructed by the expert build team from Liebherr on site at the port.

As part of an ongoing major investment programme at Grangemouth, the port introduced three new ESC340 straddle carriers in 2017, increasing the fleet at the container terminal to 16. The port also added a new Hyster empty container handler to the fleet. The new straddles, empty container handler and the new Liebherr crane will increase the handling capacity for both conventional containers and reefers (refrigerated containers). A new terminal operating system and additional storage capacity have also been introduced in 2018.