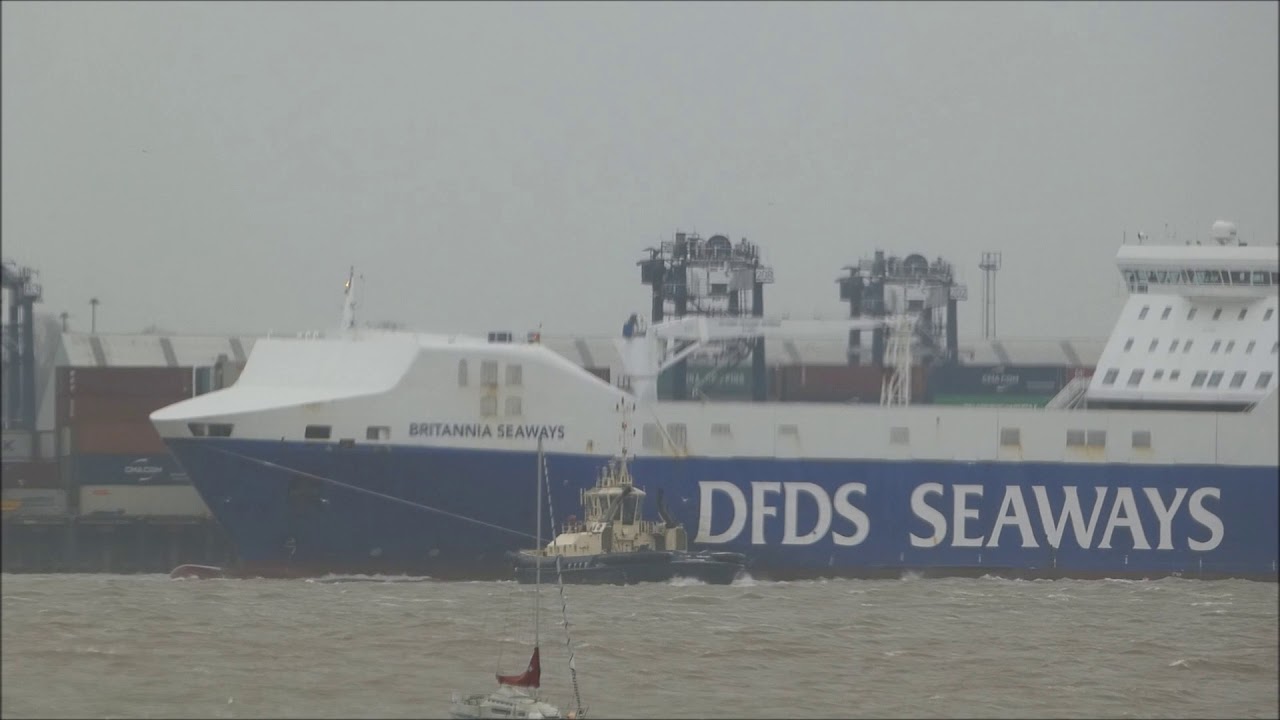 DFDS ferry Britannia Seaways orders one tug for departure from Felixstowe Ro-Ro4 as the South Westerly winds steadily increase over the next 2 hours. 30 minutes from departure the captain requests another tug to carefully ease her off the berth and a swing to port. Svitzer Shotley had helped the Britannia Seaways off the berth the previous day as winds were still causing issues. Today's winds were greater with some strong gusts, the decision for a second tug is not taken lightly as the costs involved but with how the winds were it was the safest option.


Svitzer Deben makes fast on the port quarter while Svitzer Shotley makes fast centre lead forward. Stena Hollandica passes through the harbour outbound for Hoek van Holland as the Britannia Seaways singles up and begin breaking away from the berth. Steadily, she comes off the berth with the power of the tugs and bow thruster. After a little while the captain trickles the engine ahead and increases the Shotley forward to swing the bow to port. Deben eases to let the Shotley swing the bow. As the Britannia Seaways picks up some headway, Shotley gets in a let go position and peels off onto the Felixstowe side. Shortly after the Deben closes up and released a few minutes later. Both tugs head back to the tug pontoon to lay in wait for the inbound CSCL Globe which had requested all 4 Svitzer tugs.

Who thumbs-down with no explanation? ... Deben is my favourite tug, cool. Thank you.﻿ 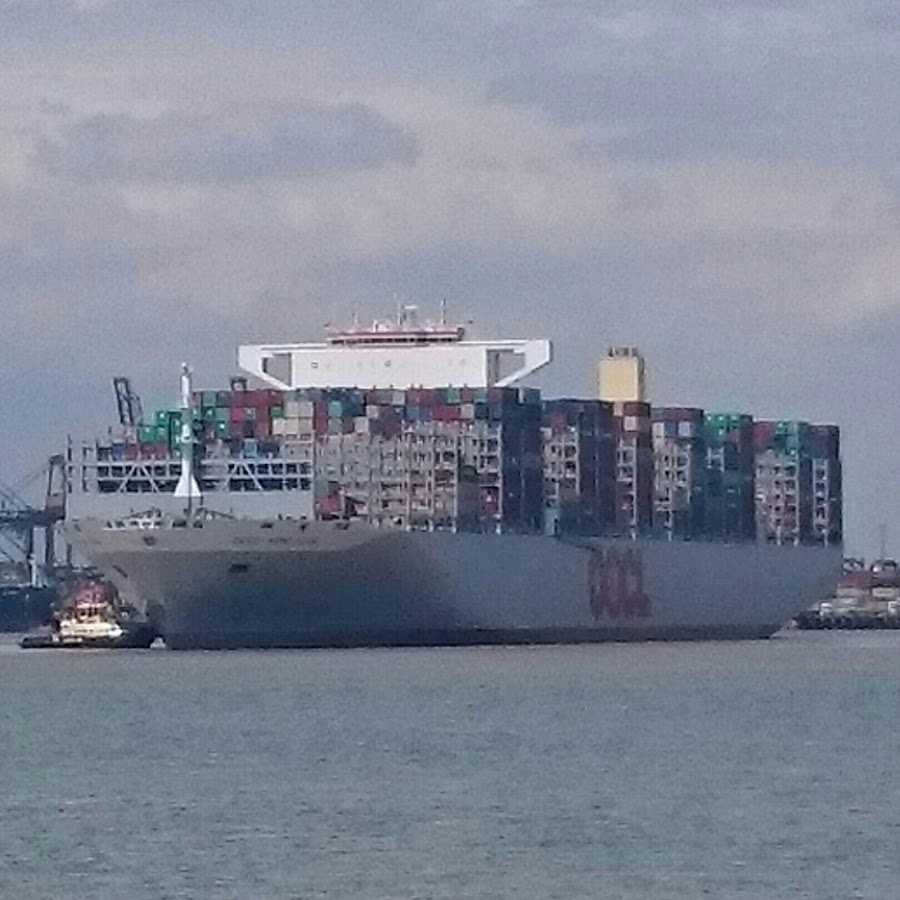