Witnesses to an explosion that killed a man aboard a ship at Felixstowe port have described the harrowing scenes in the wake of the accident.

At the opening of the second inquest into the death of 35-year-old Celso Banas, from the Philippines, the jury heard details of the catastrophic boiler explosion that happened on board the Manhatten Bridge, a Japanese registered container ship on a voyage from Rotterdam to Felixstowe.
Nigel Parsley, senior coroner, said the purpose of the inquest was to determine how Mr Banas, an oiler working on board the ship, came to be fatally injured in the explosion.
Mr Parsley read out a series of testimonies from members of the Manhatten Bridge crew that witnessed the aftermath of the accident in January 2017.
Jose Pagahacian, an engine boy on board the ship, said he rushed to the scene after hearing an explosion followed by a fire alarm.

On arrival, he said he saw “black smoke” and the ship’s second engineer, Orland Dongon, with injuries to his arms and hands.
He then caught sight of Mr Banas with his leg “on fire”.
Riomer Bugas, chief officer on board the Manhatten Bridge, said he knew the boiler had exploded because he could “smell carbon”.
“In 11 years I have never experienced anything like this,” he said.

The jury heard that Mr Banas died after suffering multiple burn-related injuries, lacerations and skull fractures.
Despite the best efforts of paramedics, he was pronounced dead at the scene.
The inquest also heard from Leo Tagala, first engineer, and Marrano Malunao, chief engineer on board the Manhatten Bridge.
In a statement read out by Mr Parsley, supplemented by a transcript from an interview conducted by the Japanese Transport Safety Board (JTSB), Mr Tagala said the alarm for the emergency boiler trip was activated “about six times” on the day of the accident.

He said this was “not unusual”, a sentiment echoed by Mr Malunao - who gave his testimony live.
Mr Malunao said it was the job of the second engineer, assisted by the oiler, to respond to trip alarms.
The jury heard that this is what happened on the night of the explosion.
When the emergency trip alarm sounded shortly after 11pm, Mr Malunao said that Mr Dongon and Mr Banas went to check up on the boiler.

Shortly afterwards, the crew in the control room heard a muffled bang followed by a fire alarm.
Mr Malunao said that Mr Dongon walked out, injured, pointing towards the boiler room where Mr Banas had been hit.
Mr Parsley the turned his attention to repairs made to the burner that were carried out in Hamburg after the incident.
Mr Tagala, who witnessed the repairs, said the burner filter was “blocked by wax”.
In the transcript of the JTSB interview read out by Mr Parsley, Mr Tagala said: “It had a lot of wax inside it. It was like grease.”
The jury heard that wax could build up inside a burner filter in cold conditions, unless the fuel was treated with a certain chemical.
Mr Malunao said that the fuel used on board the container ship at the time of the voyage was marine gas oil (MGO) and the chemical used to treat it was called Octamar Winter.
The jury heard that, without the use of Octamar Winter in cold conditions, wax deposits can form in the oil. This can stop the fuel from flowing properly, triggering alarms.
Mr Malunao said that the MGO on board the Manhatten Bridge was not treated with the appropriate concentration of Octamar Winter as the ship was not carrying sufficient supplies of the chemical.
This was despite instructions sent out by the ship management company in 2015, saying that MGO should be treated by Octamar Winter.
Mr Parsley stressed that the purpose of the inquest was a fact finding exercise - and not an appropriate means by which to apportion blame.
Tomorrow, the jury will hear from Mr Dongon, who was also injured in the accident.
The inquest continues. 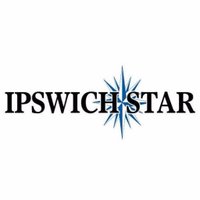