Stockpiling sparked by fears over disruption at ports including Felixstowe 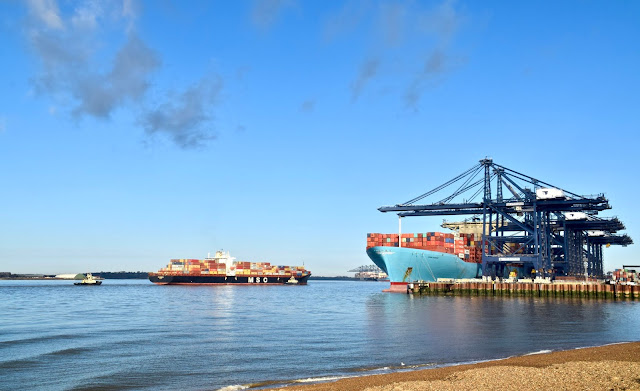 A big-name retail chain has raised concerns over potential post-Brexit disruption at deep sea ports sparking worries over the impact of leaving the EU on Britain’s biggest container port of Felixstowe.

Dunelm has started stockpiling some of its best-selling lines to hedge against potential disruption to its supply chains ahead of Brexit.
The homeware retailer said there could potentially be some disruption at “deep sea” ports following Britain’s impending departure from the European Union on March 29, and therefore it has started “purchasing incremental stock of some best-selling lines and securing additional supply chain capacity”.
MORE: See this Suffolk pub’s six-figure new look
It imports less than 1% of its goods from EU countries.

Dunelm follows the likes of Pets at Home, Tesco and Marks & Spencer, which have also revealed plans to shore up supplies ahead of Brexit.
However, the director of a leading haulier company which is based at Felixstowe Port denies seeing any recent evidence of companies stockpiling in preparation for March 29. “The volumes of cargo coming into the UK right now don’t seem to be that buoyant - if people were panic storing, then it would be busier right now than it is,” he said. “The haulage sector has been very busy for the last six months, but now it’s much quieter than it has been for a long time.”
He added that it was “hard to say” at this point whether Brexit will have a negative impact on trade at Felixstowe Port, as of course it all depends whether Therea May gets her deal through or not.
“There is too much uncertainty to know what will happen.
“Although most of the cargo comes into Felixstowe from China, India and the Middle East, we also have a lot of shipping lines that send containers in deep sea vessels from Spain and Southern Europe - although normally the European cargo comes in on trailers on the ferries.”
Port of Ipswich manager Paul Ager explained that its operator, Associated British Ports, has published a Brexit Resilience brochure in order to make sure it’s as prepared as it can be for March 29, and that its commercial team has already had enquiries from shipping operators.
“We’ve known about Brexit for a while now, and there’s an assumption that businesses have been planning and that they have the answers - but it depends which business you talk to as to what answer you get,” Mr Ager said.
“We know of customers who have brought lots of stock because they aren’t sure what is happening, so they have taken up loads of additional storage space in our business and in other areas such as consumer retail.
“Other customers are bringing in less and opting to have cash in the bank for the time being.”
https://www.eadt.co.uk/business/the-impact-of-brexit-on-felixstowe-port-ipswich-port-and-hauliers-1-5890519?