A Storm Is Gathering Over Container Shipping 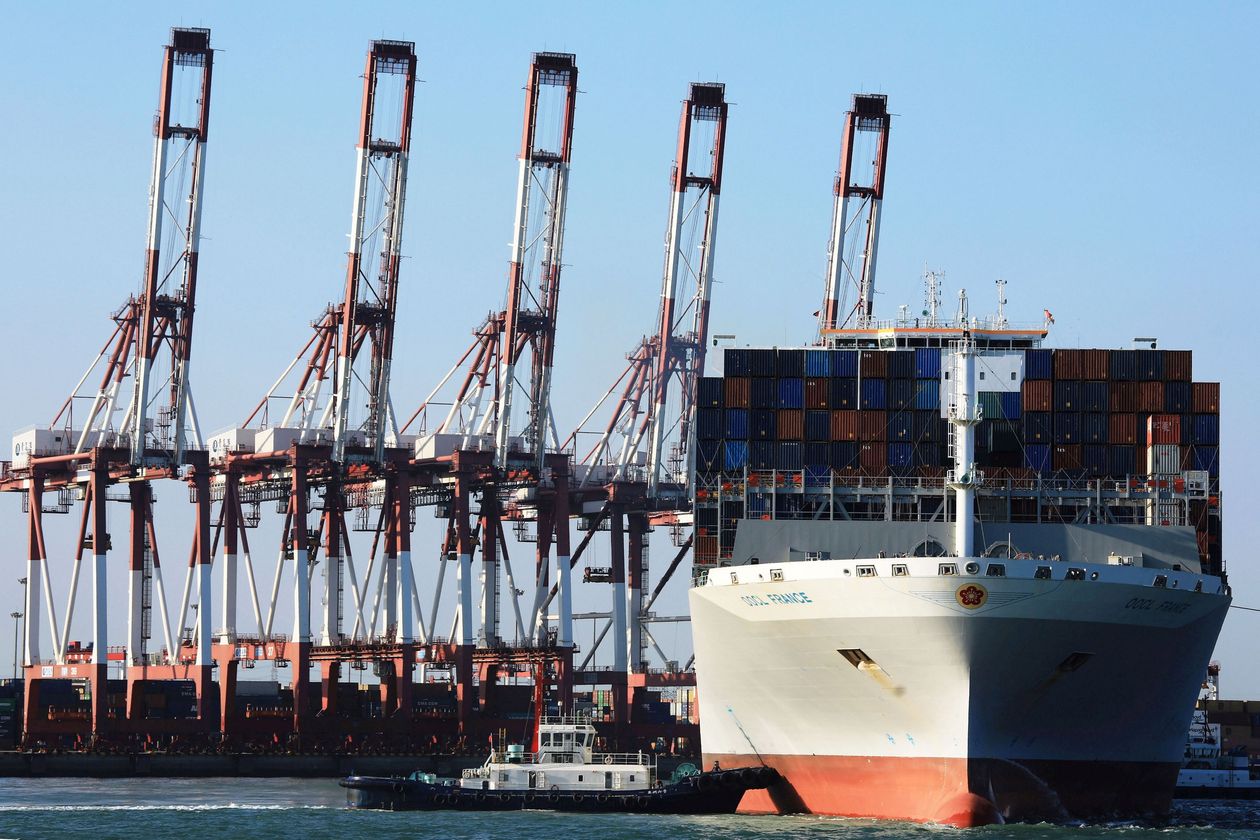 It used to be that you could measure confidence in the container shipping industry by the ever-increasing scale of the carriers’ vessels and the size of their ship orders.
These days, the hulking megaships that serve the world’s biggest trade routes look more than ever like monuments to brash corporate planning and projections built out of hopes rather than reality.
From slowing global trade to rising fuel prices to capacity increasingly out of step with demand, container shipping operators are facing new challenges over the next two years, leaving prospects for a recovery foundering after nearly a decade of moving in fits and starts toward stability.
Shipping boxes stuffed with clothing, electronics, manufacturing parts and a broad range of consumer goods across the oceans is the backbone of global trade. But the cost of moving them could go up sharply as regulations calling for cleaner—and more expensive—ship fuels kick in next year.

Sources: Braemar ACM Shipbroking based on data from Shanghai Containerized Freight Index
Estimates are that shipping companies will try to pass on to cargo owners around $10 billion a year in combined additional expenses from the new fuel requirements, but they will almost certainly have to absorb some of those costs to keep customers on board.
Container ships move everything from clothes and food to furniture, electronics and heavy industry parts. In the years before the 2008 financial crisis, boxships fueled globalization. Demand for ocean trade grew up to 8% annually and owners spent billions to buy more vessels.
This created loads of excess tonnage which, at the current rate of new ship deliveries, will take at least two years to absorb. It also means that on top of higher fuel expenses, freight rates likely will continue to hover way below break-even levels across some of the biggest ocean trade routes.
With China’s economy slowing and shipments taking a hit from the evolving trade war between Washington and Beijing, operators are already cutting their full-year forecasts.
“We see clearly a global economic growth that is declining,” Soren Skou, chief executive of A.P. Moller-Maersk A/S, the world’s top container operator by capacity, told an investor conference call earlier this month. “We see weaknesses, in particular, in China and Europe. We expect container demand growth to fall to 1% to 3% this year from 3.7% to 3.8% last year.”
Copenhagen-based Maersk said 2019 will be subject to considerable uncertainties because of the risks of further restrictions on global trade. It added that a new regulation by the International Maritime Organization to cut sulfur emissions from ship stacks “will bring significant increases in fuel prices.”
Industry experts expect the IMO rule, which goes into effect at the beginning of next year, will boost ship fuel costs by about a third.


Equities analyst David Kerstens of Jefferies LLC in a report last week trimmed the investment bank’s target for Maersk shares, in part based on the carrier’s cautious outlook for the year. The firm expects Maersk to recover its $2 billion in added fuel costs, but “irrational behavior with price competition remains the key risk factor and could potentially trigger the fourth wave of sector consolidation and a shakeout among some of the smaller loss-making and financially distressed Asian carriers.”
“The fuel price increase is very significant and there will be a premium in freight rates,” Jeremy Nixon, chief executive of Japan’s Ocean Network Express, told The Wall Street Journal in a recent interview. “We are trying to pass on the fuel charge to customers, but we are not doing it very effectively.”
The operators are at a critical point of the year on shipping prices, with negotiations on annual freight contracts now under way with their biggest customers, including WalmartInc., Home Depot Inc., Amazon.com Inc. and Target Corp.
Consulting firm AlixPartners LLP said in a report last week that ships on the main Asia-to-Europe trade route would need to boost freight rates by 40%, and 33% for trans-Pacific trades.
Shipping executives say uncertainty over the availability of cleaner fuels makes price estimates this year little more than a guessing game. “It has turned the shipping market, the transportation market, into a casino,” said Andreas Hadjiyiannis, president of the Cyprus Union of Shipowners.
The continuing standoff between the U.S. and China pushed shipping volumes to rise sharply in the second half of 2018 as companies pulled orders forward to get ahead of tariffs. With threats of additional tariffs set aside for now, estimating orders and shipping volumes this year is a guessing game.
“We don’t believe a China-U.S. deal will be the last we have heard of trade tensions in 2019,” said Mr. Skou. “There is also clearly an outstanding discussion between Europe and the U.S.”
A persistent imbalance between shipping supply and demand only adds to the uncertainty.
London-based Braemar ACM Shipbroking Services PLC estimates demand for container shipping will grow between 2% and 3% annually over the next four years, while fleets are expected to expand at a 5% annual rate. About a third of the new tonnage will be ultralarge container vessels that move up to 22,000 boxes.
Maersk introduced those behemoths in 2013 and other carriers quickly followed, deploying dozens of the vessels on Asia-to-Europe routes. The idea was that billions could be saved by stacking scores of boxes on a single ship rather than on a number on smaller ships.
The carriers are struggling to keep the ships full to make up for the big capital outlays, however, and the effort is crashing against supply chains. Shipping lines are cutting weekly services to get as many boxes as possible on each ship, which means fewer port calls and delays in deliveries that leave customers angry.
“It’s the A380 superjumbo,’” said Lars Jensen, chief executive of SeaIntelligence Consulting in Copenhagen. “It only works in specific corridors, otherwise it’s too big.”
Airbus SE is now winding down its disappointing A380 jet program. But the world’s container shipping lines are stuck with their megaships and only a big rebound in global trade will turn around their business.
Write to Costas Paris at costas.paris@wsj.com
https://www.wsj.com/articles/a-storm-is-gathering-over-container-shipping-11551612600
on March 12, 2019