THE FIRST train maintenance centre for wheels in East Anglia is set for land in Harwich.
Greater Anglia has put forward an official planning application to build the wheel reprofiling centre next to the A120 near Pheonix Bridge.
The site is reclaimed land currently allocation for tree planting in the long-awaited Bathside Bay development.
But if approved, the metal depot with a wheel lathe could be built creating up to 10 jobs.
There would be a train maintenance centre, service yard, store, office and welfare, with a car park to provide 11 car parking spaces, two disabled spaces, 10 cycle spaces and three powered two wheeled vehicle spaces.

A design and access report sent to the council, said: "It is understood that the land was ‘reclaimed’ from the Stour Estuary in the mid 1980s, using material arising from channel dredging.
"Plans for a new container port permitted by Tendring Council in 2010 with commencement at any time prior to 2021 include all the reclaimed land, with the rail maintenance depot site allocated for tree planting.
"The site south of the A120 is the site of the proposed wheel-lathe development and is within the boundary of Station Lane Grassland Local Wildlife Site designated for its flower-rich grassland and brownfield land."
Greater Anglia has said a number of locations have been considered for the depot, which would be the first of it's kind on the franchise area to maintain the planned new trains.
It comes after plans for a £70million state-of-the-art train depot at the former Wardle Storeys/ICI site in Factory Lane, Brantham were unveiled in 2017.

The plans were set to see the creation of between 30 and 100 jobs with 13 tracks where trains can be parked overnight for cleaning and maintenance, two undercover tracks in a 300-metre shed with full under-train inspection pits and cranes as well as a wheel lathe for repairs.
But the idea halted due to issues with the land owner and extra movements on the level crossing at Manningtree.
A presentation included in the Harwich application added: "Various sites being looked at around the franchise area – but a site between Harwich International and Dovercourt stations shows strong potential."
The development would be the second big maintenance centre near Harwich International Port.
Work started in December on a new £10million state-of-the-art operations and maintenance base for Galloper Offshore Windfarm.
Construction is expected to take about 12 months and create 120 jobs, both direct and indirect.
It will be home to a team of 60 staff.
A Greater Anglia spokesman said: “We're still finalising our new maintenance and stabling plans. We'll confirm more details once all the plans are agreed.
“We have submitted a planning application to Tendring Council and await their decision.” 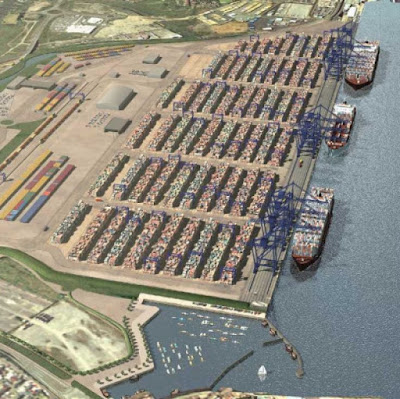 Hutchison Port Holdings (HPH) has received a five year build extension on the new container port development at Bathside Bay in the UK – meaning that instead of a deadline of 2016, it has up until 2021 to start work.
HPH says that the extension was applied for because of the recession. Paul Davey, HPH spokesman, said to Port Strategy: “The Bathside consent was extended due to the recession impacting on growth. This is not unique to Bathside or even ports.”
Meanwhile, the local Tendring Council says that it’s important that the development goes ahead because it’s absolutely vital to the economy of the town of Harwich and the district itself.
The multi-million Harwich International Container Terminal (HICT) project was originally given the green light by the Secretary of State in March 2006 following a public inquiry. It will be located adjacently to Harwich International Port and should bring much needed jobs and investment to the area.
Hutchison Ports originally came forward with an application to extend the time limit for the scheme for another five years in January 2011.
It then applied for a variation on the original development application last November but later retracted it in light of “the anticipated costs and delay associated with a call-in and public inquiry.”
This provoked urgent talks at Whitehall to try to rescue the proposal because the council feared that HPH would pull out of the development altogether.

Councillors have hit out at a judge’s decision to allow a legal challenge to plans for a multi-million pound container port at Bathside Bay.
RAPE say planning permission granted by Tendring District Council (TDC) in February for the reclamation of Bathside Bay, Harwich, for the development of a port and a small harbour will destroy protected wetland.
The proposed £300million-plus development would see a deep-sea container port built at the site with rail and road links to the rest of the country.
Hope for the scheme’s go-ahead was boosted last month with Government approval for Assisted Area Status for Harwich, allowing firms access to grants for expansion.
Hutchison Ports (UK) Ltd first applied for permission for the development in 2003, which was secured from the then Labour government three years later. In 2010 Hutchison applied to extend the time limit from 2016 to 2021. This was approved by TDC in February 2013.
Lord Justice Patten agreed Mrs Meredith’s claims that TDC did not properly consider whether “overriding public interest” continued to exist allowing the “destruction” of a protected site to be justified, as grounds for appeal.
He said: “The planning committee’s decision, the effect of which is to destroy or considerably impact a European Site of Interest, should arguably have been based on compelling evidence of an immediate need or one likely to be fulfilled within the life of the planning permission.
“The fact the prior planning permissions lasted 10 years without development being commenced, it seems there is at least an arguable case they had no such material in front of them so either asked themselves the wrong question or came to a conclusion which was not open to them on the evidence.”
He also said claims TDC failed to properly interpret the National Planning Policy Framework could be explored further.
The matter will now go to a full hearing at the Court of Appeal. The judge also limited Mrs Meredith’s liability to pay TDC’s legal costs in the event of defeat to only £2,500.
Carlo Guglielmi, TDC’s councillor for planning, said: “It is very disappointing and the real slap in the face is he has limited her liability for costs. It’s absolutely disgraceful.
“In this day and age when a government is doing all it can to stop obstacles in the course of economic growth we have a judiciary treating us in this dreadful manner.
“The grounds are very thin and though I respect the judge’s decision I very much hope when it goes higher up they will see sense.”
Council leader Mick Page added: “Bathside Bay is one of my projects as I consider Harwich to be the jewel in the crown for Tendring.
“Anything which will delay the economic boost is not welcomed and the Assisted Area Status gives us the impetus to more forward very fast. This scheme should allow us to achieve jobs and prosperity for the area.” 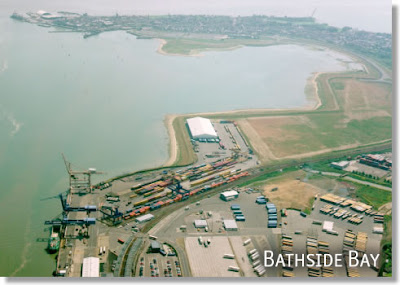 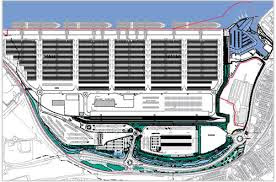 Bathside Bay is situated in Essex on the east coast and is surrounded by the ancient port town of Harwich and its younger neighbour, Dovercourt. It is:

Hutchison Ports (UK) Ltd. wants to build the second largest container port in the UK, after Felixstowe, with nearly a mile of quayside.

Objections to the proposal

The proposal is being opposed by wildlife NGOs (RSPB, Essex Wildlife Trust), statutory bodies (English Nature, English Heritage, the Environment Agency, the Highways agency), environment NGOs (CPREssex, Friends of the Earth), local residents groups (HEAT, Residents Against Port Expansion, Starboard, Fisherman's Association) and others who are taking part in the Public Inquiry that began in Harwich on April 20th in Harwich and runs until the middle of September.

Wildlife in the area

Most of the area around the Stour and Orwell estuaries is protected because of the presence of salt marshes and inter tidal mudflats which provide feeding grounds for wintering wading birds.

Despite possible new jobs there will certainly be many detrimental effects for local communities including: 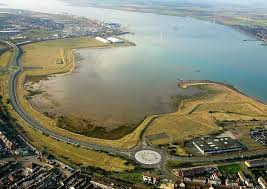 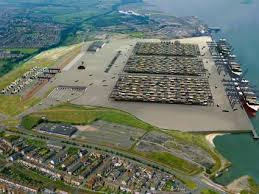