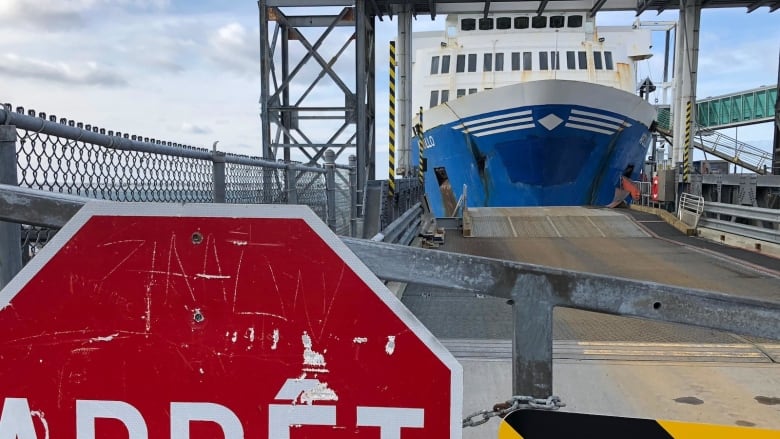 Province has spent $3.5 million so far to purchase ferry and ensure service to eastern Quebec

The NM Apollo ferry, pictured here at the wharf in Matane, is being removed from service by Quebec's ferry corporation just two months after it was purchased. (Michel-Félix Tremblay/Radio-Canada)

The province's ferry corporation is pulling the plug on the NM Apollo, just weeks after the ferry acquired in January made its first crossing of the St. Lawrence River in eastern Quebec.
StéphaneLafaut, the interim head of the Société des Traversiers du Québec (STQ), made the announcement following a series of incidents in the last month —  including the vessel's collision into the wharf in Matane last Saturday.
"It seems obvious at this point that the Apollo can no longer remain in service," Lafaut said.
The Transportation Safety Board of Canada (TSB) declared the ship to be potentially unseaworthy after carrying out a visual inspection of the Apollo on Sunday.
TSB senior investigator François Dumont told CBC he discovered a number of problems with the 49-year-old ship which led him to go beyond the TSB's usual mandate and make a declaration that would normally be the responsibility of Transport Canada.
"We were very worried about the safety and seaworthiness of the ship, and we decided to report that immediately to our director of investigation," said Dumont.
Dumont said a simple 45-minute walk around the Apollo uncovered a number of problems, from defective watertight compartments, to exposed wires, to rusted cabinets in the main control room. 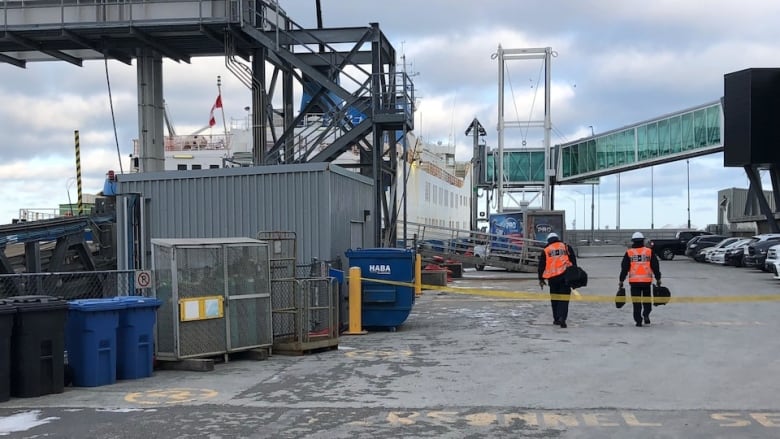 Investigators with the Transportation Safety Board of Canada arrived at the wharf in Matane on Sunday and were alarmed by the overall safety features of the Apollo. (Michel-Félix Tremblay)
The TSB's main concerns were not linked to either of the crashes, Dumont said, but were rather due to the age of the ship.
"It is just the wear and tear."

The STQ decided to pull the Apollo from service without waiting for an official investigation by Transport Canada because of the ongoing safety concerns and rising costs.
"I want my team to be able to focus on the purchase of a replacement vessel and the renewal of the F.A. Gauthier," said Lafaut.
The NM Apollo, built in 1970, was purchased in January to replace the F.A. Gauthier, which usually ensures the Matane—Baie-Comeau—Godbout crossing, at a cost of $2.1 million.
The STQ has also been chartering flights to bring passengers across the St. Lawrence while the Apollo was undergoing repairs after its first crash in February, bringing the total price tag up to nearly $3.5 million, according to Lafaut.
Quebec Transport Minister François Bonnardel said he recognizes how costly it has been to keep ferry service going, but he said the Apollo was the only ship available when the province needed one.
"We were in an emergency situation," Bonnardel said Tuesday, underscoring that Transport Canada inspected the vessel in 2018 and again when Quebec moved to purchase it in January 2019.
"They said this boat was OK: we decided to buy it because they said that. If [they hadn't], for sure, we wouldn't have bought this vessel." 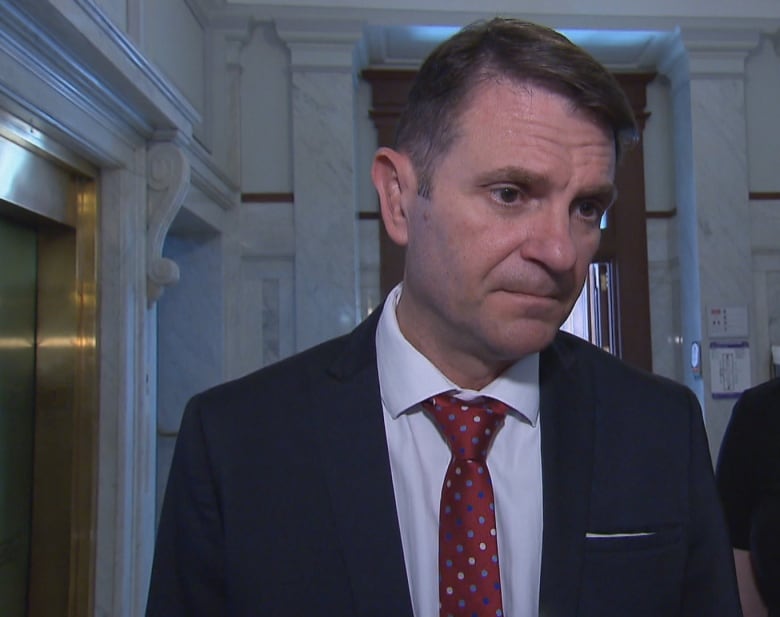 Transport Minister François Bonnardel said the NM Apollo was the only vessel available back in January when the STQ was searching for a replacement ship. (CBC)
The interim leader of the Quebec Liberal Party, Pierre Arcand, said the government needs to find a solution "to this problem that has been dragging on for a long time.''
Ruba Ghazal, Québec Solidaire's transport critic, said the whole saga of the Apollo has raised several safety concerns. Ghazal questions if the proper inspections were carried out before passengers were allowed on board.
"It's just mistake after mistake after mistake," she said.

The STQ continues to charter planes to transport passengers across the St. Lawrence for now.
As of Thursday, the corporation will be borrowing the CTMA Voyageur, which usually sails to the Magdalen Islands. Heavy trucks will have priority.
Meanwhile, the ferry corporation is negotiating the purchase of a replacement ferry that would be brought in "as soon as possible."
Lafaut said that ferry has already been inspected and would "ideally" be put into service in time for the summer season.
Repairs to the main propellers of the F.A.Gauthier, which has been in dry dock since December, aren't expected to be done until at least August.
With files from Radio-Canada
CBC's Journalistic Standards and Practices|About CBC News
Report Typo or Error|Send Feedback
https://www.cbc.ca/news/canada/montreal/apollo-ferry-taken-out-of-service-by-ferry-corporation-quebec-1.5062691?
on March 30, 2019