With Brexit in Flux, Shippers Re-Route to Avoid Dover

As Theresa May mulls moves to stop the U.K. leaving the European Union without a deal next month, some businesses have already made plans to bypass the port of Dover in case a hard Brexit brings it to a standstill.
The prospect of truck jams snarling Europe’s busiest ferry port is prompting a rethink of transport modes, with a switch of vital cargoes to ocean-going containers emerging as an alternative to the traditional route.

Ferries linking Dover on England’s south coast to northern France have dominated trade flows to continental Europe for centuries. But the introduction of customs checks after a no-deal split could hold up each truck for vital minutes, leading to 30-mile tailbacks, according to some projections.


Ports in a Storm

Container traffic at Felixstowe, Liverpool may get Brexit boost 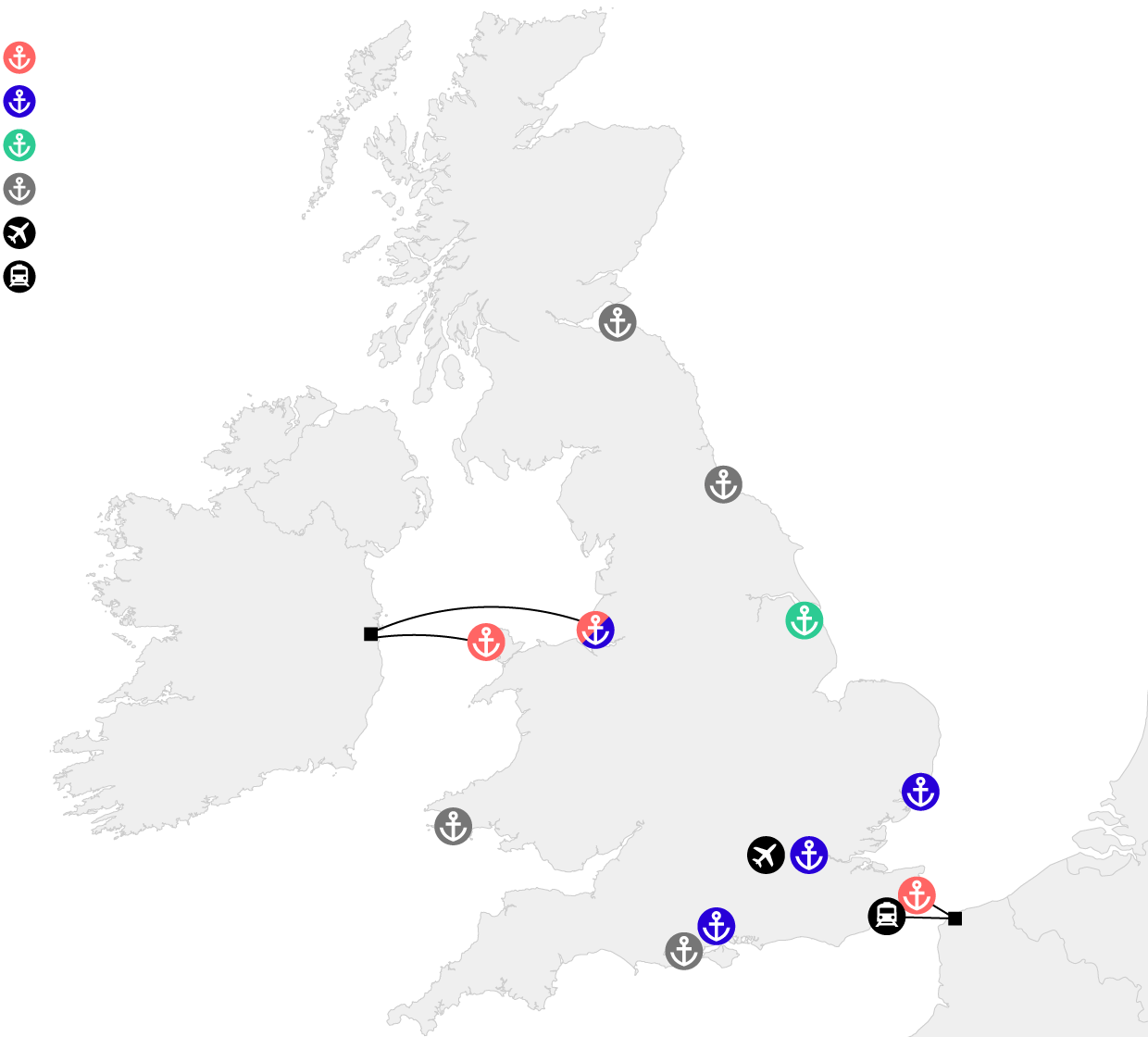 The workaround for some businesses is to book goods due for delivery after March 29 into the 45-foot boxes more associated with three-month journeys from China than the short hop across the English Channel. Container terminals say they’ll be able to process the extra cargo without any delay, while shipping lines are adding extra sailings as demand ramps up.

“We expect to see customers increasing volumes to the U.K. in February and March in anticipation of April,” said Gerard de Groot, owner of A2B Online, which operates a fleet of eight vessels connecting Moerdijk near Rotterdam with four U.K. ports, each of them able to carry more than 500 containers.
Spanish olive-oil producer Borges International Group relies on trucks for the bulk of U.K. exports but says it could move more by container depending on client needs. The company, which gets 2.3 percent of sales from Britain, currently sends a small number of boxes each year from Barcelona to Hull on England’s east coast.
Prime Minister May is expected to let her cabinet discuss extending the Brexit deadline at a crunch meeting Tuesday, according to people familiar with the situation. A delay would ease corporate concerns about a no-deal split, while risking a backlash from the euroskeptic wing of her Conservative party.

Read More: Theresa May Is Said to Consider Delay to Brexit Date
The European Union accounted for more than half of the non-bulk tonnage passing through U.K. ports in 2017, with roll-on, roll-off ferries -- which allow trucks and cars to be driven directly aboard -- handling 70 percent of that trade. Containers carried only 20 percent, while dealing with almost 90 percent on deep-sea routes, according to Department for Transport figures.

Dover controls 35 percent of the U.K. ro-ro market and acts as a gateway for everything from BMW AG Mini auto components to Novo Nordisk A/Sinsulin. Alternatives are limited; most rival ferry harbors can’t handle vessels of the same size, and all involve longer sea crossings than the 1 1/2 hours separating the Kent town from France, 21 miles away.

The Channel Tunnel rail shuttle, which carries trucks between Calais, France, and Folkestone, England, might also suffer disruption in a hard Brexit, as could ro-ro harbors in Liverpool and Holyhead, though they’re chiefly gateways to Ireland and less important to the functioning of the British economy.
Read More: Fear of Brexit Catastrophe Grows on Britain’s Other Irish Border
Container terminals including Felixstowe, Southampton, London and Teesport stand to benefit because, unlike ferry ports, their reliance on traffic from Asia and the Americas means they’re already geared up for the customs checks that could accompany a no-deal split.

Containers from Europe would be handled in the same way as deep-sea cargo, said Timm Niebergall, director of short-sea traffic at Danish logistics company Unifeeder, owned by Dubai-based ports giant DP World. “The process is well established,” he said. “The infrastructure and customs routines are in place.”
A2B has added three weekly container sailings to Teesport in the past nine months, taking its U.K. total to 21, and could offer two more to Thamesport, a London terminal. Unifeeder began a service from Lithuania and Poland to Immingham last quarter and one from Poland to DP World’s London Gateway terminal this week, for a total of six weekly trips.
Read More: How a No-Deal Brexit Is Shaping Up, From Banks to Food Supplies

Harbor owners say they’re ready for the uptick in demand after swelling capacity to meet a longer-term trend toward containers.
Associated British Ports is spending 50 million pounds on upgrading container terminals in Hull, where capacity has been tripled to 15 ships a week, and Immingham, where work starts shortly. Peel Ports, which opened the Liverpool2 container terminal last year at a cost of 400 million pounds, has added 10 percent more sailings and increased the average vessel size.
Diverting freight away from Dover and other ferry ports isn’t a viable solution and would ultimately make U.K.-EU trade less efficient, said Duncan Buchanan, policy director of the Road Haulage Association, which represents companies with 80,000 trucks.

“This is a reflection of the anticipated extra friction for road freight that will make containers more competitive than they are now,” he said. “I’m not surprised people are looking at it, but it would mean a slower, less flexible supply chain.”
— With assistance by Samuel Dodge