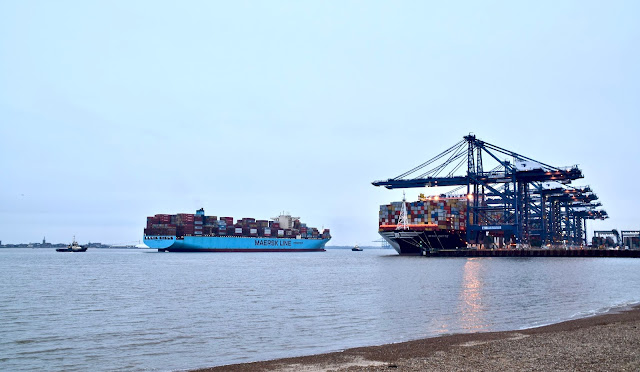 Network changes being adopted by container lines operating on the Asia-Europe trade will result in record high transit times, according Alphaliner.

Transit times from Asia to northern European ports have increased from an average of eight weeks in 2007 to more than 11 weeks now as carriers cut speeds to reduce the impact of rising bunker costs.

But the use of ever-larger vessels has also played a part in increasing total voyage times, as longer port calls were required en route to work the ships.

Average vessel size on the trade lane had more than doubled to 15,000 teu now, compared with 2007 Alphaliner said.

2M carriers Maersk and Mediterranean Shipping Co would extend tow of their Asia-northern Europe services to 13 weeks. This would make the AE-5/Albatross and AE-10/Silk services the longest strings on the Asia-northern Europe trade.
“The extended 91-day rotations for both services includes planned diversions for bunkering calls at the Russian Baltic port of Kaliningrad, which add more than four days to the loops’ total rotations,” Alphaliner said.

The Alliance has also stretched the rotation of its FE5 from nine weeks to 10, while HMM has extended its standalone AEX service from 10 to 11 weeks.

The Ocean Alliance, however, is shortening the rotation of its NEU3 service from 11 weeks to 10, by removing calls at Ningbo and Shanghai. A new service covering those two ports will also run over 10 weeks.

The changes would also see another 300,000 teu, representing 8.3% of current capacity, added to the trade from April, Alphaliner said.

The bulk of this capacity addition would come from the Ocean Alliance partners, which are increasing capacity on the trade by 22%.

The Alliance will add just 5%, while 2M is reducing its capacity by 5% by using smaller units on three loops.

Meanwhile, HMM is expected to increase the capacity of its AEX service by nearly a quarter as it replaces its current 4,700 teu-5,300 teu fleet to 6,300-6,800 vessels.
First published on www.lloydslist.com
Contact the Editor to comment on this story